The sweet smell of success in Myanmar

The sweet smell of success in Myanmar

Daw Khin Than Myint makes jelly sweets in her home near the village of Aung Zay Ya, in Myanmar. A trader will come by later in the day and buy her sweets, which he will then carry to the local market to resell. She has recently started up her business again - she used to sell sweets in the past, but couldn’t make a profit, as she had to borrow the money to buy the raw materials from local moneylenders, at interest rates of 10 per cent per month. Thanks to the Rural Business component of IFAD's Fostering Agricultural Revitalization in Myanmar (FARM) project, she can now borrow small amounts of money at one fifth of that interest rate.

As part of the FARM project, local facilities called Knowledge Centres are being established at the community level in several villages in Myanmar. These centres operate over areas spanning a few villages each, and are managed by staff seconded from the Ministry of Agriculture, Livestock and Irrigation (MoALI), which the FARM project trains to support both farmers and landless villagers in their communities. Landless villagers can request the type of support that they need most from their knowledge centre. 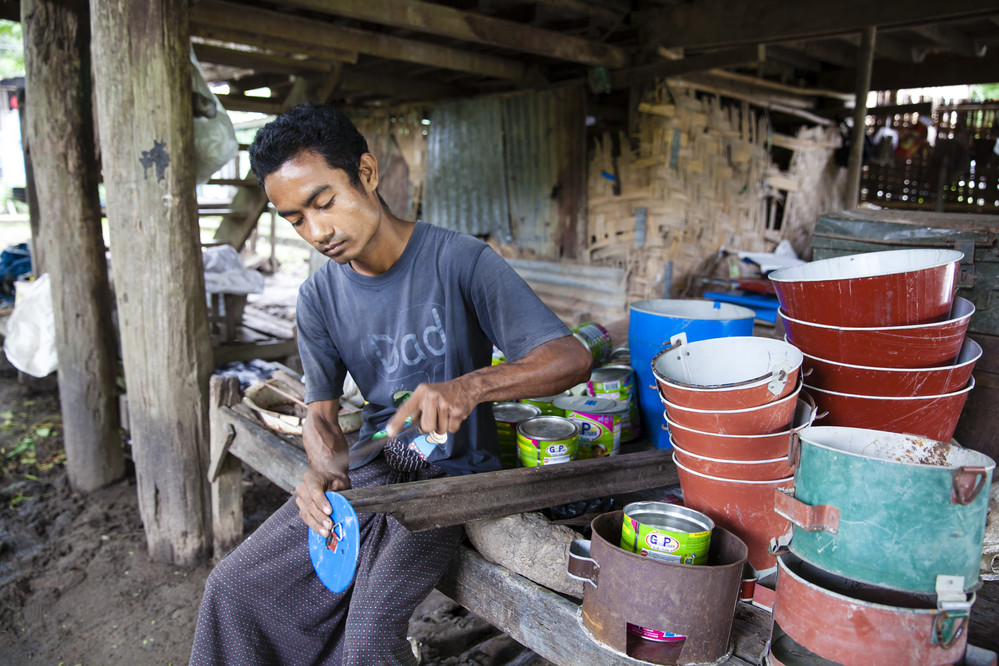 U Kyaw Tun Lin is a tinsmith who lives near the village of A Lar, in Myanmar. He recently took a small loan through the FARM project to purchase tools and raw materials for his trade which he will pay back within 12 months.

Micro-entrepreneurs are given financial and/or vocational training, organized in Common Interest Groups, helped to apply for micro-loans and establish revolving funds, and taught to self-govern and decide on the allocation of these funds. The members of the “Toe Thet Aung Myin” CIG, to which U Kyaw Tun Lin belongs, received a total of 200’000 MMK (about US$180 at the time) and distributed the money amongst a few members to invest in their business. Once these members have paid back their loan into the Common Interest Groups’s revolving fund, other members will be able to borrow funds at the same conditions. 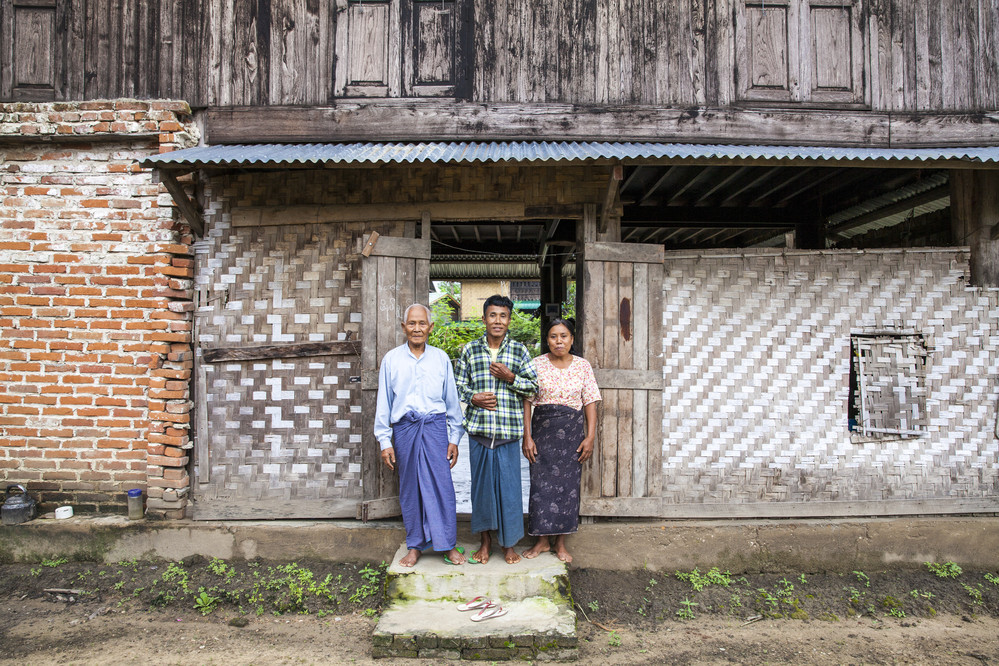 U Myint Oo, pictured here in front of his home with his father and wife, is a rice farmer near the village of Mezali Kone. Thanks to the local Knowledge Centre, U Myint Oo now grows rice seed for a local company which pays him at the start of the season to grow the seeds, and then collects a part of the harvest as repayment. He is free to do as he pleases with the remainder of the harvest. 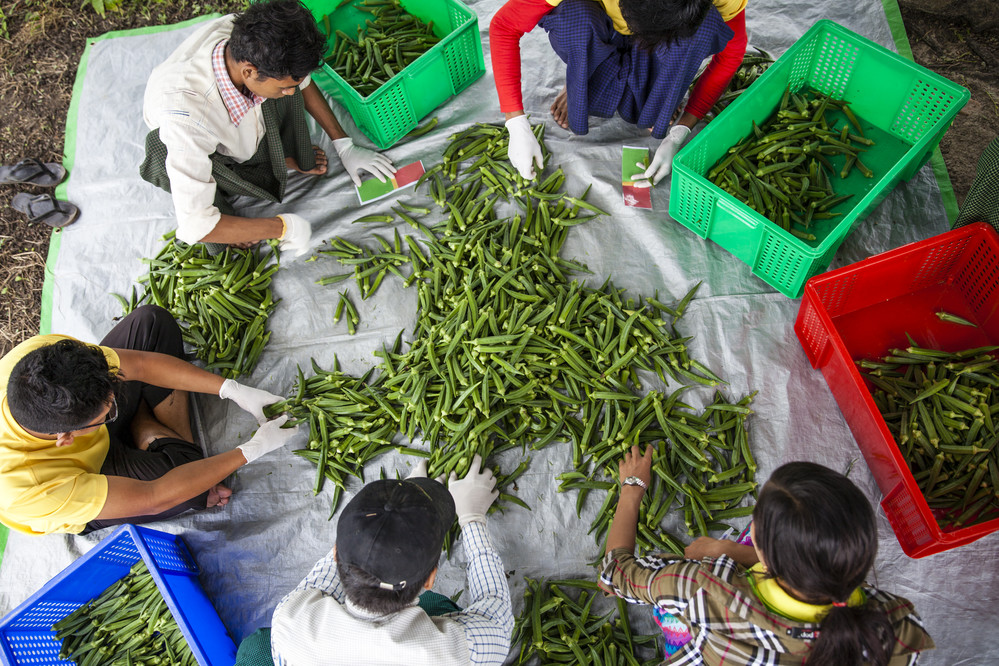 Workers sort and grade the morning’s okra harvest by size, near a field not far from the village of Si Pin Thayar in Myanmar. The company they work for will purchase the portion that matches their requirements, freeze it at a local facility and export it to Japan where it will be used in hospital meals. The okra was grown on contract by U Myint Khaing, a farmer who was linked to the private company and helped to navigate the contract by the manager of the local Knowledge Centre. U Myint Khaing, is very happy to have entered into an agreement with the company: he estimates that by the end of the season he will have made ten times the profit he made growing tomatoes on this field the previous year. He is going to expand okra production to a larger area for next year, and local farmers have been visiting his fields and considering signing contracts for the production of other vegetables as well.

Find out more about IFAD in Myanmar