In this month’s programme, we’re keeping farmers in focus. We’ve got the latest on how farming communities are coping with the COVID-19 crisis.

We begin with an interview with IFAD’s President, Gilbert Houngbo. Then we explore the world of livestock farming with Antonio Rota, who tells us what the hot issues are and where the innovations are coming from. We also visit some livestock projects in Kenya with our correspondent Guyo Roba in Nairobi.

We speak with Paul Luu, the boss of the 4 per 1000 Initiative, about how healthy soils can act as a carbon sink. We also hear from ag-tech start-up Indigo with news on how they’re helping farmers earn money through carbon credits and better soil management.

All over the world, IFAD-supported projects have been recalibrating to deal with the new normal. We check in with three projects from across Asia, with reports from Afghanistan, China and Pakistan. 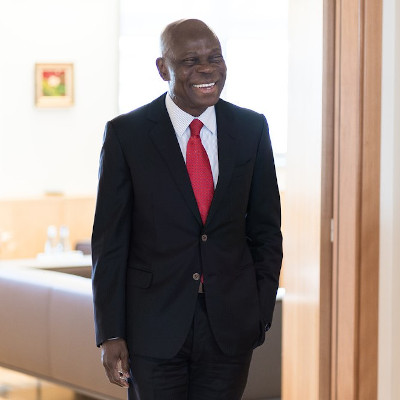 Considering IFAD’s unique position to reach out to rural communities around the world, we asked President Gilbert Houngbo to comment on the effects that COVID-19 has already had on these communities and what he expects to see moving forward.

Many rural communities in developing countries have been hit hard, not only due to the medical emergency but also because of economic slowdown and stagnation.

At IFAD, we have established the Rural Poor Stimulus Facility, through which COVID-19 response grants will be financed. At the same time, IFAD has already made considerable progress in responding to the pandemic by repurposing funds from existing projects, and by financing analyses to inform policy- and decision-making. 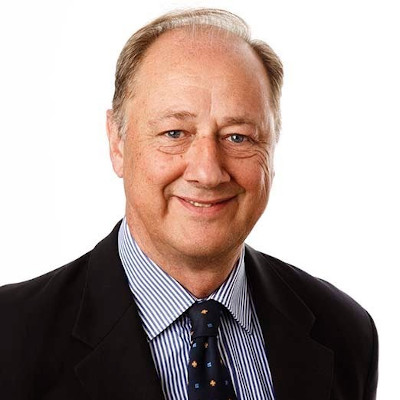 Livestock farming is becoming something of a hot potato (if you’ll excuse the pun). With the increasing calls from many sides to reduce meat consumption due to both health and climate change concerns, there doesn’t seem to be a week that goes by when meat isn’t in the headlines. We asked Antonio Rota, IFAD’s leading technical specialist on livestock, to comment on that.

His response explains how IFAD helps small-scale farmers in developing countries make the most of their livestock by protecting animal health, boosting productivity and sustainability, and also helping to link farmers with profitable markets.

Guyo Roba on expanding capabilities in East and Southern Africa 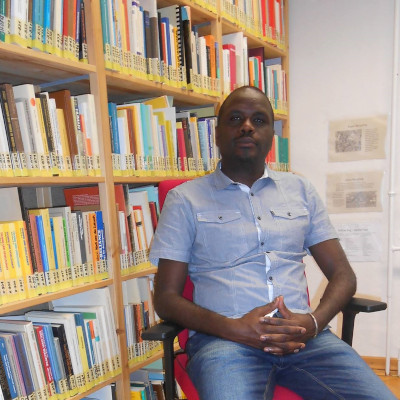 Guyo Roba is a technical specialist working with IFAD in East and Southern Africa. For some years now, he’s been working with the Borana pastoralist community in northern Kenya.

The Borana traditionally kept cattle, but with climate change negatively affecting their livelihoods, they have diversified into the more hardy camels and goats.

The project started back in 2012, with support from the United Kingdom, focusing on governance issues and mapping. But since then it has grown to work on improved water management and encouraging Borana elders to take leadership positions in the official processes that manage these areas.

Guyo’s focus has been on helping communities manage communal resources and establish inclusive planning for rangelands.

The 4 per 1000 Initiative, with Executive Secretary Paul Luu 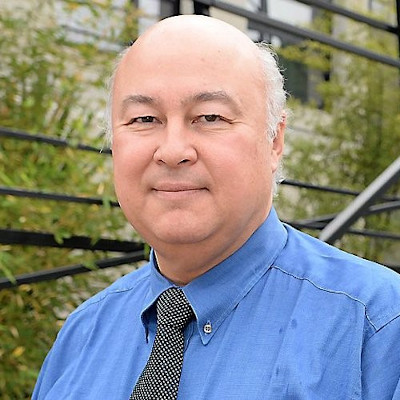 Paul Luu, Executive Secretary of the 4 per 1000 Initiative

The 4 per 1000 Initiative was launched by France at the Paris Climate Summit in 2015. Paul Luu, the project’s Executive Secretary, explains it for us.

Human activities emit enormous amounts of carbon dioxide into the atmosphere, which enhances the greenhouse effect and accelerates climate change. Every year, 30 per cent of this CO2 is absorbed by plants, thanks to the photosynthesis process. When those plants die and decompose, the carbon remains in the soil.

Global soils thus contain 2 to 3 times more carbon than the atmosphere. If this carbon level could be increased by 0.4 per cent, or 4 per 1000 parts, per year, the annual increase of atmospheric CO2 would be significantly reduced.

So how can we do this? Paul explains how we can start from a point of preservation for areas that are already intact (such as forests) and work to engage farmers in techniques such as conservation agriculture. 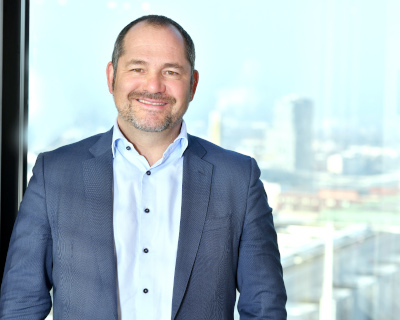 Ag-tech start-up Indigo Agriculture is on a mission to entice the world’s farmers to shift to more sustainable growing techniques.

Georg Goeres is head of Indigo’s operations in Europe. We asked him what better soil management offers farmers. He explained how carbon sequestration in soil moves agriculture from being part of the problem to being part of the solution to climate change.

In June 2019, the company launched the Terraton Initiative, a marketplace that connects farmers interested in practicing regenerative agriculture with companies that want to pay for carbon offsets. These regenerative practices include techniques such as no-till farming, using cover crops, and spreading less fertilizer.

At a time when many farmers are struggling financially, Indigo provides them with a new revenue stream: Terraton guarantees at least US$15 per ton of sequestered carbon. The company had expected to enroll around 1.5 million acres of farmland in the initiative within six months of its launch, but so far, farmers with more than 15 million acres combined have expressed interest. 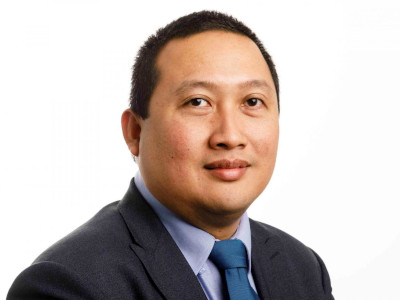 In Afghanistan, IFAD’s CLAP project is working with nomadic Kuchi households in the north and east of the country. We spoke with Country Programme Manager Candra Samekto about what IFAD is doing to help this community and how they’ve changed the way they’re working under the pandemic. 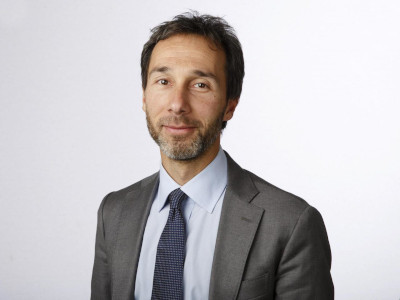 Matteo Marchisio, our Country Director for China, worked on the YARIP project, which was completed in 2018. The project area comprised 45 townships in Yunnan, a Chinese province that borders the Lao People’s Democratic Republic, Myanmar and Vietnam. Its activities gave special priority to women and ethnic minorities.

The ZhanYi Women Embroidery Farmers Cooperative was one of the groups supported by YARIP. Matteo caught us up on what they’ve been doing differently since COVID-19 hit. 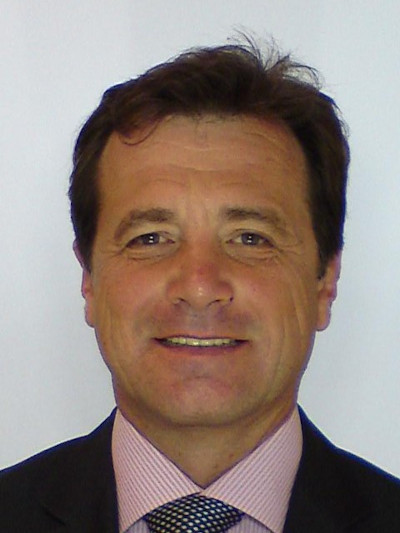 One of the projects IFAD supports in Pakistan is the Innovations Transforming Agriculture and Rural Livelihoods Project, which has been working with women in the region of Gilgit-Baltistan. Although it started just last year, it’s already returning results that show how resilience can support rural communities during a global pandemic. We asked Hubert Boirard, our Country Director for Pakistan, to tell us more.

Stories from the field with Antonio Rota

IFAD’s livestock specialist Antonio Rota returns to the microphone. Having worked with rural communities across the globe, Antonio has a wealth of stories about how investing in livestock can have huge benefits for farmers' livelihoods.

Please join us again, fresh from the farm, in August!

Thanks to our producer Francesco Manetti, our reporter Julia Guimaraes and everyone else who’s worked on this programme. But most of all, thanks to you for listening to this episode of Farms. Food. Future., brought to you by the International Fund for Agricultural Development.

You can find out more about any of these stories here.

We also have Arabic, French and Spanish versions of this podcast, available here.

And don’t forget, we want to hear from you – what you think about our stories and the issues we discuss, and who you want us to be talking to – so please get in touch with me at podcasts@ifad.org.

Also, don’t forget to subscribe to this podcast via your favorite podcast platform – and please rate us!

Until then – from me, Brian Thomson, and the team here at IFAD – thanks for listening.