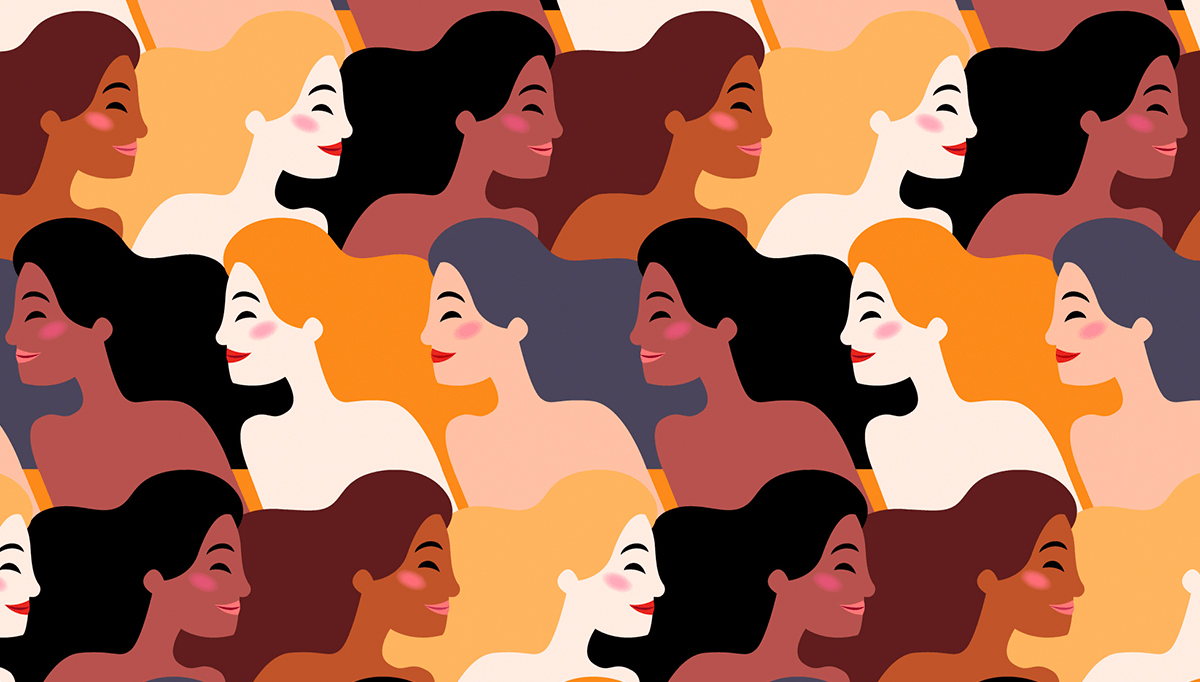 We also have farming future news from partner projects working on the front lines of women’s rights in Uganda and India.

After that, we’ll be putting the glam back into the green movement and talking about what sustainable fashion means for farmers. And we hear how solar cookers could be an interesting option for lowering emissions from cooking in developing countries.

We celebrate International Women’s Day on 8 March, and this year the theme is "Each for Equal." Ndaya Beltchika is IFAD’s Lead Technical Specialist on Gender and Social Inclusion. She told me that this year’s theme is all about gender equality being a concern for everyone.

It celebrates the achievements of women but also works to increase awareness of the challenges women and girls face in the ongoing fight for equality. I asked Ndaya about the situation of women and girls when it comes to farming future in rural communities.

Later in the audio portion of our programme, we carried on our conversation to look at the power of International Women’s Day and why we still need it.

A major partner for IFAD’s work on gender is India’s Mahila Arthik Vikas Mahamandal – also known as MAVIM. It is the Women’s Development Corporation for the Indian state of Maharashtra.

Established 45 years ago this year, MAVIM has partnered with IFAD on its Tejaswini Maharashtra Rural Women's Empowerment Programme. This programme focuses on women’s development, building on lessons learned from earlier projects that demonstrated women’s self-help groups are an effective means of improving the living conditions of poor households.

The programme is present in more than 10,000 villages in some 33 districts of Maharashtra – and the self-help groups that are a key part of the work comprise a network of more than 1 million women. This programme ensures that poor rural women have a wider range of opportunities and support, strengthens women’s self-help groups, and provides access to financial services. It also improves income generation by developing skills and providing market and policy support. It increases women’s access to functional literacy and labour-saving infrastructure. It also boosts their participation in local governance as well as supports government policies that empower women.

Shraddha Joshi is Managing Director of MAVIM. She explained more about the unique features of the Tejaswini Programme.

One of the major lessons MAVIM learned since being set up was that empowering women is not just about improving their economic situation. Shradda told me how they changed their approach in the Tejaswini Programme.

Another innovation in the project has been the setting up of community-managed resource centres. These bring together around 150 to 200 self-help groups, formed in a cluster of around 20 villages. Shradda also summarized the main benefits from the entire project.

Project for the restoration of livelihoods in Uganda

As International Women’s Day comes around, we’ve been featuring a project in Uganda that’s putting women front and centre in the farming future equation. IFAD is working with the Project for the Restoration of Livelihoods in the Northern Region – or PRELNOR.

Judith Ruko is the Community Development Specialist with PRELNOR. She explained that the project improves incomes and food security. But, she told us, women are also facing even bigger issues in the region.

Traditionally, they don’t own the land they live on, as it passes down through the male line of the family. This can lead to women, who do up to 80 per cent of the work on farms, not owning the proceeds of their labour – and even having limited or no decision-making powers on their income. Judith explained how the project targets the issues facing women.

The results of the project, which started nearly 5 years ago, speak for themselves. Forty-four per cent of the agricultural extension workers employed by the project are women. Normally this sort of paid job was only done by men, but now, with the community-based volunteers, 50 per cent are women.

This means that, overall, women are talking to each other about their issues and what can be done to improve things. All of the 14,000 female-headed households are now members of farmer groups, where they get the latest information and support services. All of these 1,200 farmer groups have women in leading positions.

The project is reporting reduced levels of gender-based violence and improved food security for female-headed households. And 90 per cent are saving money, with 90 per cent also using pictorial visions to plan and invest for the future.

The fashion and luxury goods industry is big business. And like many businesses, it’s increasingly responding to consumer demands to be sustainable.

This also has implications for agriculture as a major contributor of raw materials to that industry. Xenya Cherny Scanlon is a long-time environmentalist and fashionista who keeps a beady eye on what’s going on in the fashion and luxury goods industry in her blog Green Stilettos.

She set up Green Stilettos 7 years ago to put the glam back in the green. Xenya explained why this is an important issue for smallholder farmers and for the overall farming future of developing countries.

Solar Cookers International, or SCI, improves human and environmental health by supporting the expansion of effective, carbon-free solar cooking in the regions of greatest need.

SCI leads through advocacy, research, and strengthening the capacity of the global solar cooking movement. They say that 3 out of every 7 people on the planet lack sustainable fuel to cook their meals and make water safe to drink.

People who can harness free solar energy for cooking breathe cleaner air, drink safe water, and preserve the environment. But nearly 3 billion people cook over wood, animal waste, or charcoal fires, breathing in smoke and soot for hours every day. And even more rely on expensive, unsustainable fossil fuels.

SCI are busy encouraging countries to include solar cooking in their nationally determined contributions to reduce CO2 emissions under the Paris Agreement (the UN’s climate deal).

I spoke with Caitlyn Hughes, the Executive Director of SCI, and asked her to explain how successful solar cookers are in reducing emissions compared to other sources of energy.