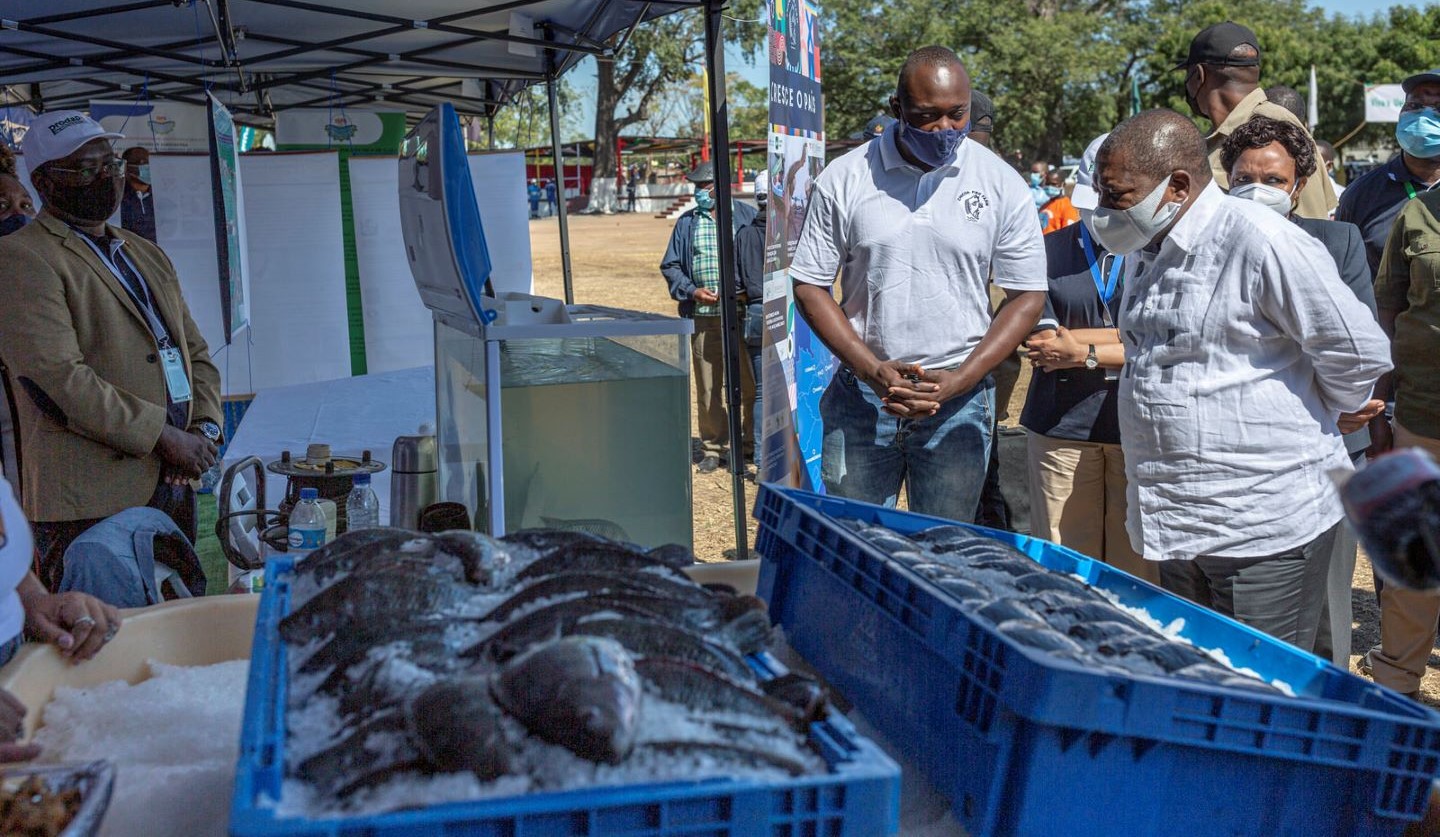 Rome, 2 June 2021 – On 28 May 2021, Filipe Jacinto Nyusi, President of the Republic of Mozambique, launched a new project to reduce poverty and increase production and incomes through aquaculture for more than 88,000 rural small-scale fish farmers. The launch took place in Chitima, Tete Province. Supported by the International Fund for Agricultural Development (IFAD), the PRODAPE project will play a crucial role in the socio-economic development of the country and improve nutrition and food security.

“The promotion of aquaculture dominated by the family sector fits perfectly into the Government's strategic vision, as the process favors the insertion of rural families in the economy, and in the entire value chain for job creation and income,” said Nyusi. “We like to start with controllable acts, but to grow, not start big and go down”.

Mozambique is home to a wide variety of fish, which can be farmed and thus help to address the country’s nutritional challenges, as well as providing exports for regional markets. However, aquaculture development in the country has been challenging due to the lack of access to inputs such as fish feed, seeds and financial services.

“Fisheries and aquaculture are key elements of the Blue Economy and Agenda 2030. This sector contributes for food security, nutrition and employs 60 million people,” said Sara Mbago-Bhunu, Regional Director for East and Southern Africa Division of IFAD. “This US$49 million project aims to support the transition of the aquaculture sector from subsistence to commercial production, underpinned by the involvement of small-scale farmers, particularly women and unemployed young people ready to embrace aquapreneurship”.

Funding includes an $8.6 million loan and $34.4 million grant from IFAD. In addition, the Government of Mozambique is providing $3.1 million, with a further $2.9 million contributed by beneficiaries themselves.

The new project aims to develop a cheap protein source for improved diets, and to create jobs and income-generating opportunities for rural people in 23 districts in seven provinces. The project will also reduce the participants’ vulnerability to climate change through sustainable practices and draw lessons from the cyclone Idai and Kenneth disasters of 2019.

The project will promote a range of sustainable fish production technologies such as earthen ponds, use of solar and wind-generated energy along the cold chain, fishponds integrated with livestock and crops, and cage culture in large inland water and modern aquaponics systems. It will establish and consolidate local commercial input supply networks for fish feed and fingerlings at competitive and affordable prices.

PRODAPE will help integrate small-scale fish farmers into the aquaculture value chain, linking them to markets and business partners. It will also facilitate access to affordable financial services through the ongoing IFAD-supported Rural Enterprise Finance Project in Mozambique.

Since 1983, IFAD has invested more than $386.47 million in 15 rural development programmes and projects in Mozambique worth a total of almost $585million. These interventions have directly benefited 2,391,789 rural families.

IFAD invests in rural people, empowering them to reduce poverty, increase food security, improve nutrition and strengthen resilience. Since 1978, we have provided US$23.2 billion in grants and low-interest loans to projects that have reached an estimated 518 million people. IFAD is an international financial institution and a United Nations specialized agency based in Rome – the United Nations food and agriculture hub. More about IFAD: www.ifad.org.