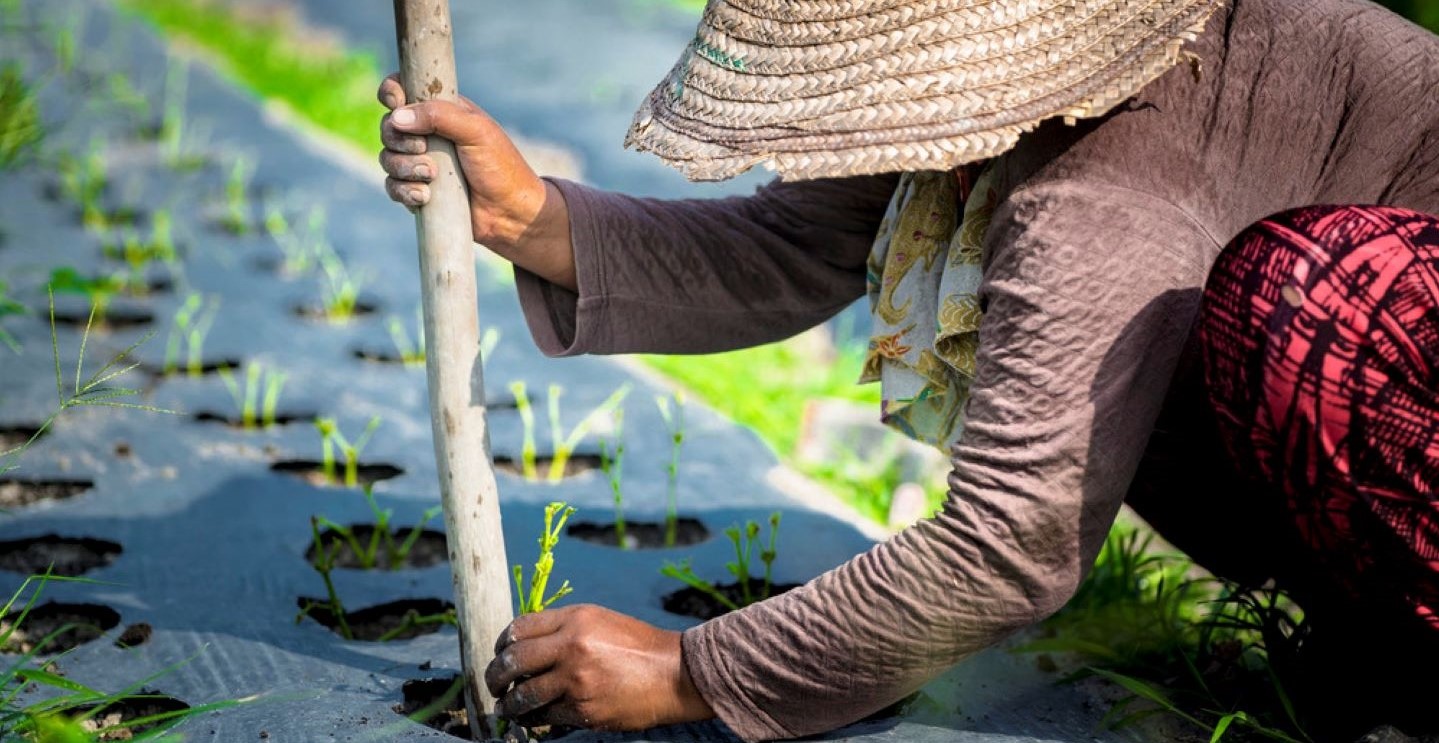 This summer’s IPCC report, released in advance of COP26, presented a stark warning on the impacts of climate change. Global warming is already contributing to many observed changes in weather and climate extremes – droughts, heavy precipitation and floods – shifting planting and harvesting times, and affecting agrifood systems and the communities that rely on them. And, according to the report, global temperatures are projected to keep increasing. Unless human-induced greenhouse gas emissions are drastically reduced, the frequency and intensity of these events will increase, with severe impacts on agriculture and global food security.

In the face of this gloomy picture, it’s clear that no progress can be achieved without the active participation of China. China is the largest greenhouse gas emitter in the world, and the source of more than a quarter of all greenhouse gases produced globally.

China is aware of its role in, and responsibility to lead, the global effort to reduce emissions and to address climate change. At the 2020 UN General Assembly, President Xi Jinping indicated China will reach the peak of its carbon dioxide emissions before 2030 and achieve carbon neutrality by 2060. Shortly thereafter, in December 2020, China announced new Nationally Determined Contribution targets that improved upon its previous non–fossil-fuel share and carbon intensity targets and added a new target for renewable energy capacity.

Yet China’s ambitious goal of achieving carbon neutrality by 2060 cannot be achieved by relying on a low-carbon transition of the energy system alone. Emission reductions in agrifood systems and the potential of grasslands, wetlands and forests as carbon sinks must also be considered.

Today, emissions from agricultural activities represent about 70 per cent of emissions from the country’s agrifood systems. This portion of emissions could be significantly reduced by improving agricultural technologies – for instance, through reducing the use of chemical fertilizers, promoting green pesticides, adopting improved livestock production management and other sustainable agricultural technologies and practices. The report estimates that, if these measures are combined with shifts in dietary patterns, emissions from agrifood systems could be reduced by almost 50 per cent by 2060, thus significantly contributing to the country’s total emissions reduction.

Other cost-effective approaches to emission reductions include changes in land use and the use of forestry as a carbon sink. According to the report, carbon sequestration via forestland, farmland, grassland and wetlands could almost completely offset greenhouse gas emissions from agrifood systems by 2060.

IFAD has long supported China in this effort. The South Gansu Poverty-Reduction Programme, for instance, introduced a series of measures to restore degraded ecosystems, including through reforestation and the rehabilitation of pastureland. Similarly, the Environmental Conservation and Poverty Reduction Programme in Shanxi and Ningxia helped enhance the carbon sink capacity of project areas by rehabilitating almost 13,000 hectares of rangeland and developing or protecting more than 7,000 hectares of forestland. And the Qinghai Liupan Mountain Area Poverty Reduction Project helped a provincial reforestation programme counteract desertification by growing 4.4 million saplings. Other projects in other provinces have also contributed to enhancing the country’s overall carbon sink capacity.

The importance of investing in reforestation and in sustainable agricultural technologies and practices was underscored in a recent study by McKinsey that suggested investments in agrifood systems have the potential to reduce about 20 per cent of total global emissions by 2050. The study confirms the important role that agriculture can play in driving solutions to reduce greenhouse gas emissions, as well as the importance of investing in these practices and technologies.

Moreover, the Global Commission on Adaptation has estimated that a US$1.8 trillion investment in “climate-smart” agriculture and technologies could generate about US$7.1 trillion in avoided costs and in social and environmental benefits.

We believe this would be money well spent.

A version of this op-ed first appeared on the China Global Television Network website on 3 November 2021.