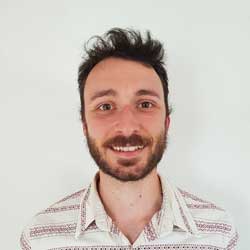 The majority of the worlds’ poor live in rural areas and rely closely on biodiversity for food security, nutrition and employment, with agriculture providing the primary source of employment. Despite standing to suffer immensely from the decline of biodiversity, agriculture is the lead driver of biodiversity loss, primarily through conversion and fragmentation of habitat and unsustainable intensification. Food system transformation is required to protect biodiversity and ensure the resilience of food systems in the face of climate change.

IFAD invests in projects that promote the sustainable use and conservation of biodiversity and other natural resources. The rural and indigenous communities that IFAD works with hold valuable knowledge of Neglected and Underutilised Species (NUS) that are adapted to local environments and contribute to providing more diverse and nutritious diets, as well as resilience to climate change and environmental shocks. In the Bahia region of Brazil, IFAD supported the production and value chain development of indigenous climate resilient crops, umbu and licuri, in the semi-arid Caatinga biome. Currently, 90 per cent of global food calories come from 103 species, with rice, potatoes, wheat and maize accounting for 60 per cent alone, despite the fact that 7,000 plant species have been cultivated for food throughout history. The biodiversity of food plants is vital for humanity's capacity to meet sustainability challenges, better understanding of NUS, wild forage and food sovereignty can help to create nutritious, and climate resilient low input food systems. Cultivation of diverse crops as an activity can empower women and indigenous communities and their invaluable specialised knowledge must be protected and represented in policy and decision-making.

To date, global policies have largely tackled biodiversity loss and climate change independently, despite the inextricable links between the two. Addressing synergies between mitigating biodiversity loss and climate change, climate adaptation and social and humanitarian issues offers the opportunity to maximize the benefits and impacts of investments to contribute to the achievement of numerous interconnected Sustainable Development Goals.

Rural small-scale producers in the global South are a pivotal group to target to reap the benefits of leveraging these synergies. They are on the frontlines of biodiversity loss and climate change, as well as bearing multiple burdens of poverty, hunger, malnutrition and insecurity. Despite producing around 50 per cent of the world’s food, they are among those most likely to go hungry and lack the resources and capacity to effectively adapt to these overwhelming circumstances. Small-scale agriculture remains at the margins of international dialogues, decision-making and finance flows. Despite being hit earliest and hardest by climate change, just 1.7 per cent of international climate finance flows being directed to them.

With the UN Convention on Biological Diversity, the UNFCCC COP26 and the Food Systems Summit all later this year, there is a critical opportunity to highlight the interlinkages between the environmental and social issues that fall heavily on the shoulders of small-scale producers. IFAD is committed to raising the voices of these producers to make sure that they are at the heart of integrated global development efforts.

Sustainable use of biodiversity is fundamental to IFAD’s work, and reconciling biodiversity conservation and human needs is a major challenge, which requires greater global attention to provide innovative and locally nuanced solutions. IFAD’s stance on biodiversity conservation is reflected in the first guidance statement of IFAD’s Social, Environmental and Climate Assessment Procedures (SECAP), which frames the relationship between IFAD operations and biodiversity. In December this year IFAD will take its first Biodiversity Strategy to the executive board. The Strategy will be an important vehicle for stepping up and facilitating a more systematic, strategic and widespread integration of the protection, sustainable use and promotion of biodiversity in IFAD operations.