Recipes for Change: A conversation with Chef Shane Chartrand

Recipes for Change: A conversation with Chef Shane Chartrand 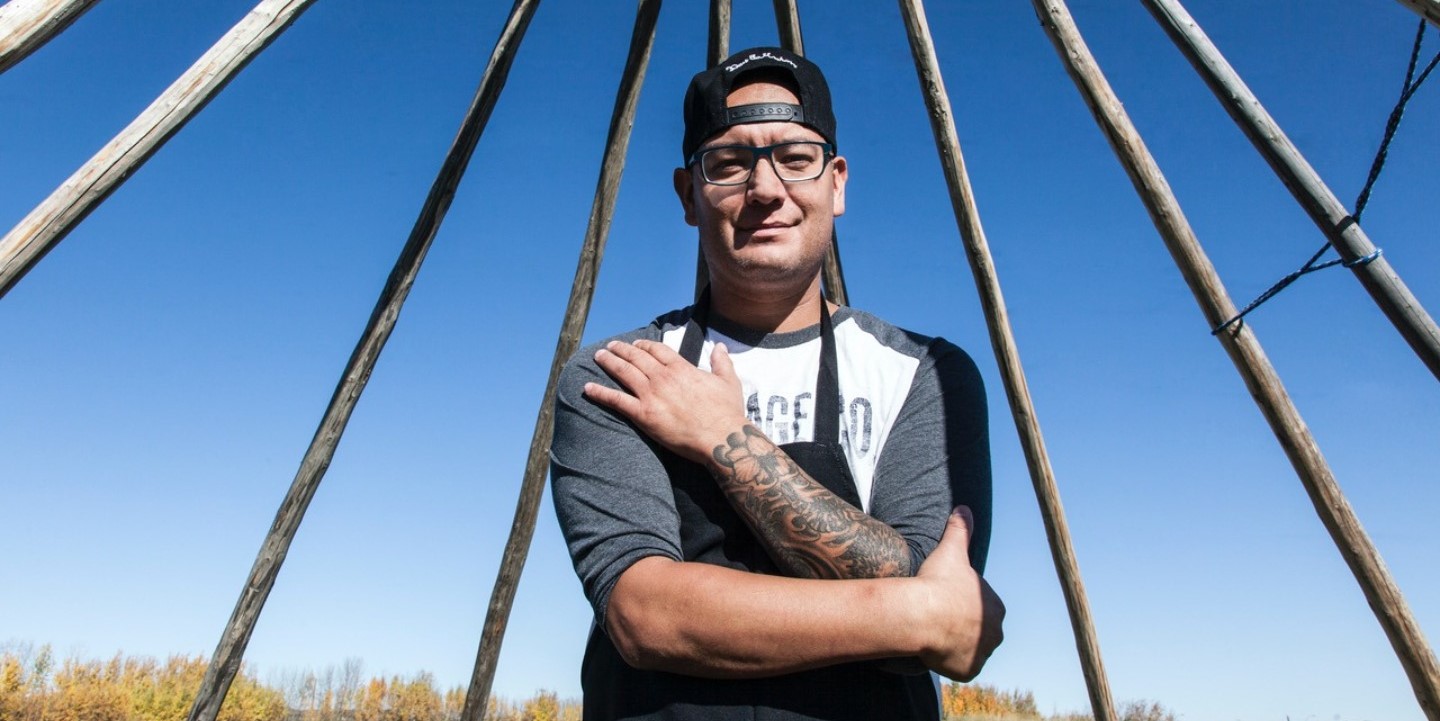 For over a decade, Chef Shane Chartrand has been on a personal and culinary journey: figuring out what it means to be of Cree descent and of Métis upbringing, and how to integrate that into being a professional chef living and working in Edmonton, Alberta, Canada, on Treaty 6 territory.

(Treaty 6 is one of the centuries-old agreements between the Crown and the First Nations peoples that establishes shared land and resource use across much of what is now Canada. Treaty 6 territory spans much of the lands now within the provinces of Alberta and Saskatchewan.)

We sat down with Shane to ask him about his Indigenous and culinary background and his hopes for the Recipes for Change campaign.

You have published a book, tawâw: Progressive Indigenous Cuisine. It traces your culinary journey from your childhood, where you learned to "raise livestock, hunt, and fish on your family's acreage." How has your childhood impacted your work as a chef, even nowadays?

It actually didn't impact my career as a chef until later on. When I was a kid, I did not like farming. I wanted to be with my friends in the city.

I was probably in my mid-20s when my farming background became something. Because, having been raised with Indigenous traditions, it took me that long to realize a lot of people don't farm, hunt, or garden. I was mortified. I was working for a big chain restaurant at the time. They were using all these different vegetables and I wondered, "This is cool, where are they getting this from?" Of course, it was not from Canada. And the more ingredients I worked with, the more I realized they're not from Canada either. I was confused. It was then that I thought back to the days of farming.

What does “progressive Indigenous cuisine” mean to you?

Progressive Indigenous cuisine, to me, means ever-changing. There's not just one style of Indigenous food: it comes from everywhere. People tend to think Indigenous food is basically whatever they’re familiar with, like Indian tacos. But there’s so much more to our world.

My book, for example, isn’t a collection of traditional recipes handed down by Elders. They’re actually all my recipes. (Of course, I had somebody help me test them and tell me when I was going too far off track.) There are ingredients and recipes in there that represent all our world has to offer – soapberries, saskatoon berries, mossberries; I’m a huge berries guy – and wild game and stuff like that too. Turkey neck soup. You know, all kinds of cool things.

But there are non-Indigenous recipes in the book too: it represents my life and my family, when I was a kid growing up and making my own recipes. This is my world of Indigenous food – how my mom and dad raised me.

As you know, at IFAD we’re all about farmers. How important for you is the link between the growers and the kitchen?

If somebody said to me, “Okay, you can’t be a chef anymore. What would be your next move? What would you choose?” it would probably be farming. I think those men and women work way hard. And it’s too easy to grab the food out of their hands and run to your restaurant without saying thank you.

I think the main idea is to make sure that we're ethical with what we're buying and what we're choosing. Getting things cheap is not a good thing, depending on what you buy. In the restaurant business, for example, we know where paying top dollar isn’t actually worth it – things like napkins, etc. But when it comes to the food, I would definitely make sure that when you walk into my refrigerator, it's clean, it's organized, it smells good, and you look around and you want to dive in and see what's in there.

Why have you decided to join the R4C community of chefs here at IFAD?

It sounds exciting and it seems like a chance to meet people who are from other places. Even if we can’t travel right now, I would at least get to meet people (virtually!) who are unique and different, and talk to them about food.

What would you like to do as an R4C chef?