Simon Chottu works hard and plays hard. An events manager by trade, he’s spent the last few years hosting hip-hop parties and organizing music events and competitions across the South Pacific. When the nightlife came to a standstill earlier this year, as first the COVID-19 restrictions and then a major tropical cyclone struck his native Solomon Islands in rapid succession, he found that his family’s business and the small-scale producers in his Guadalcanal community were struggling. Since then, he’s been working harder than ever, determined to use his organizational and fund-raising skills to help them rebuild. His “cashroots” movement is generating a buzz nationwide – and he’s confident it will help turn the current social and economic challenges into opportunities. 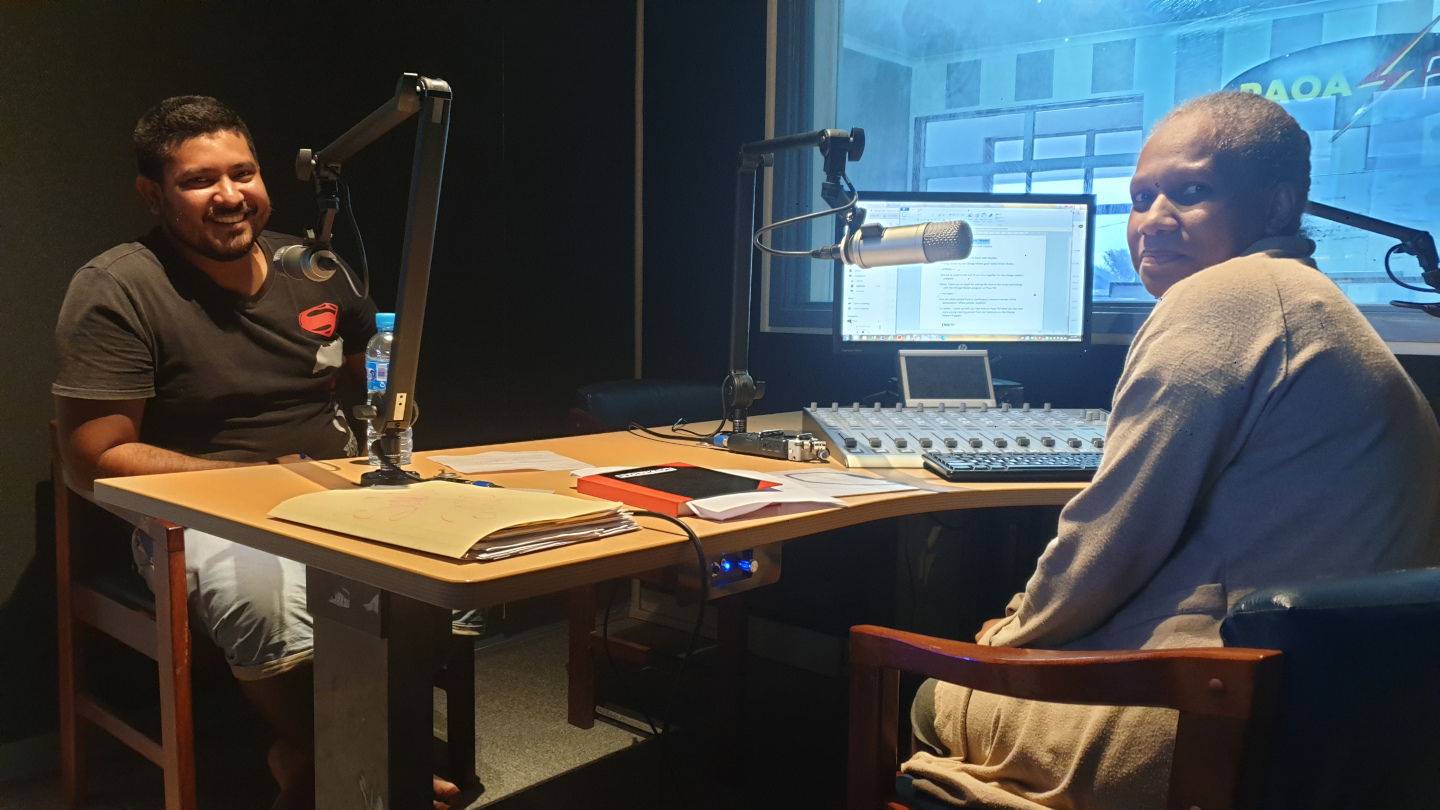 Simon’s family has owned and operated Chottu’s Guadalcanal Products (CGP) for over 50 years. Simon’s father, Jack, started the business with his own parents, back when the family were subsistence farmers selling copra (dried coconut kernels intended for oil extraction). Today, CGP is a commercial producer and leading supplier of premium-grade coconut oil in the domestic wholesale market.

CGP reached a turning point in 2016, when the Rural Development Programme (RDP II) invited Jack to be a lead partner. The programme, a joint effort between IFAD, the European Union, the World Bank, Australia’s Department of Foreign Affairs and Trade, and the Government of the Solomon Islands, supports the development of small businesses like CGP by inviting them to mentor the small-scale producers who supply them, forming a “chain-link” network of local commerce.

Jack established a small association of 20 women and men coconut farmers and copra producers from nearby communities. In line with RDP II’s community-driven development approach, Jack worked diligently with the farmers. He listened to their needs, trained them on modern farming practices and helped them develop sustainable commercial activities. 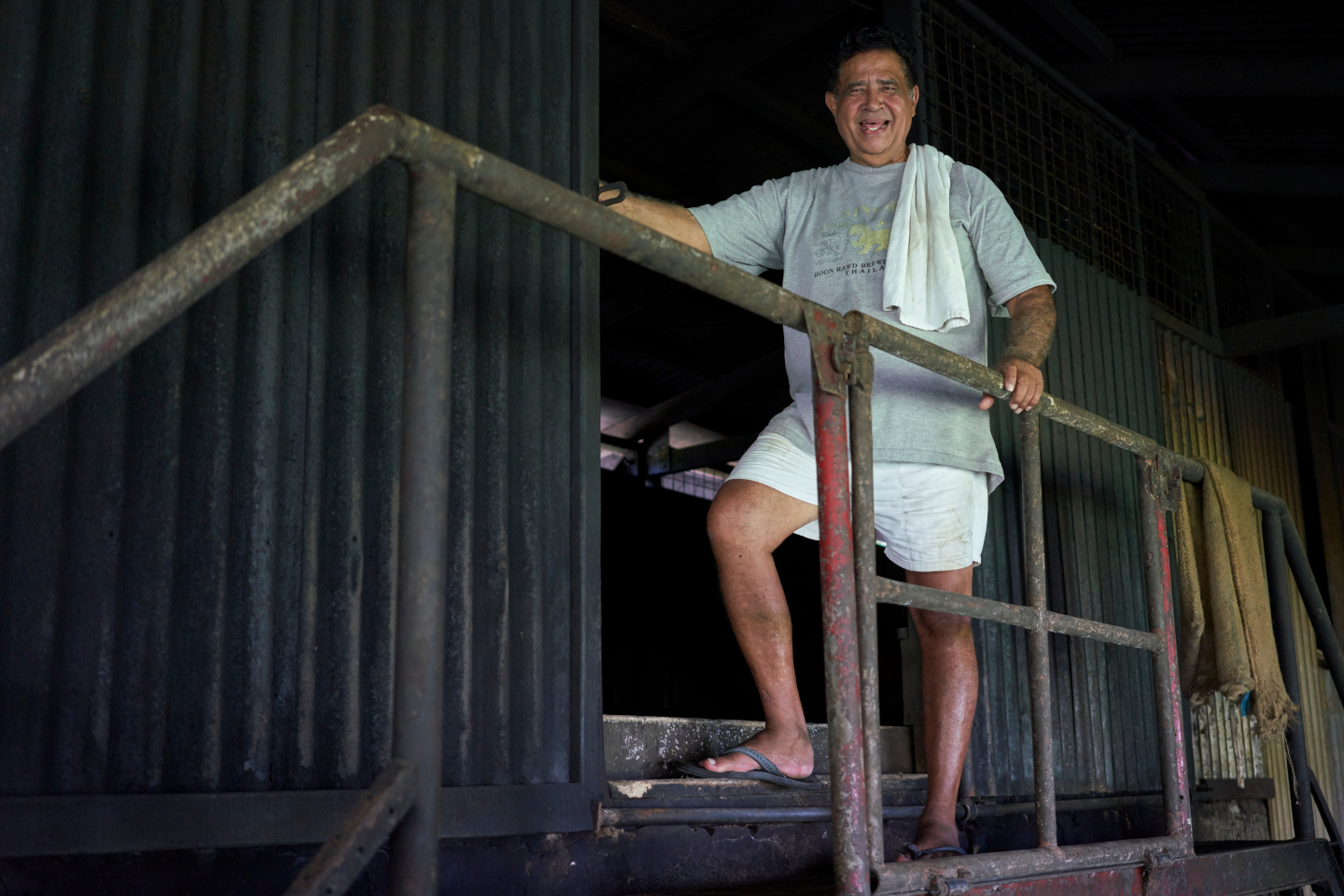 Over time, Jack’s efforts have helped increase the farmers’ production capacity and the quality of their copra, which they sell to CGP for a fair market price. They now have enough income to pay for basic needs like health care and school fees, plus some extra to invest back into their operations.

Meanwhile, CGP gained the reliable source of quality copra it needed to build a thriving, sustainable business. The new milling machine supplied by RDP II helped too, boosting CGP’s production capacity. Jack summed it up nicely: “The whole concept is that of I help you, you help me.”

It couldn’t have come too soon.

On 25 March, the government declared a COVID-19–related state of public emergency (SOPE). The country’s borders and domestic markets closed, including the Honiara central market, the main wholesale outlet in Guadalcanal where CGP sells almost all its coconut oil and other by-products.

Just a few days later, Tropical Cyclone Harold roared through the Solomon Islands, destroying key agricultural infrastructure – including many of the roads and bridges vital for connecting the association’s producers, processors and markets.

The market closure had already been tough for CGP. Demand had vanished overnight, forcing them to pile up most of their product in storage. But then the cyclone hit, driving torrential rains into their wooden warehouse and ruining their copra millrun product. There was no choice but to throw it all out.

And, as Simon soon discovered upon his return to the family business, the disruption extended throughout the entire network. The dual impact had resulted in severe income losses for all, and the very survival of everyone from the small-scale producers to agri-businesses like CGP was under threat.

Having seen the success of his father’s small association, Simon became determined to help the community rebuild and get back to business. He also knew that, above and beyond his desire to help his family’s business, there was more at stake too.

“Rural producers are the backbone of this country’s economy,” he told us.

When the government announced an economic stimulus package to address the impacts of COVID-19, the farmers turned to CGP for help filling out their applications. Simon called a meeting with the entire association – and he extended the invitation to anyone who might need help with their paperwork. Over 200 farmers from across north-west Guadalcanal showed up.

Simon listened to the farmers as they expressed their concerns and challenges. In that first meeting and in subsequent ones, he led them in discussions of ways to organize themselves and strategies for boosting agricultural development in the area. News of the group quickly spread. As the group grew larger and larger, Simon realized that it might be just what he needed to put his skills to use. 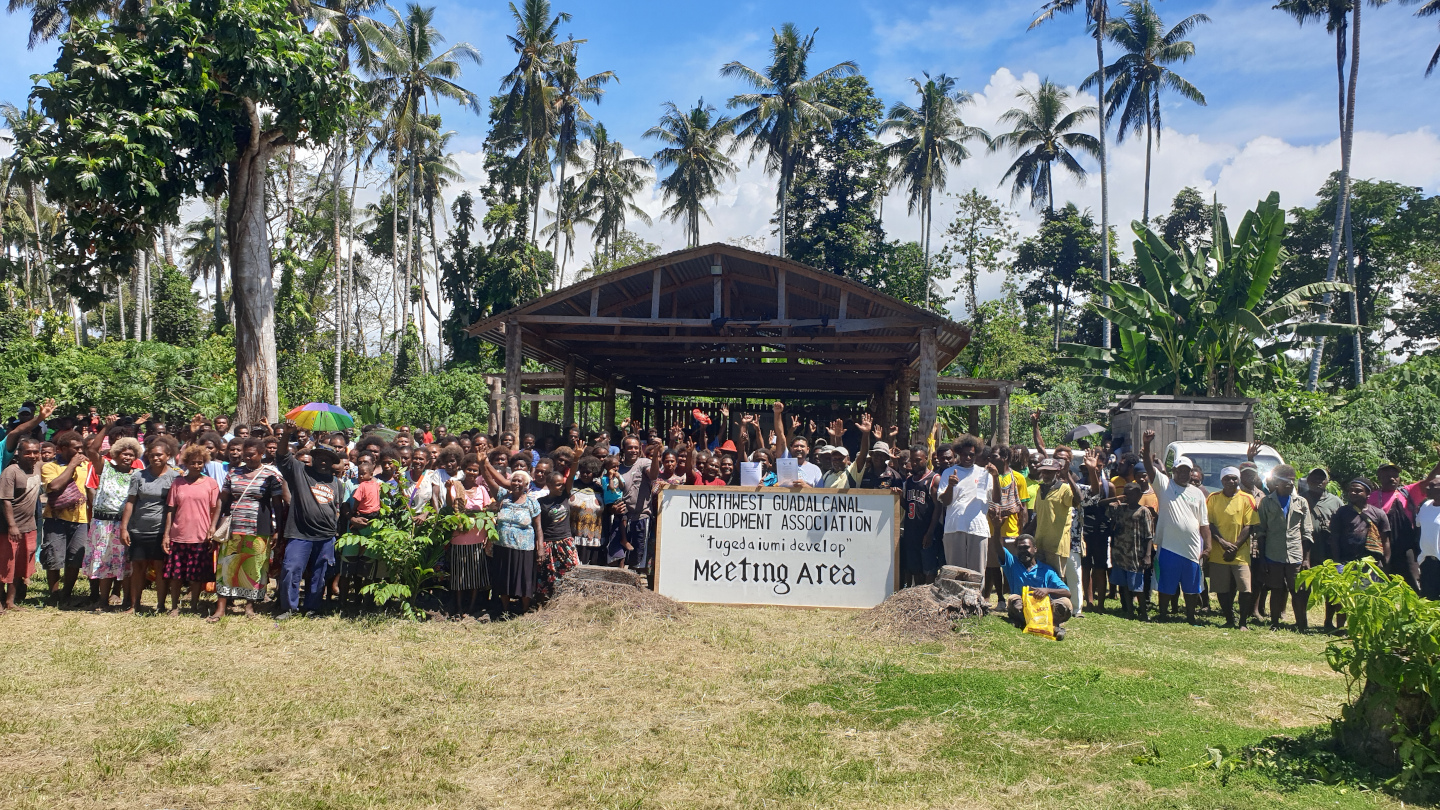 NWGDA members gather at their meeting area in Pisei village.

On 21 August, the new Northwest Guadalcanal Development Association (NWGDA) was launched with 1,221 registered members. Just 48 days later, when Solomon Islands Prime Minister Manasseh Sogavare visited the NWGDA headquarters at Pisei village, their ranks had nearly doubled. He thanked the association for their good work and said, “I encourage others to participate more in contributing to the economy of the country like NWGDA.  It is good that I brought my ministers to come and witness what you do on the ground.”

It wasn’t easy at first. Simon himself will tell you that maintaining farmers’ resilience in the midst of a global crisis is far from simple or straightforward.

“In the beginning, there was a lot of distrust,” he said. “Farmers tend to work individually, so the idea of working collectively was a big leap for them. But they changed their minds when they started to understand that the association belongs to them, and that their own communities are driving the actions that will benefit them and impact their future.”

In recognition of their work, Prime Minister Sogavare also gifted them with SI$10,000 (about US$1,200) – an impressive sum by any measure, but especially for a brand-new association.

The association is working to establish an effective supply and demand mechanism by forming collectives of producers and establishing relationships with wholesalers and butchers, and is actively promoting sales on social media channels, on radio talk shows and in print media. By selling collectively, the farmers are securing higher prices. Already, copra producers have sold for SI$ 3.00 per kilo instead of SI$ 2.40 per kilo they would have received if selling individually. Vegetable gardeners have started a successful marketplace where they establish their own prices, and noni fruit farmers already are seeing the benefits, as well.

IFAD’s support to RDP II’s community-driven partnership development approach has had an enduring impact on CGP. The family has built a sustainable business with enduring resilience and the capacity to help others – and when things got tough, Simon was able to move decisively because he saw a silver lining in the crisis. He’s still committed to seeing it through. “As chairman of the association, I will continue to grow the association and mentor the farmers to enhance their skills, reach their business goals and build a sustainable future,” he said.

Recently, the SOPE was extended through 25 November, which came as a hard reality for agribusinesses and farmers, but Simon remains determined. “We learned important lessons during the first lockdown. We know we have to do all we can to ensure that our supply links between producers, processors and consumers survive,” he said. “We – small-scale producers and processors in rural communities – must prove our resilience, even in these hard times, and prepare ourselves for whatever lies ahead.”