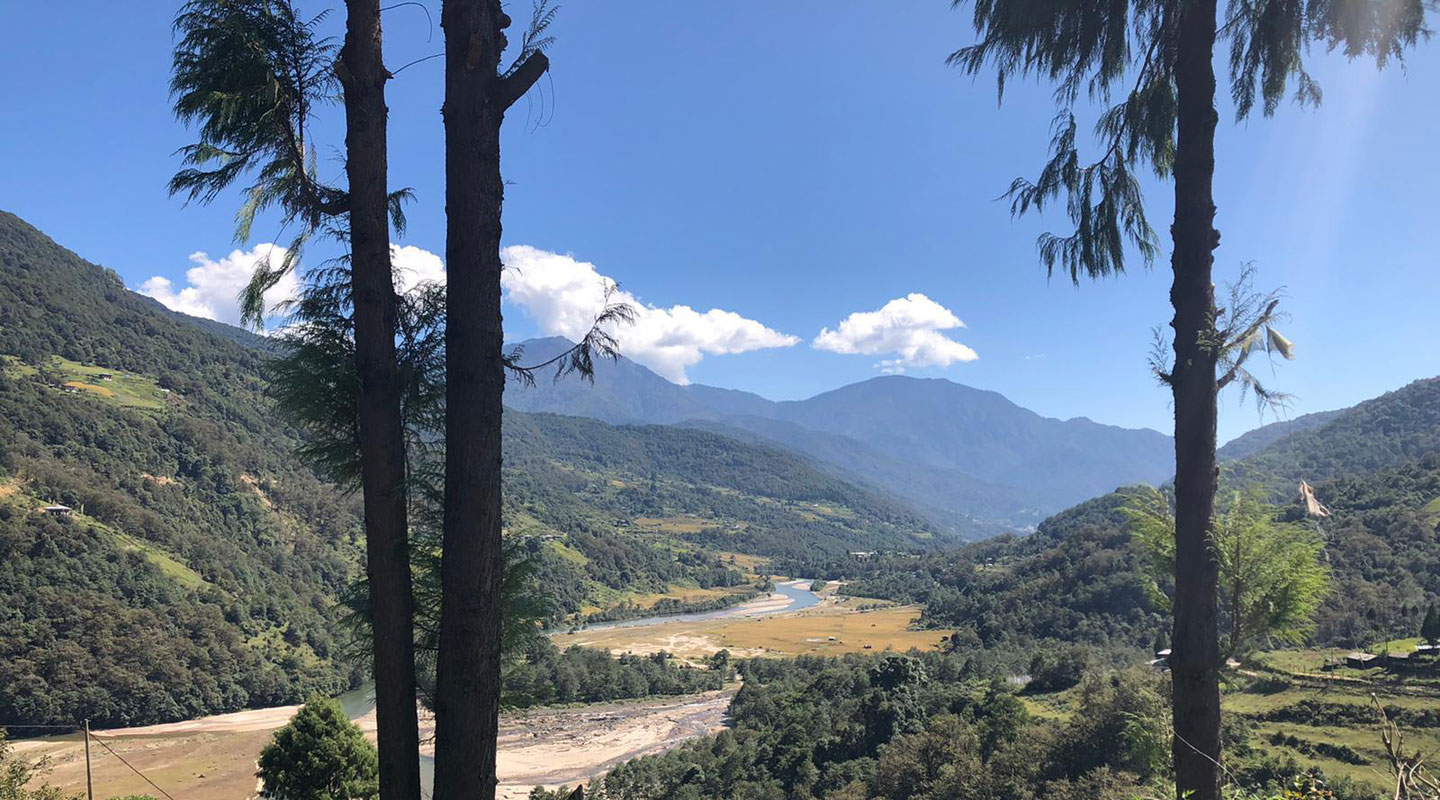 Nestled amongst the rugged Himalayas, Bhutan is home to generations of small-scale farmers. Agriculture is the foundation of this small, landlocked nation’s economy, employing more than 70 per cent of the population. Bhutan has made huge progress overall in recent years in improving its people’s standards of living, though poverty rates remain high in the eastern part of the country. 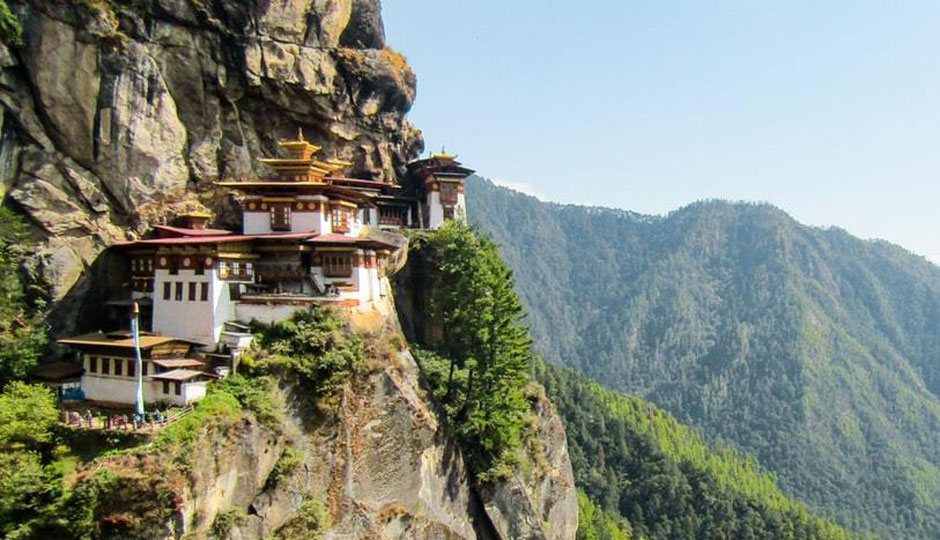 The eastern regions are also especially prone to the effects of climate change. Erratic rain, hailstorms and flash floods are coming thicker and faster than before. The seasons have shifted as well, with the formerly moderate climate separating itself into periods of heavy rains punctuated by extended dry seasons. These changes are already affecting agricultural production.

Since 2016, IFAD’s Commercial Agriculture and Resilient Livelihoods Enhancement Programme (CARLEP) has been working in six districts in eastern Bhutan to counteract these effects. The programme employs a range of strategies – and all of them emphasise putting farmers first.

“We are working with farmers to adapt to the impacts of climate change,” said Ugyen Wangchi, Agricultural Production Manager for the project. “Heavy rains bring soil erosion so we are constructing grass steps to stop landslides. Also, with a longer dry season, we are introducing drought-tolerant varieties of staple crops.”

As another way to mitigate the effects of landslides, CARLEP has also reintroduced a native variety of red rice that grows at higher altitudes.

The community of Bumdeling, in the eastern province of Trashi Yangtze, is one of the areas where CARLEP is working hard to preserve local agriculture. The chilies grown in this district are prized throughout Bhutan and are an important cash crop for local farmers – but the heavy rains are jeopardising production.

CARLEP is encouraging chili farmers to use solar driers, which give them a quick – and carbon-neutral – way to dry the chilies and ship them to market more quickly. 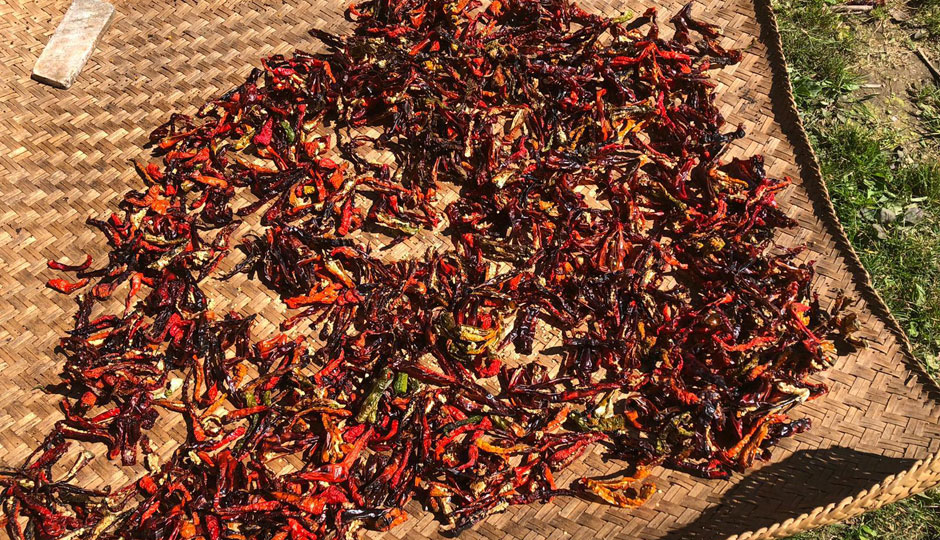 Yeshi Dema, a farmer in Bumdeling, moved here in 1980 at the age of 25. Over the last 40 years, she has witnessed the dramatic effects of climate change first-hand.

“Before, we had the same temperature through summer; now, it’s hotter and colder,” said Yeshi. “Around October we would normally collect oak leaves for cattle fodder, but now the leaves are not falling. Also, the harvest time is different from 20 years ago. Now we harvest earlier and transplant earlier – the crops are maturing faster.”

She has also noticed an increase in the number of insects surviving the winter.

Through CARLEP, farmers in Bumdeling now have access to new seed varieties that are drought- and pest-tolerant. These are reviewed on a regular basis to make sure the seeds can cope with the new pests that are surviving the milder winters.

In response to these changes, Yeshi decided to diversify her production and income source. Instead of relying on rice as a staple, she now produces nine different cereal crops, a variety of vegetables, and milk and cheese. In recent years, she has also opened up her home as a guesthouse for tourists.

In this community and across Bhutan, women do 70 per cent of the agricultural work, with men mainly working outside the family farms. With the support of CARLEP, the local women’s group plays an important part in introducing new techniques to cope with climate change. 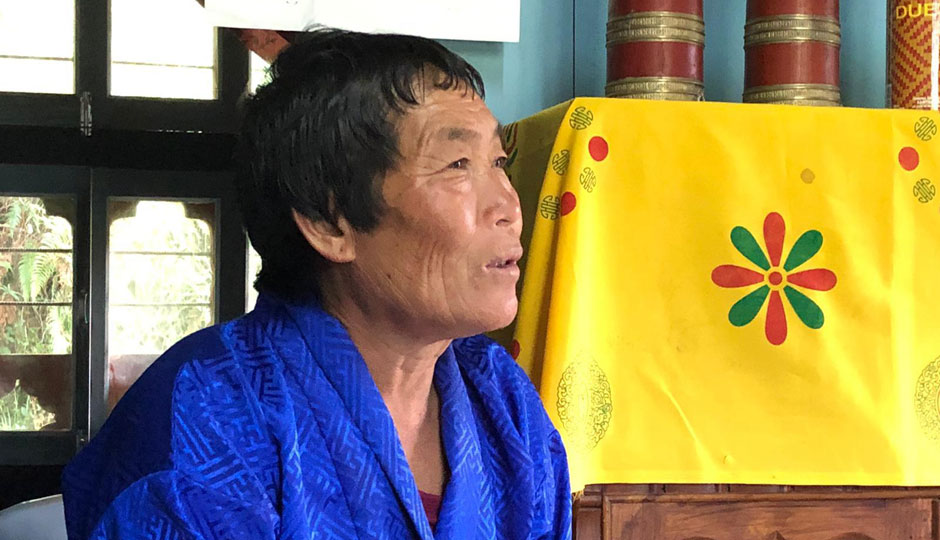 “Being in the group teaches us about seed sourcing and helps us get to market. It is good for us to be in the group as we get better access to resources and prices,” said Yeshi.

CARLEP is also helping local farmers identify new opportunities to sell their crops. A new scheme sees local farmers supplying vegetables and dairy to schools and hospitals within the region. This project has been very successful in reducing dependence on food imports and in boosting farmers’ income.

“The school and hospital scheme is working very well in terms of improved nutrition for our kids and the sick and also offering a guaranteed market for family farmers in the eastern part of Bhutan,” he said.

Climate change is expected to continue to have serious impacts on Bhutan’s farming communities. But despite this ongoing threat, life is improving in the eastern region of Bhutan. CARLEP is helping farmers successfully adapt to climate change, sustainably increase production and develop new markets through close cooperation with women’s and youth groups.