9 April 2018 - Should I stay or should I go? This question is likely on the mind of hundreds of thousands of young people in developing countries wondering what the future holds for them at home and dreaming of a better life abroad.

For Mamadou Bah, a young Guinean, the answer was very clear: he should go. With a BA in mathematics from the University of Conakry and no prospects of finding work, he wanted to seek better opportunities abroad.

But life turned out differently and farming offered him - and the many employees he has today - a future at home in Guinea.

In 2008, after graduating from university at 27, Bah could not find work. He decided to go back to his village of Timbi Madina to ask his father, a farmer in the Mamou region, to sell part of their land to finance his travel abroad.

“My father listened to me carefully, asked me to think further about it and said he would give me an answer the following day,” said Bah. “For me, there were no second thoughts, I had no option, but to go.”

The following day, Bah’s father asked him to stay and cultivate the land with him for at least one season. “I was extremely disappointed,” said Bah. 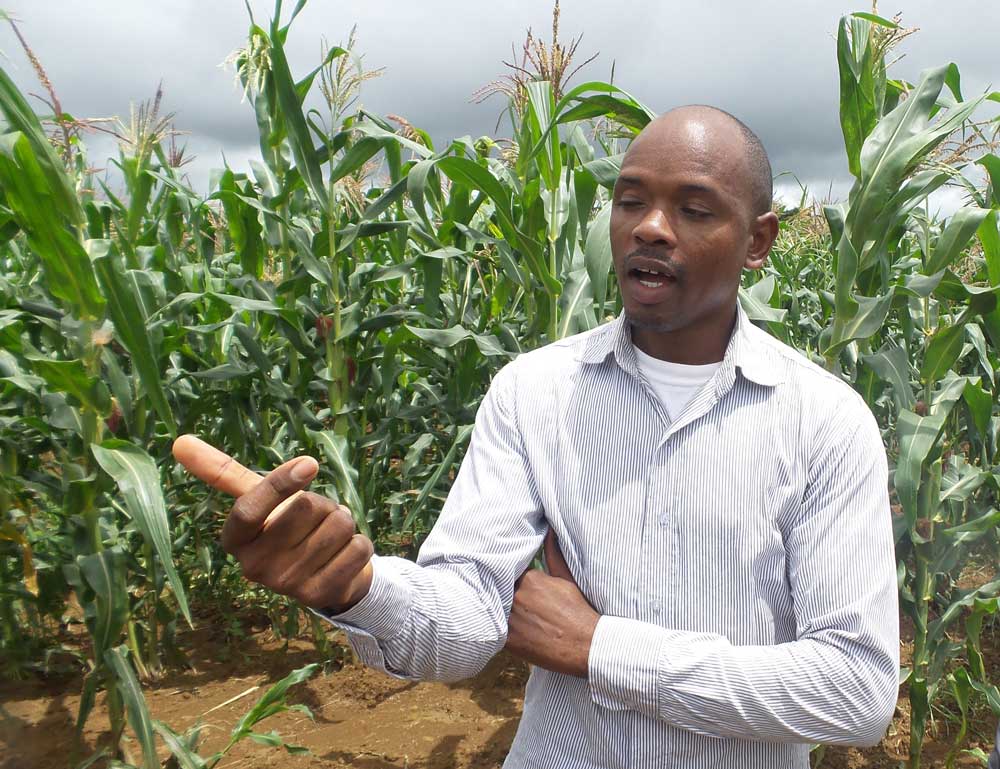 “This was the first time I had made so much money,” said Bah. “This was encouraging and I decided to borrow some money from the farmers’ organization to double the area I cultivate and bought 400 kilograms of seeds.”

After a second successful season in 2011, Bah was selected to take part in the National Programme to Support Agricultural Value Chain Actors, supported by IFAD in Guinea.

The local farmers' federation, Fédération des Paysans du Foutah Djallon, selected twenty young farmers to give them technical advice on how to use compost, fertilizers and phytosanitary products, and how to maintain irrigation infrastructure, store crops and manage a business. They were also given access to credit to buy inputs and tools.

Traditionally, young people provide the labour on family farms, but they themselves lack access to land, water and tools and so cannot set up their own agricultural activities. More than 70 per cent of young farmers say that access to finance is the main obstacle they face.

Bah borrowed money to buy inputs and irrigation tools. “Thanks to the irrigation materials I was able to cultivate five hectares of land during the dry season instead of one,” explained Bah. “I was very afraid, but decided to try thanks to the technical advice from the farmers’ federation.”

Bah also went on a study visit to France. “This was very useful, we met young farmers and I realised farming could be a profession,” he said.

Today, Bah grows potatoes on 50 hectares of land that are partly rented, borrowed or his own. In the rainy season he also grows maize, beans and rice. He employs ten permanent workers and about 100 daily workers during the cropping or hoeing season. He has fully reimbursed his initial loan. In 2016, Bah obtained 300 tonnes of potatoes. A long way from the first two tonnes he grew the first year.

He said that the Ebola crisis and a potato disease have slowed down the growth of his operations in recent years.

"Now, my ambition is to cultivate 200 hectares in the years to come,” Bah added.

Bah listed the many challenges he is facing. One of them is the lack of access to finances for mechanization. Bah has his own pick-up and tractor, but needs to buy expensive irrigation equipment that has to be imported from Europe. “It is almost impossible to borrow funds, there are no banks, and when credit is available, interest rates are extremely high,” he explained.

Storage is another challenge. Bah explained there is only one cold room in the area, which can contain only half of the production of all local farmers. Losses can represent up to half of the crops.  “The alternative is to use insecticides, but this is not satisfactory because they are hazardous,” he added.

Despites the challenges, Bah is far from regretting his choice. He is today a successful agripreneur. He says he earns a good living and is extremely proud of being a farmer and providing work to others.

"I have become an example and source of inspiration for many other young people who now understand that it is possible to make a decent living from agriculture and build up a good life in rural areas," he said.

Today, his only regret is to have studied mathematics and not agronomy at university.