Deep in the south-west of Guyana and neighbor to the Amazonas rainforest, the Upper Takutu-Upper Essequibo Region is home to a tiny population of little more than 20,000 people. Wowetta is one of the few scattered Amerindian villages that populate this grassy land, in which Wapishana, Macushi, Arawaks and Patomanas indigenous peoples have lived together for decades, farming and fishing to make their living.

Although you won’t find this little village on any Internet map, it’s the centre of the universe for Priscilla Torres, a 37-year-old Wapishana woman. A very active and outspoken mother of three, Priscilla is a true community leader.

Her path began over 10 years ago, when she noticed that too many people were leaving her community to seek work elsewhere, usually just across the border in Brazil. She saw the effects this migration was having on her village, and she wanted to do something to discourage it, so she began to draw her fellow village women together into an agricultural association.

Eventually, they became the Wowetta Women’s Agroprocessors – at 48 members strong, they represented almost every adult woman in the village. In 2008, the association elected Priscilla as their first president.

After trying several different crops, they discovered cassava processing was their thing. At first, they worked in a very old, traditional cassava mill. Their main product was farine (roasted cassava flour) as it was the most in demand, but they also made cassava biscuits to supply the village school’s hot meals, along with other products.

In 2010, the association received trainings in entrepreneurship and good manufacturing and marketing practices from the IFAD-funded READ project.  These sessions were crucial to raising their small business’s earnings. But most importantly, they helped the group “to grow as individuals and as an organization. It boosted our confidence and allowed us to involve other women,” says Priscilla. 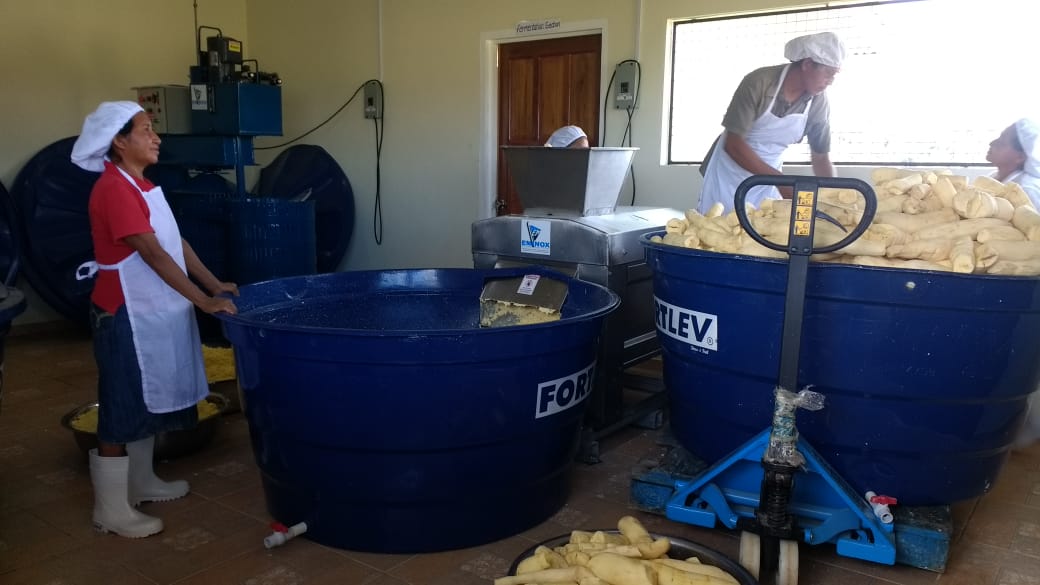 Members of Wowetta Women’s Agroprocessors at work at the new cassava mill. (Courtesy of Priscilla Torres.)

But Priscilla knew the group could achieve even more – and so she kept working, organizing and, encouraging her fellow association members. Sure enough, over the years, they received additional funding from the Government of Guyana and other international donors that allowed them to build a modern, fully equipped cassava mill. They can now produce up to 750 kg of farine in 4 hours, translating into 200,000–300,000 Guyanese dollars (US$950–1,400).

“This business has become the main source of income for the village, especially for women and youth,” Priscilla tells us. “It’s worked out so well that, over the past eight years, we’ve seen a decrease in migration and now we also see people returning from Brazil to take part in the community development effort.’’

But getting there wasn’t easy. “There wasn’t much support for us from the community at the beginning,” Priscilla says. “But we stayed together, strong and focused, and at the end, the village council was convinced that we deserved their support.”

Many people, having accomplished what Priscilla did, would feel content. But for Priscilla, these experiences only made her feel more empowered – and ready to continue working to improve her people’s lives.

At first, she worked for the Indigenous Peoples Affairs Agency. She spent six years with them, fitting that job around her work with Wowetta Women’s Agroprocessors. Then in 2016, Priscilla heard about a new IFAD-funded project called HESAD at a regional Toshaos (traditional indigenous authorities) conference. She became interested in how the project could help her community advance.

As it turns out, the project was interested in how she could help them, too. Well-known as she is throughout the region for her leadership skills, the project offered her a position as a field facilitator, a perfect match for the skills she’s been building since her early days of organizing her fellow village women. 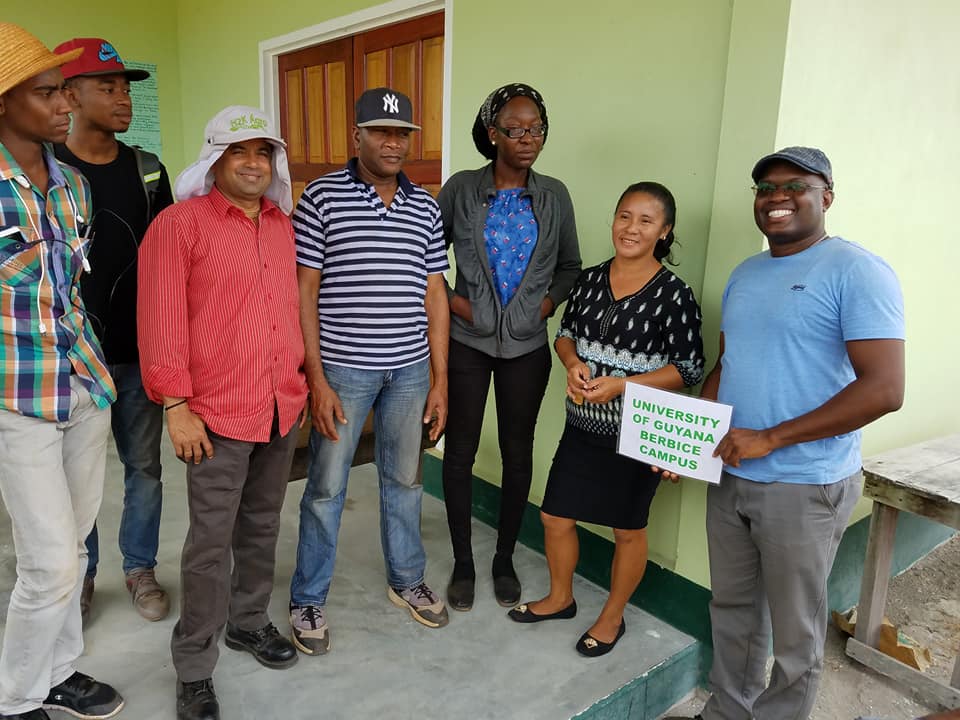 Priscilla (second from right) pauses for a photo with students from the University of Guyana. (Courtesy of Priscilla Torres.)

As a field facilitator, Priscilla is responsible for helping communities develop project ideas that HESAD can then decide to fund. She’s worked on all kinds of projects – from poultry-raising initiatives to ecotourism and more – but the common theme is development. Anything with the potential to raise revenues, generate jobs, or improve the development rates throughout the region will be on her radar.

Priscilla speaks proudly of the opportunity this position offers her. “I work with the communities, with the villages’ Toshaos and counselors and with other resourceful persons, such as the health services personnel and the teachers. That allows me to really learn, grow and help my people.”

This work also allows her to forge alliances outside her community. She has built solid relationships with the Regional Democratic Council, the Ministry of Finance and the Ministry of Agriculture. But even though she’s quite busy nowadays, she’s never forgotten her roots. She still works with the Wowetta Women’s Agroprocessors, where she is the Secretary of the Executive Board.

Priscilla knows that the key to successful development initiatives is grassroots community involvement. “I’ve seen the importance of working with different groups such as youth, women and elders, allowing their full participation in the planning process. Doing so, you get 90 per cent community participation, and that’s crucial.”

When searching for inspiration, many people tend to look towards the great figures in history. We at IFAD are no exception. But we also look up to the Priscillas who are the essential factor to the success of our projects: the human factor.