Said is a farmer in Dhubato, Somaliland, he is married with 10 children. As part of an IFAD-supported project an innovative water management solution was put in place, and now the construction of sand water storage dams guarantees a steady supply of water. ©IFAD/Marco Salustro

Rome, 22 March – Drought and failed rains caused by the El Nino weather phenomenon have sparked a dramatic rise in the number of people going hungry in northern Somalia.

Self-declared independent Somaliland along the Gulf of Aden has been especially hard hit.

However, in the sub-regions of Maaroodi-Jeex and Awdal, in the arid and semi-arid region of Somaliland, an innovative water management solution is helping small farmers stay in business despite the changing weather patterns.

Inhabitants who previously left to look for work opportunities are flocking back to the area to return to farming, which they now see as profitable.

Even people from other communities in the area are lured by the promise of rapid returns on investment. After years of war, drought, political instability and famine, the construction of sand water storage dams, as part of the programme known as the North-Western Integrated Community Development Programme (NWICDP), supported by IFAD and funded by the OPEC Fund for International Development (OFID) and the Belgian Fund for Food Security (BFFS), guarantees a steady supply of water.

"This innovative solution has improved access to drinking and irrigation water, increased crop and livestock production as well as farmers' income."

Although the project was completed in March 2015, the substantial benefits of the dams and associated shallow wells – along with other project investments to improve agriculture and livestock productivity, the quality of rural health and sanitation facilities – have triggered socio-economic change that is likely to be sustained in the future. 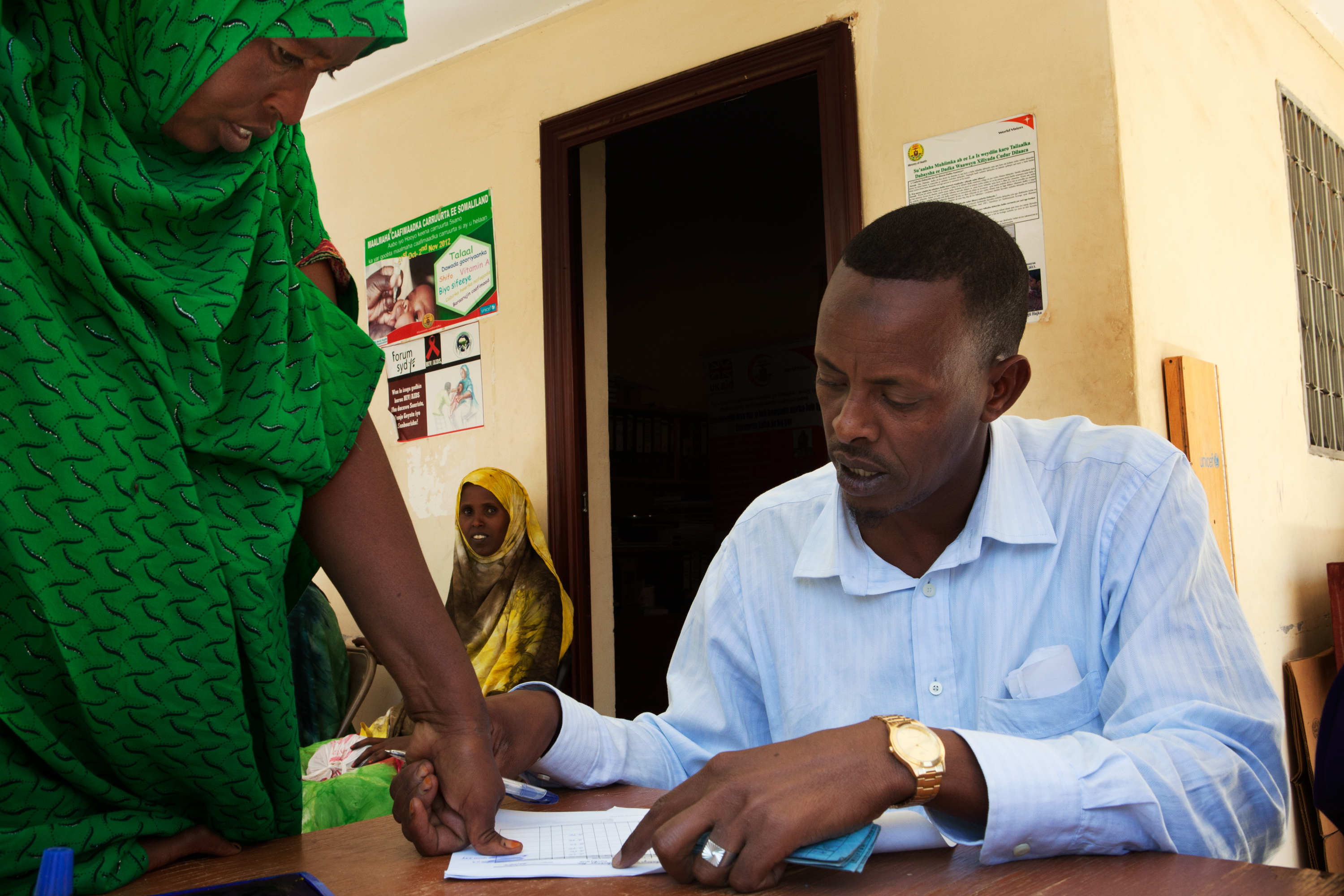 The substantial benefits of the dams and associated shallow wells – along with other project investments to improve agriculture and livestock productivity, the quality of rural health and sanitation facilities – have triggered socio-economic change that is likely to be sustained in the future. ©IFAD/Marco Salustro

Getting to the source

Sand dams store water accumulated upstream during flooding which then lies beneath the sand layers in aquifers. The dams help to provide a crucial water supply, particularly during the dry season, when extreme water shortages are common.

Water is extracted either by digging a waterhole until the water level is reached and using a jerry can or goat skin to scoop up the water; equipping a waterhole with a pump to bring the water to the surface; or creating a hand-dug well from which water can be collected in buckets.

Fifteen sand water storage dams were constructed in 10 years as a result of NWICDP, which was implemented in two phases. It worked with 43,000 households of whom 240,000 women, men and children were among the poorest of the 124 communities in the project area.

As Mouna, a mother of eight from Agamso, describes: “The area was once very dry and the wells were deep and full of stones. There was no water to be had from them and there were no farms at all. We used to walk long distances, and sometimes the whole day, to get water. Now water is available and farmers are cultivating again.”

The sand dams have had significant impacts on both women and men in the community.

“Many mothers have also become interested in farming,” Mouna explains.

“It’s very easy to get water now. In just a few minutes people can get enough water for their farms and for their domestic needs; for washing, cooking, and cleaning," said Mouna.

Mouna uses a pump to irrigate her one-hectare plot where she grows coriander, tomatoes, lettuce, and other vegetables. She recently planted orange and lemon trees.

At the time when the sand water storage dam was constructed, other organizations distributed pumps and pipes. Many new farmers dug wells and, with the increased revenue, were able to purchase their pumps and pipes.

"Before, my family grew nothing but rainfed sorghum and maize as staple crops. We owned just one cow. Now we have seven cows, 10 goats and sheep, and two extra wells,” said Mouna.

Sacad Ali Esse, a 24 year-old farmer and father of two from the Dhubato community in the Maroodijeex region, is one of many reaping the rewards. He is now able to draw water from his wells which remain full, even in the dry season. He no longer produces poor harvests and has to travel far from home in search of casual labour to supplement his income. 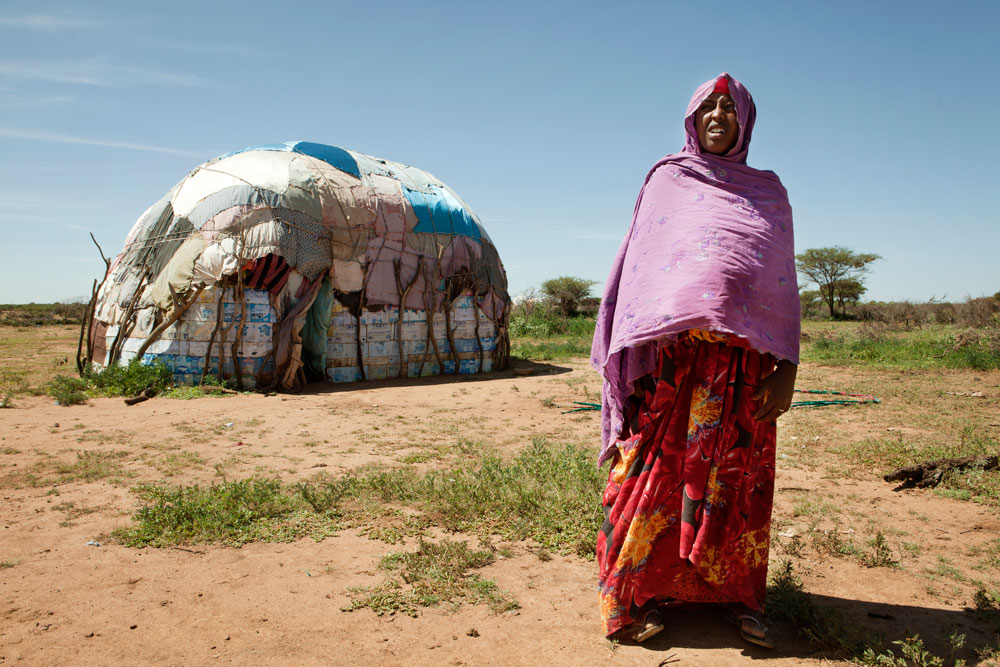 The project worked with 43,000 households in northern Somalia of whom 240,000 women, men and children were among the poorest of the 124 communities in the area. ©IFAD/Marco Salustro

Thanks to the training in improved agricultural practices and extension service support Sacad received through NWICDP, last year he was able to enjoy a bumper harvest. He produced 120 boxes of tomatoes (instead of the previous 20), 30 sacks of onions and 20 sacks of green pepper.

With the profit from the sale of his produce, he purchased 30 sheep and goats for livestock rearing. The extra income has enabled him to feed his family and pay medical expenses.

Sacad is not alone. With the construction of the sand dams, families have returned to their lands to resume farming all year round.

With the amount of irrigated land rapidly expanding, in Dhubato and Agamso for example, farmers growing rainfed crops located one to two kilometres from the river, are switching to more profitable irrigated cash crop production. Since the construction of sand dams there, the number of active farmers has increased threefold, and cash crop production has gone up fivefold.

Moreover, Agamso, where the sand dam was built earlier, has become an agricultural hub and major food supplier to the neighbouring city.

"Sand water storage dams have proven to be a very effective method for dealing with water shortages," said Bejaoui.

"If harvested properly, this water can be stored naturally and used at any time of the year for household and agricultural purposes. This is already having a tremendous impact on the lives of poor rural people living in Northern Somalia."