In north-eastern Brazil, as in so many other places across the world, the work of rural women is often invisible. Their contributions to their households – in terms of both housework and raising children as well as their work in agriculture and other economic sectors – are immense, but often go unnoticed. Thankfully, that’s starting to change. A revolution is taking place – a “quiet revolution,” as UN Women calls it – and IFAD is taking part in it. And it takes the form of a simple logbook.

“The rural woman's work is usually not recognized. When a woman speaks of herself, she tends to say, ‘I depend on my husband, I don't work’,” says Marcejane Duarte de Almeida, a member of the Caraíbas community in Bahia State. “But the Agroecological Logbook came to change that. It allows us to realize the difference we make.”

In itself, the Acroecological Logbook, as it’s called, couldn’t be more simple: each of its pages has four columns, in which women record the various products they’ve sold, given away, exchanged or consumed, calculating their value. At the end of the week or the month, they can see (and prove) the value of their contribution to the household budget.

It’s not that they’re doing things they weren’t doing before. It’s just they’re giving value to what they’ve done for years. 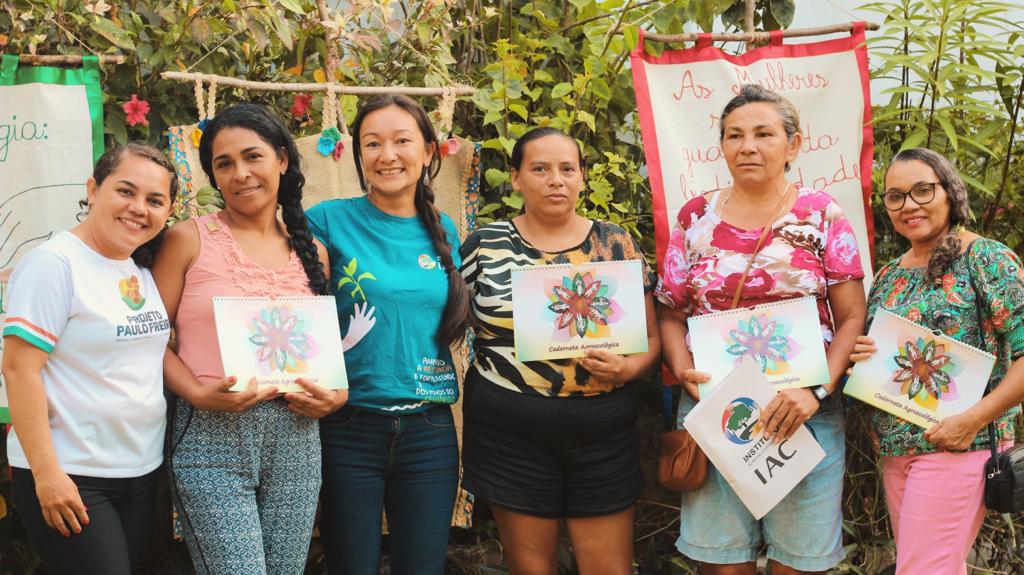 Project participants pause for a photo with their logbooks. – © Semear International

“Today, we have a sense of the value of what we produce, consume, donate, exchange and sell. I write down my production – milk, beans, eggs, free-range chicken, cake – and the result is amazing. I see everything I do has a value,” says Maria Alves Santana, from the Cacimba Nova community in Sergipe State.

IFAD’s contribution to this “quiet revolution” started in November 2018, when representatives of Semear International, an organization born of the partnership between IFAD and the IICA, first heard about how this tool was empowering rural women in Brazil’s southern states. From there, they worked with gender and social inclusion experts to devise a way to introduce it into IFAD-funded projects. After a seminar in July 2019 that gathered 80 women – both project staff and local beneficiaries – in Recife, Pernambuco State, the use of Agroecological Logbooks in IFAD-funded projects in Brazil began.

Now, there are a total of 879 rural women across eight states who have similar stories to Marcejane’s and Maria’s. 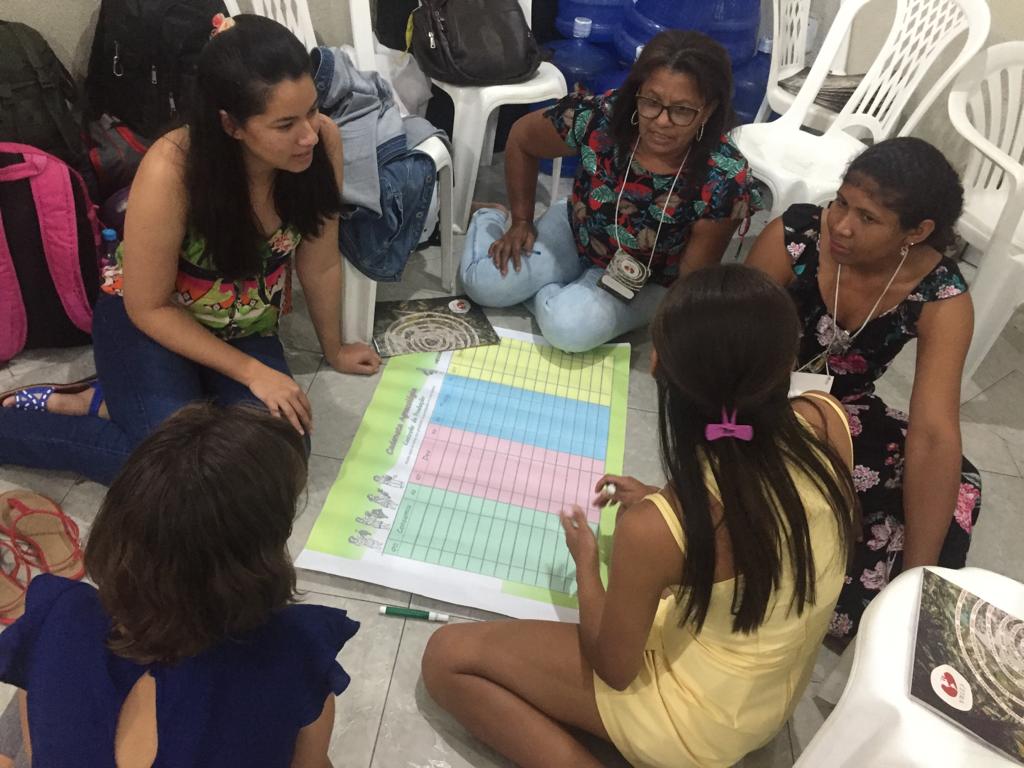 “They write down everything and that makes [it] possible to measure their great contributions to the family budget – whether through vegetable gardens, handicrafts, sewing, small animal breeding, food from productive yards, gastronomy, [or] cuisine,” says Fabiana Viterbo, coordinator for Semear International. “By displaying this information, we remove invisibility from a job previously labeled ‘help’, ‘housework’ or ‘women’s work’ and show the monetary and non-monetary contribution of women to their families’ economies.”

Knowing that what they do has value gives these women greater autonomy and decision-making power – in several ways. The use of the Agroecological Logbooks often strengthens the bonds between them, creating a group identity. The women who use this tool hold regular meetings in which they share their experiences, successes, questions and challenges related to keeping the logbooks. They also share their personal lives with each other, finding emotional and even, sometimes, financial support within these groups. 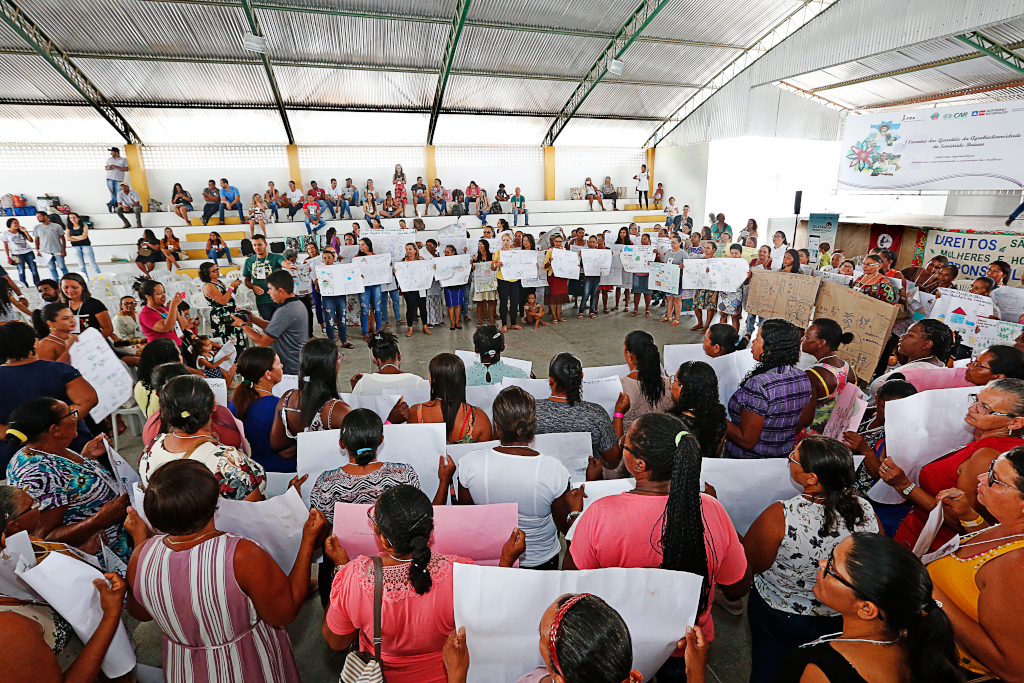 Participants gather at a discussion of feminism in agroecology. – © Semear International/Manuela Cavadas

The use of the logbooks has other positive effects, too. Once their contributions were finally made tangible, many women began to experience positive changes in their relationships with their husbands and relatives. After the logbooks had been in use for some time, many of the women also brought up the need to include their families in the ongoing discussions on feminism in agroecology. The project staff happily facilitated these discussions, and from then on, the women began to experience a better and fairer division of labour – both in the field and at home.

“This work has been an eye-opener for technical assistance teams in the implementation of IFAD-supported business plans and other project activities, as it promotes gender awareness throughout, giving visibility to women’s inputs,” says Fabiana. She and other project staff have noticed that it’s also useful for disseminating innovations, such as the use of medicinal plants in the household. Perhaps most importantly, it leads to women having a greater say in the decision-making within the cooperatives and producers’ associations they belong to – and that, in turn, strengthens the economy of their communities.

At the end of the day, more than the words of experts, the words and experiences of the participants themselves are what really count.

“We women didn’t know before that we had an income close to half the minimum wage, and today we can already see it,” says Geovanne da Silva Barreto, from Sitio do Meio, a landless peasants’ settlement in the Itiúba municipality of Bahia State. “We women can do a lot. We can be as we are.”

For more stories like Marcejane's and Maria's, check out Semear International's recently published book about the agroecological logbooks. Read on in Portuguese.