The COVID-19 pandemic has forced many people to re-examine everything: their priorities, their jobs, even their roles in society. Those who were already vulnerable – including the poor, those who live in rural areas, and those who belong to marginalized groups, such as women and indigenous peoples – are no exception to this. Yet despite the often devastating socio-economic consequences caused by the pandemic, many have managed, through strength and creativity, to keep their work alive while staying safe and healthy.

The indigenous youth in Koraput, a rural district in the Indian state of Odisha, are no exception. Before COVID-19 hit, many were already participating in a youth-focused agriculture project supported by IFAD’s Indigenous Peoples Assistance Facility and implemented by Pragati Koraput, a local partner. Thanks to the project’s support, they’ve been able to weather the worst of the crisis – and they even have the confidence to start planning again for a post-COVID world. Here, we bring you three of their stories.

At just 21 years old, Biswanath, a member of the Paraja tribe, already has more agricultural experience than many of his fellow project participants. After the untimely death of his father, Biswanath cut short his education and began farming to help his mother. But although he had taken an early interest in the agribusiness world, he had never invested much time in developing his skills – until he joined the youth agriculture project.

The project brought him on a tour of the Indian Institute of Soil and Water Conservation, where he got to see demonstrations of state-of-the-art agricultural techniques. He found himself inspired, and left the visit determined to implement some of the ideas he’d seen on his own farmland.

When COVID-19 hit, he entered lockdown with the same determination he’d displayed all along. He set himself a goal: to not only increase his production, but also to bring in more income, compared to before the pandemic. He used the time to attend project trainings and study the system of crop intensification (SCI), a group of techniques that help farmers sustainably increase their yields.

His strategy paid off – it got his family through the worst of the lockdown, and it will help them grow even more when it is fully over. Currently, with the restrictions eased somewhat, he hopes to sell his millet surplus at a government-fixed price, and to sell his vegetables at a nearby open market.

Biswanath is now preparing to take up farming full-time. During the upcoming Kharif (a planting season that occurs during the monsoon), he plans to grow chili, finger millet and brinjal (eggplant) for the first time. Thanks to his hard work and smart strategy, he has found success as a small-scale agricultural producer – and he is a source of inspiration for the other aspiring young farmers in his village. 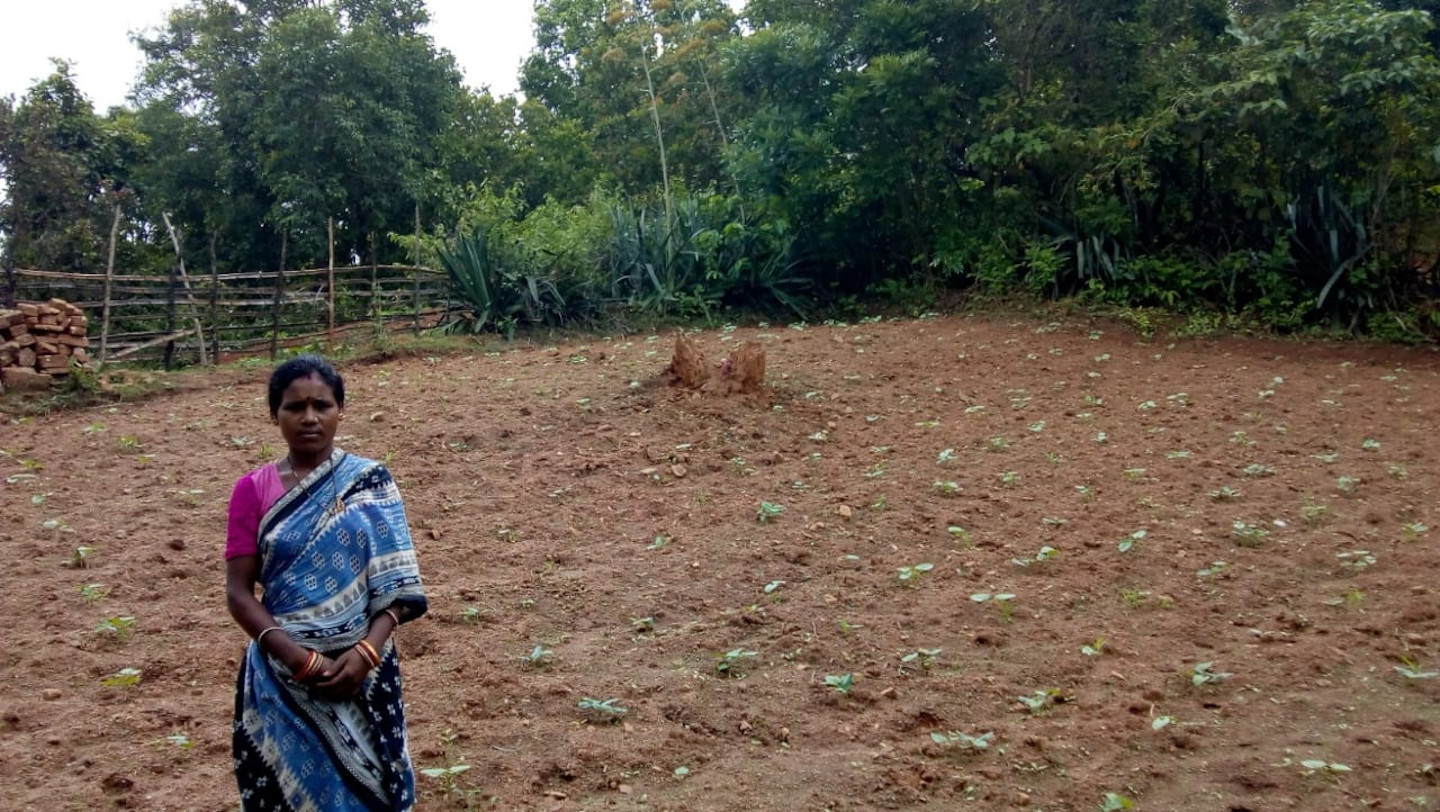 Twenty-five-year-old Kamala is a member of the Gadaba tribe. She had never been particularly interested in going into the agriculture sector, but when the youth project reached out to her, she found herself intrigued. After joining, she soon began attending the project’s SCI trainings.

In her conservative rural village of Badamput, being a woman can be challenging – and COVID-19 only makes it more so. She and her fellow village women have to depend on men for practically everything they need, which gives precautions such as movement restrictions an extra degree of urgency.

For Kamala, the SCI training sessions have been far more than a chance to learn agricultural techniques. It was at the SCI sessions where she first heard about COVID-19, and where she learned precautionary measures such as physical distancing, the proper use of masks and correct hand-washing practices. It was also where she learned the agricultural techniques that have helped her family – and the other village women – weather the lockdown and begin to plan for the future.

After beginning the trainings, Kamala was able to convince her family to adopt the SCI practices for the production of millet and organic vegetables. In addition to the increased yields they can expect on these two crops, they have also begun growing beans and have plans to begin growing finger millet.

She has also begun sharing her new knowledge with other women in the village, teaching them the practices that have helped her family begin to prosper. Through her work to pass on her knowledge, she’s become a leader – and she’s also found her voice. 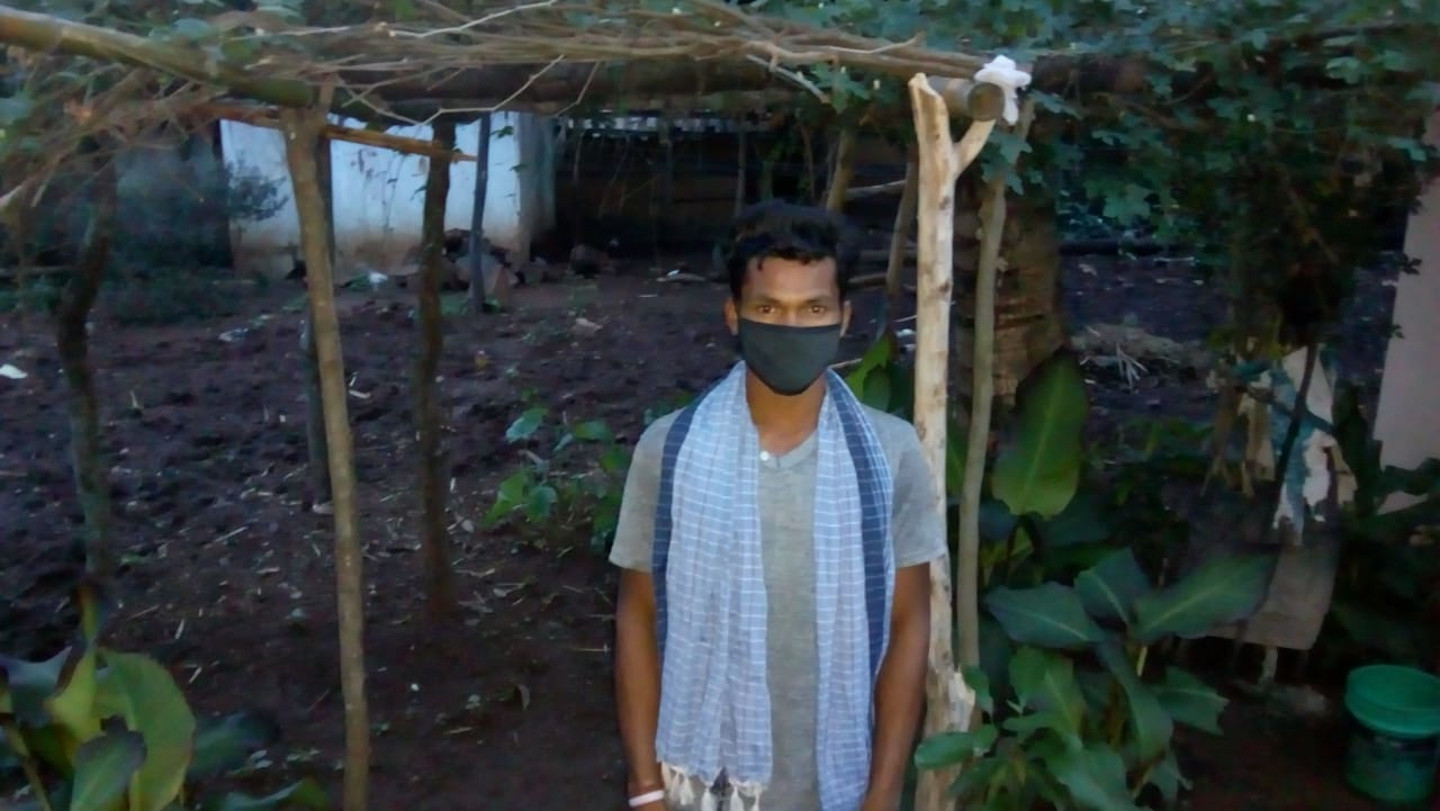 Gangadhar is a member of the Paraja tribe. Like Kamala, he had never had much interest in farming, even though it would bring him a secure future in his native village of Karanjiguda. He had started studying instead, already completing two years of college by age 19. But when the youth agriculture project came to his village, it caught his attention. He began attending the project’s SCI trainings and even started growing some crops of his own.

The project meetings were also where he first heard of COVID-19. As the pandemic ignited across the globe, the sessions shifted to raising awareness among the participants and demonstrating precautionary measures. Gangadhar wasted no time in spreading the word among his fellow villagers.

The lockdown was not easy for him at first. He struggled to purchase seeds and sell his vegetables due to the movement restrictions in his village. He also began to worry that the trainings would no longer be conducted and that he would therefore miss out on learning opportunities.

Thankfully, the project staff quickly got to work to support their participants. They managed to resume in-person SCI trainings relatively soon while following all necessary precautions. Gangadhar and his fellow participants will also receive assistance with buying seeds and organic manure, which will help tide them over until the COVID-19 situation improves.

Gangadhar is already making plans for when that day comes. He now hopes to pursue a career in agriculture, making use of the SCI techniques he’s learned. He also wants to construct a pond that can harvest rainwater from his farm in hopes of branching out into fish farming.