COVID-19 is not the only health crisis threatening to devastate the population of Kiribati. The number of new cases of diet-related non-communicable diseases (NCDs), such as diabetes or obesity, has tripled between 2005 and 2010. Currently, three out of every four Kiribatian people, known as I-Kiribati, are at high risk of developing an NCD, and NCDs account for as many as 70 per cent of all deaths on the island.

One of the underlying causes of this crisis is the introduction of highly processed foods to the island, along with a lack of interest in local produce and agriculture. In other words, salty, oily, sugary (and unavoidably tasty) imports have pushed away local, natural, and nutritious foods.

It was never easy to grow food in Kiribati. Limited space, along with the intrusion of salt water into the soil, are just two of the many challenges. The expanding supply of industrialized goods only made it easier for the I-Kiribati to turn away from agriculture.

COVID-19 has undoubtedly complicated things further. One of the biggest fears among the locals is that their population of 100,000 could be completely wiped out if the virus reaches their shores. More immediately, the global slowdown in trade, along with closed borders and other protectionist methods, are threatening the stability of their food imports. This has provoked fear and panic-shopping among locals, many of whom have been relying on store-bought, pre-made meals for decades.

For some time now, the Government of Kiribati has recognized that the I-Kiribatis’ dependence on processed food imports is unsustainable – for many different reasons. Getting the population involved with agriculture, on the other hand, could help diminish rates of NCD, increase overall food security and improve their livelihoods. Even before COVID-19, government initiatives such as the IFAD-funded Kiribati Outer Islands Food and Water Project (KOIFAWP) had been working to promote agriculture. It’s even more important now. 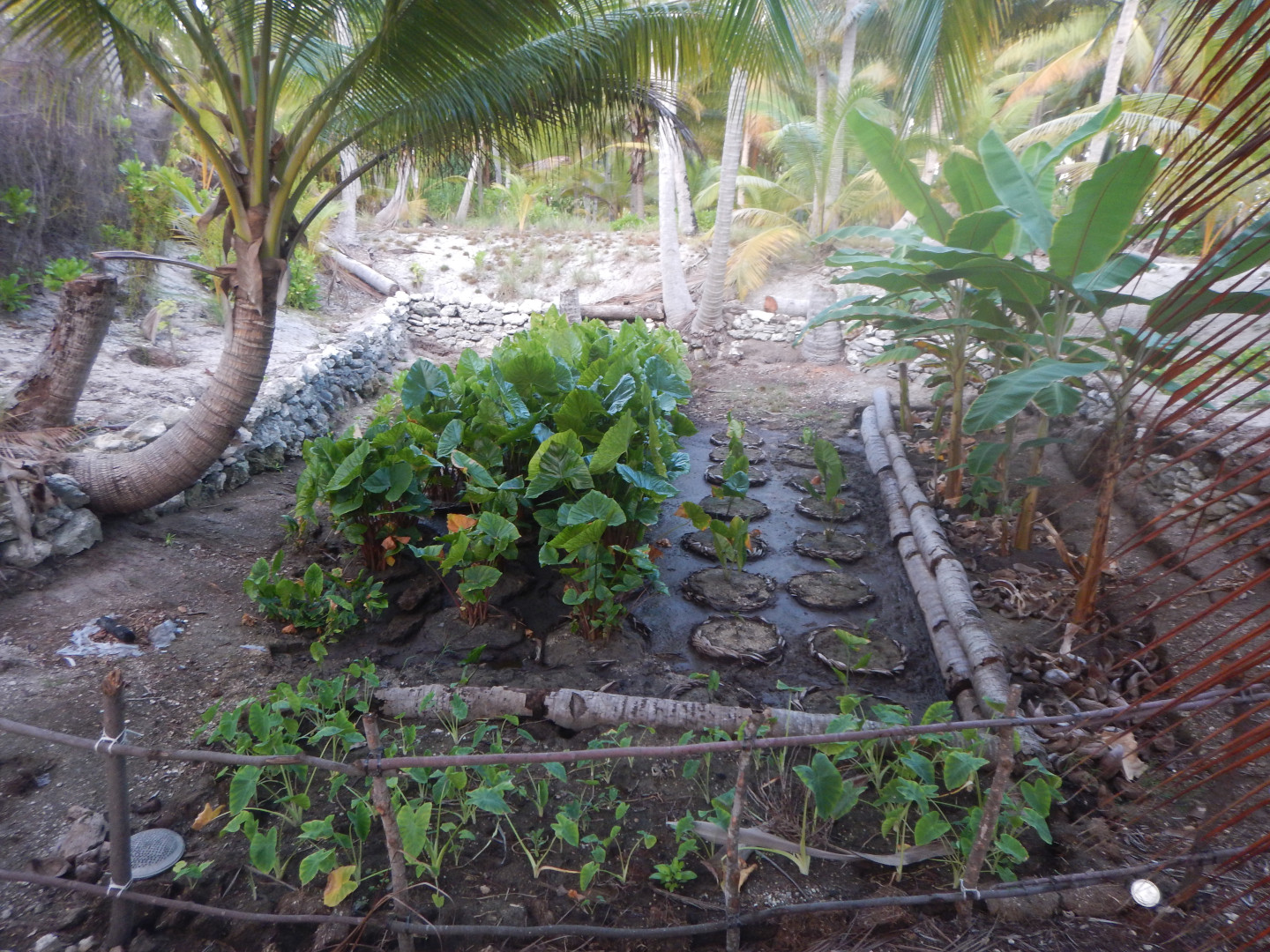 Taro leaves being cultivated in a typical I-Kiribati home garden.

Home gardens yield plenty in a time of restriction

The home gardening project, for example, has helped over 2,100 households develop their own gardens. I-Kiribati are now growing native crops like breadfruit, coconut and taro leaves, which are full of nutrients and minerals essential for a balanced diet.

Many families grow enough to have a surplus, which they can then sell within the island, thus raising their family’s income. All told, this home garden surplus is estimated to account for one third of all domestic production. Meanwhile, the increased availability of nutritious food has helped decrease child malnutrition rates from 60 to 40 per cent, according to the Ministry of Health.

Reobota Katerete has witnessed these effects first-hand. After seeing the successes of his neighbors and friends, he was inspired to start his own home garden. It has already made a profound difference for him and his family.

“Before getting involved with KOIFAWP, our children did not perform well in their schoolwork,” he says. “Now they are very active and smart with their school subjects and activities from eating balanced meals almost every day.”

Reobota now encourages his fellow community members to get involved with KOIFAWP for their benefit – and for the benefit of future generations, too. 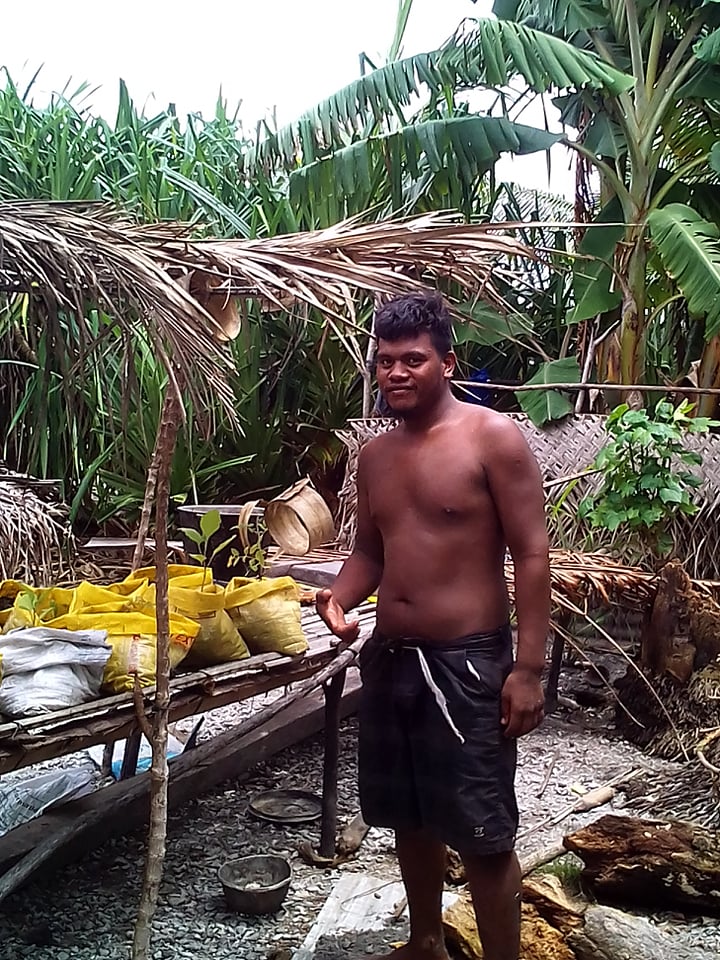 Reobota at work in his home garden.

Meanwhile, KOIFAWP is hard at work with the I-Kiribati to address other pieces of the puzzle, too. To tackle the infertile soil issue, for example, project staff are training the locals on simple composting techniques that use everything from leaves to seaweed to kitchen waste – even rusty tin cans.

Another big part of the project consists of raising awareness about the benefits of consuming whole foods. In addition to conducting information sessions and cooking demonstrations, project staff also initiated a poster campaign that displays the nutritional content of various foods. They also supported the production of a cookbook that contains 40 traditional recipes made from local crops.

One such local food is breadfruit, an abundant source of vitamin C, potassium, and thiamine. By planting more resilient varieties of breadfruit tree and applying mulch to the soil for increased fertility, the I-Kiribati now have access to a plentiful supply of this bright-green fruit and its nutrients.

Marina Konono, a 33-year-old mother of four from Temwanoku village, used to cultivate a single breadfruit tree. Then she was trained by KOIFAWP staff on how to prepare the soil for new plant varieties and received seedlings for eight different crops.

“After attending the cooking demonstrations on native food crops, I have the confidence to prepare nutritious local food in different ways,” she says. She now stresses the importance of drumstick, vigna marina, and green and red ofenga – just a few of the nine crops she now grows – for “protecting our children from night blindness and anaemia.” 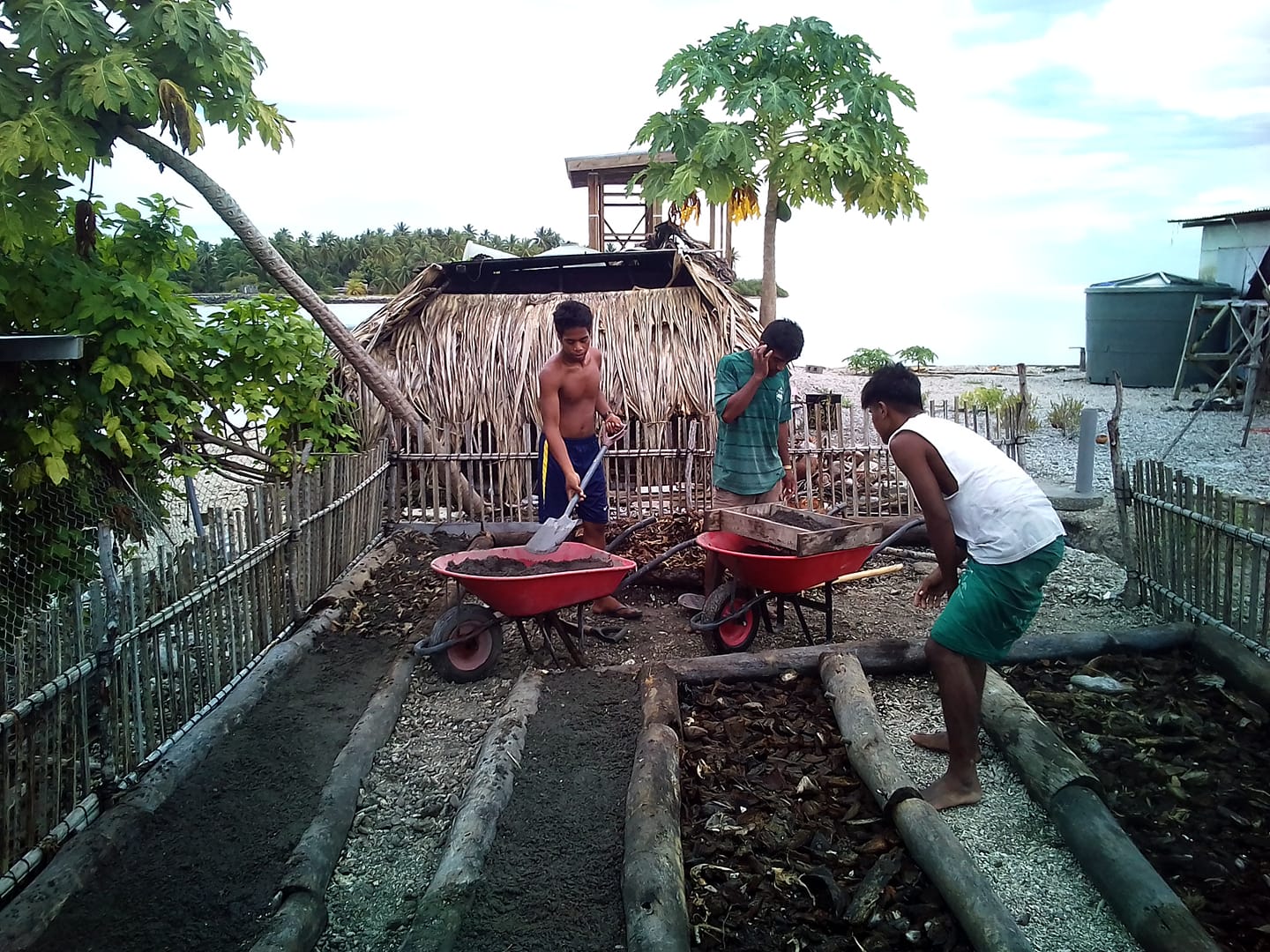 Looking ahead: The benefits of going – and staying – local

The population of Kiribati had long been in need of rediscovering the importance of local food sourcing and native ingredients. COVID-19 has only brought that necessity into sharper relief.

The solutions proposed by the Government of Kiribati and KOIFAWP can help revert negative diet patterns, promote economic development, and improve food security on the island – all while reintroducing I-Kiribati to their native ingredients and food culture. As always, we at IFAD think that’s where a safe, healthy and sustainable future lies.

Special thanks to Danietta Apisai, KOIFAWP’s representative to the Government of Kiribati, and Sakiusa Tubuna, IFAD’s Subregional Coordinator for the Pacific, for their invaluable input.

Danietta recently spoke with us about KOIFAWP for Episode 9 of our Farms.Food.Future podcast. Tune in here!

Check out the Kiribati edition of our Recipes for Change campaign, which is all about breadfruit!