Moldova’s agriculture sector is increasingly developing and modernizing. This is due both to an increased presence in lucrative markets like the European Union and to the efforts deployed by IFAD and the Government of Moldova to help restructure the sector, largely through sustained investments and financial support to small-scale farmers, to accompany this modernization.

Moldova’s rural youth should be the protagonists of this story – especially those with an entrepreneurial spirit. Yet access to credit, training, and modern technologies remains limited in these areas. As a result, few Moldovan youth see viable career opportunities in the agriculture sector, and many ultimately seek employment in the country’s urban centers or even abroad.

From IFAD’s perspective, Moldova’s efforts to modernize its agriculture sector are contingent on its rural youth having the opportunity to find gainful employment at home. We currently support two projects in Moldova that are dedicated to helping rural youth start up and develop their own agricultural businesses right in their hometowns. Octavian and Ana are two of the thousands of young people we’ve worked with to date. Here are their stories. 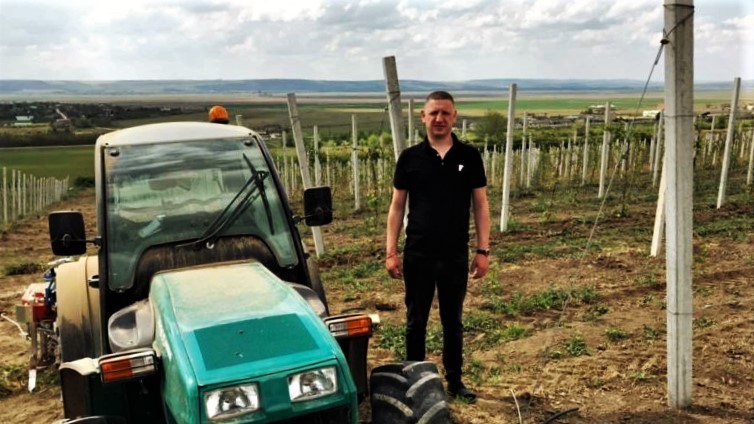 Octavian works in his vineyard.

The Curjos brothers: From expats to vintners

Octavian Curjos and his brother worked abroad for many years. But when they were finally ready to establish their own vineyard, they knew exactly where they wanted it to be – in their hometown, the south-western Moldovan village of Andrusul de Jos. After all, as Octavian says, you can adapt to living abroad pretty well, but “bread tastes much better at home.”

Although they were prepared to invest a significant amount of the savings they’d accumulated while working abroad, they began looking around for other resources that might help them too – and that’s when they heard about the IRECR programme.

In Moldova, it can be difficult for young people to access credit. Lacking collateral and an established business history, many would-be young entrepreneurs have no way to meet the banks’ very strict lending conditions, perpetuating a vicious cycle. That’s where programmes like IRECR have stepped in. To date, IRECR has successfully empowered over 1,500 young agricultural entrepreneurs, helping them invest in their small businesses through its loan and grant offerings and holding regular workshops and study visits to help them learn more about their craft.

With the loan they received from IFAD, the brothers were able to purchase grapevine seedlings, poles and wires – everything they needed to set up the vineyard.

IRECR also helped them develop an investment plan that will help them use these resources in the best possible way. For vintners like the Curjos brothers, that means planning not only for economic setbacks, but for the challenges posed by the changing climate. With the programme’s assistance, they’ve geared themselves towards quality over quantity, focusing on producing high-value wines that will be attractive to specialty markets. In response to the increasing droughts Moldova has experienced in recent years, they’ve also re-invested some of their revenues into a drip irrigation system for the vineyard and begun construction on a water storage lake. Soon, they plan to set up a storage facility and a sorting and packaging line, which will allow them to export their grapes to Russian and Romanian markets.

Although the Curjos brothers are still at the beginning of their journey, they are optimistic about the future – both that of their own business and of the Moldovan agriculture sector in general.

“We come with a new vision of what agriculture means today,” Octavian says. “I hope our story will make people understand that agriculture is a profitable sector full of opportunities – and, most importantly, that one’s best place is in his hometown, with his family.” 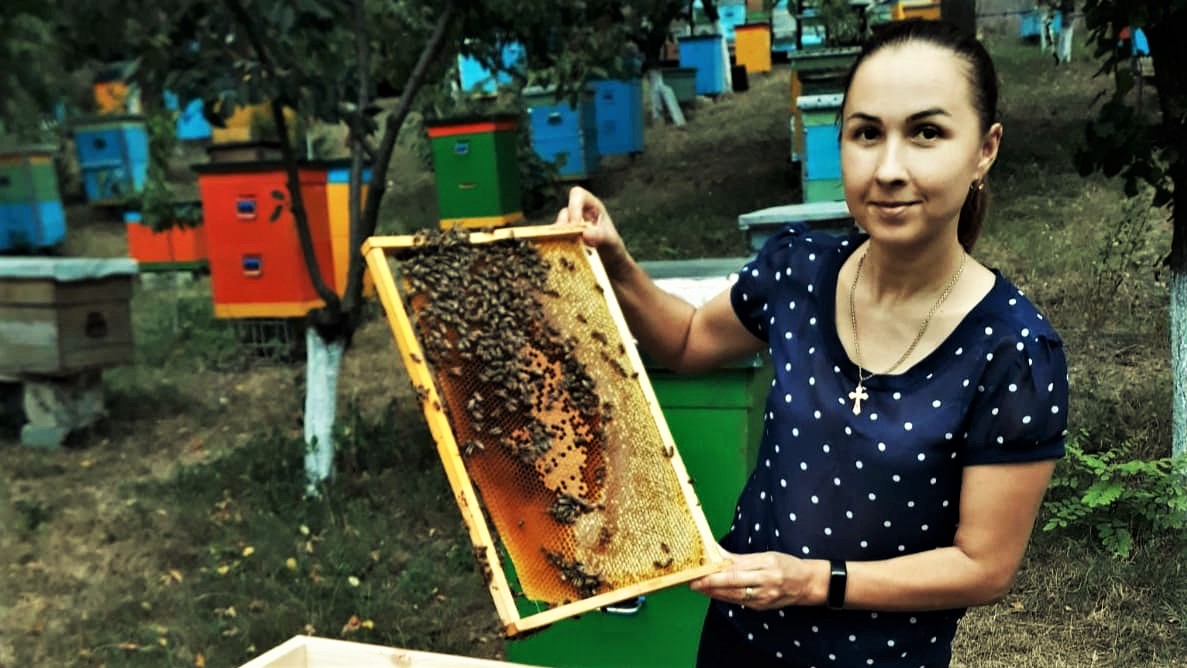 Ana displays one of her beehives.

Ana Arnaut has been working with bees since she was 13 years old, when her father gave her some beehives as a gift and taught her how to take care of them. For a long time, she considered it just a hobby – until last year, when she attended a workshop run by the IFAD-supported RRP project and saw the potential business opportunity.

Like IRECR, the RRP is designed to increase employment opportunities for rural entrepreneurs, focusing on youth as much as possible. As of September 2020, RRP has provided financing for 17 youth-led agricultural enterprises across Moldova, helping them invest in everything from beehives to bakery equipment and much more. They have a particular focus on investing in women-owned businesses.

At the workshop, Ana learned that, as a woman running an agricultural business, she was eligible to apply for a grant through the project. IFAD staff helped her prepare the application, and she was soon granted 89,000 Lei (about US$5,000).

She used the grant to invest in new equipment, replacing her older hives with 50 brand-new wooden vertical hives. Newer models like these make it much easier to consistently produce high-quality honey.

Thanks to the grant, Ana has been able to achieve great results. Today, she owns 150 beehives, and she’s proud to be able to continue the work that her father handed down to her. She’s even gotten her husband and their two children involved.

“Now, besides all these memories, we can also make a living out of beekeeping,” she says. “Frankly, this is also why I never thought of going abroad.”

Ana mainly sells her honey to local retailers, but some of it also ends up being exported.

“The best advertising is done by satisfied customers,” she says. “We receive orders from Moldovans working abroad, who ask us not to forget about them. Their appreciation motivates us to keep doing what we love, despite all the hardships.”

“My bees have become part of the family,” she says. “I don’t regret for one second choosing to make a living out of beekeeping. I can’t imagine my life without my bees.”