The villages of Naihe and Zhaowa, nestled in the hilly Liupanshan area of China’s Ningxia Hui Autonomous Region, are surrounded by world-famous rugged beauty. Nevertheless, they suffer from scarce natural resources and their remote location makes it difficult for farmers to access markets.

As a result, many households have struggled with poverty for generations. As many as 600,000 people in the Liupanshan area, nearly 40 per cent of whom are farmers, live under the national poverty line. This is especially true for the Hui, a local ethnic minority, who make up about 60 per cent of the area’s total population.

Under these circumstances, IFAD and the Government of China’s Ministry of Agriculture and Rural Affairs initiated the IPRAD-SN programme in 2018. As part of its efforts to help participants in the provinces of Ningxia and Sichuan transition out of poverty, the programme places special emphasis on building and maintaining infrastructure.

In Naihe and Zhaowa villages, 160 hectares of farmland have been irrigated and 80 hectares’ worth of land levelling and soil improvement have been completed. One county representative has already described these interventions as “breathing new life into these two villages.” In addition to these efforts, IPRAD-SN is helping individual farmers with their smaller-scale building projects, too – and the farmers are already seeing results.

Farmers in Naihe village have been raising sheep and cattle for decades. Nevertheless, they’ve had to contend with a lack of proper livestock facilities, which made raising the animals challenging and limited the number they could sell – and this in turn left them with insufficient funds to upgrade the facilities, trapping them in a vicious cycle.

Thanks to the IPRAD-SN programme, livestock raising has just gotten easier – and more profitable. The programme has set up new reservoirs, rebuilt cattle sheds and modernized the forage base for local farmers, resulting in a more efficient irrigation system. These new facilities also ensure adequate housing and feed for the animals, increasing their life expectancy and making it easier to breed them. 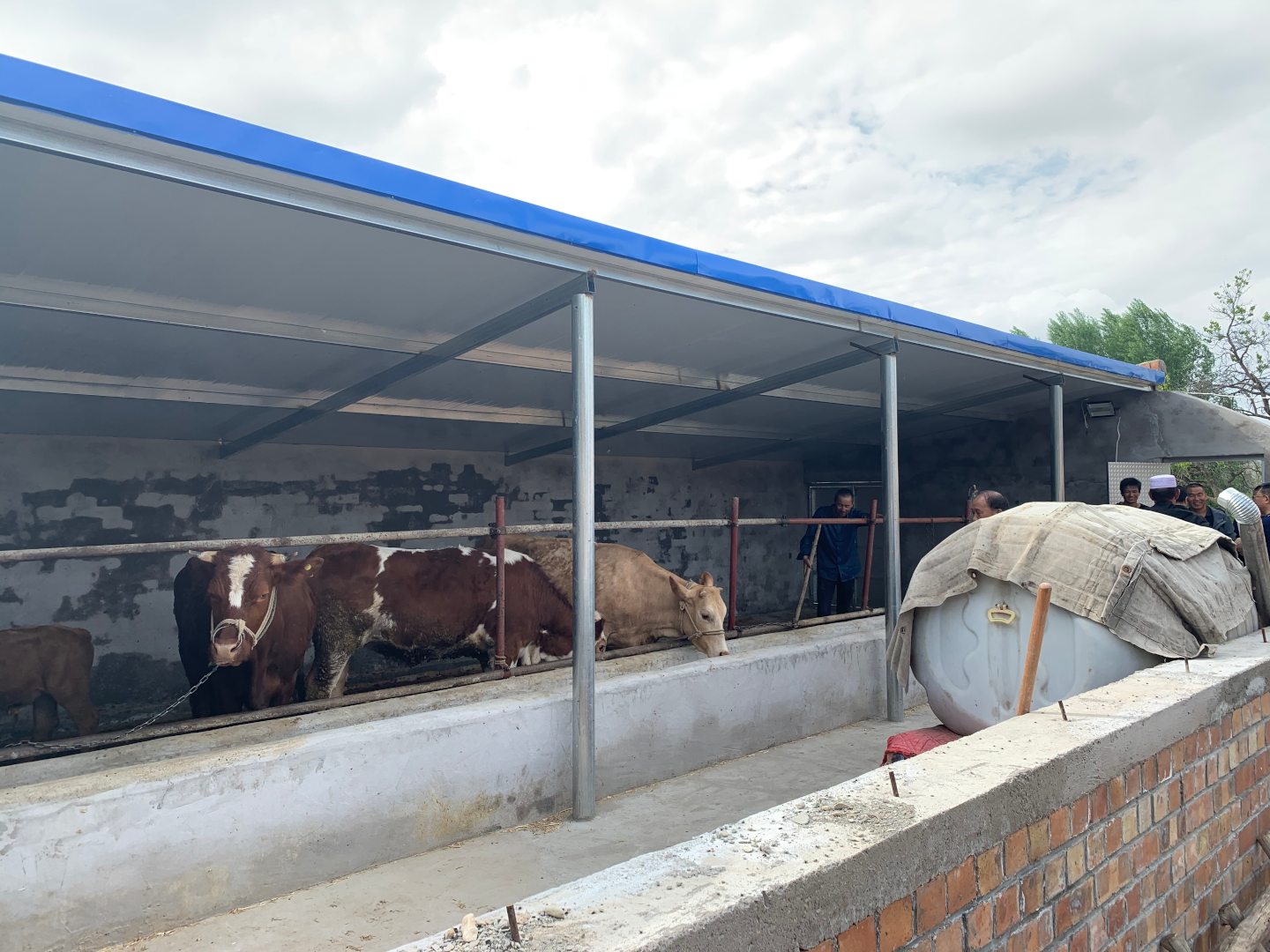 Ma Wenyi, a farmer living in Naihe village, has witnessed these results first-hand. He’d always kept cattle, but because the village’s previous shed was so small, he was limited in the number he could raise and sell each year – and that limited the profits he could make.

But thanks to the new cattle shed, he has much more space available to him. Last year, he managed to raise eight cows and sell four of them, a significant increase from previous years.

“Each cow can sell for 25,000 yuan on average. I earned more than 100,000 yuan [about US$14,500,00] just by raising cows last year,” he says proudly. “This is more than enough to support my family at home! And now that the project has equipped the irrigation pipes for us, we won’t have to worry about the forage next year, either.” 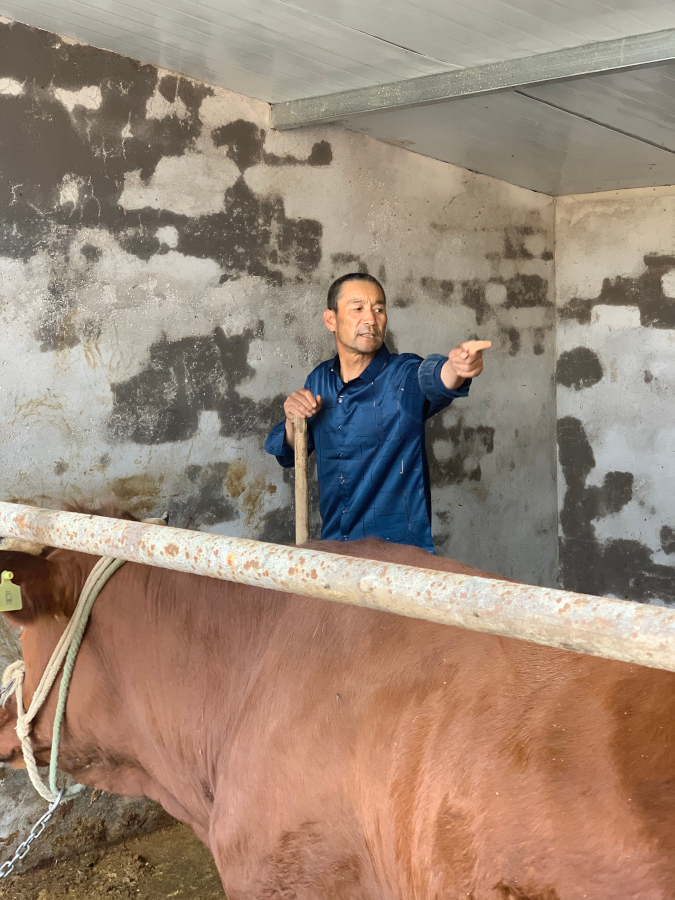 Ma Wenyi at work in the cattle shed, Naihe village.

Meanwhile, in Zhaowa village, silos are under construction this summer. Expanding silo capacity is another important component of raising healthier animals, as it ensures they will have access to an adequate supply of feed that’s protected from the elements.

Like Ma Wenyi, Zhaowa resident Han Zhiquan has also found his cattle business limited by lack of space. He raised 10 cows this year – and he could have raised even more, if he’d had a big enough silo to store the necessary amount of feed. Recently, thanks to IPRAD-SN’s support, he’s begun construction on a bigger silo for his family’s farm.

“Now with such a large silo, I can raise more than a dozen cows next year,” he says. He’s looking forward to the additional income they’ll bring, too. 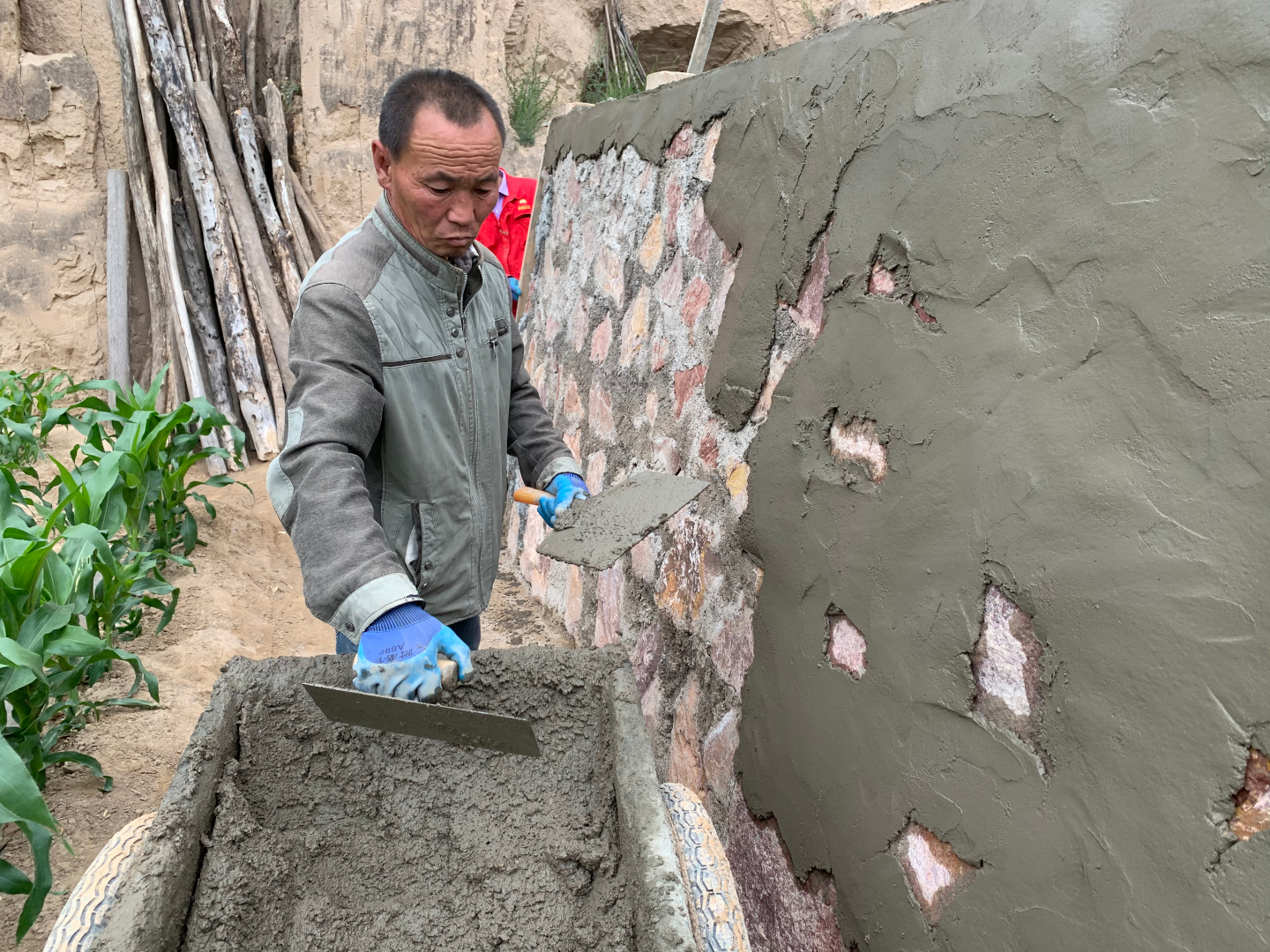 A sign of the times: Boosting sales through social media

Back in Naihe village, Ma Mei and her family are eagerly making plans for the future. They own 20 sheep, already a major source of income for her. With the expansion of the cattle shed, she’s considering buying some calves to raise and sell for next year, too.

Ma Mei is also experimenting with a brand-new way to sell: the video apps on her phone. Online sales events, livestreamed via popular social media platforms like TikTok and Kuaishou (a Chinese video-sharing app), have become a hot trend in China during the coronavirus pandemic. During China’s five-day national holiday earlier this year, for instance, the number of livestreamed online sales campaigns doubled, with some events recording sales of as much as 140 million yuan (US$19.8 million).

The agriculture sector has joined in too, with livestock sales already taking place via these online campaigns. Ma Mei is a fan.

“When I’m free, I watch these videos and find them very interesting,” she says. “Someone really talks to me about buying sheep. It’s fun.”

As she and her family plan for the upcoming year, Ma Mei hopes to begin livestreaming some sales events of her own. She sees it as an engaging way to interact with new potential customers. 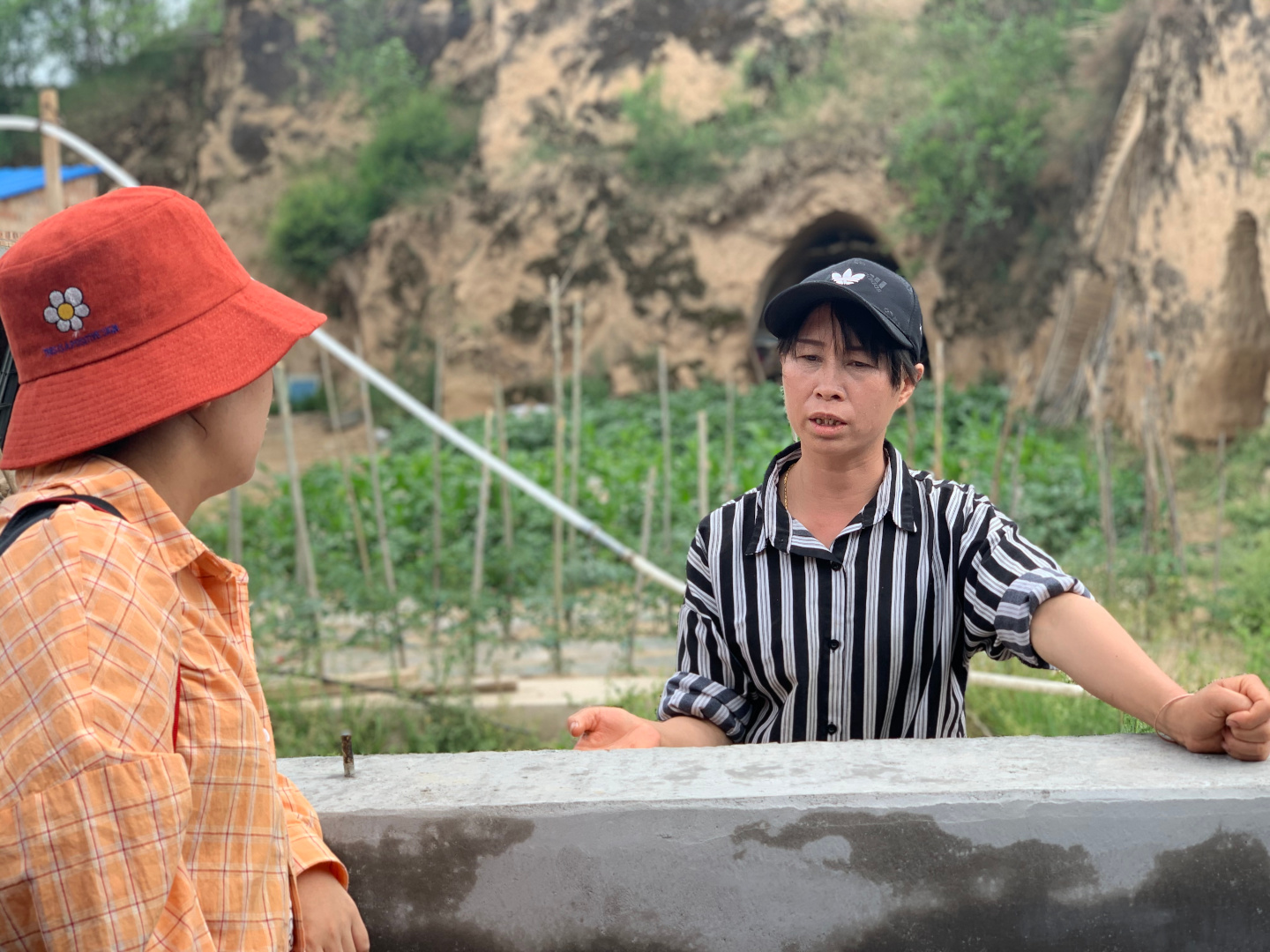 The next phase of IPRAD-SN is already under way. In addition to continuing the infrastructure projects, the programme will focus on providing skills trainings for participants and supporting the creation of new agricultural businesses throughout the project area. All the activities it undertakes will be guided by the participants’ needs and interests.

For a long time now, the farmers of Pengyang county have been working their way into the xiao kang society – a Chinese term that refers to a comfortable life in the countryside, one where people are neither rich nor poor. With their continued hard work and ingenuity, and with support from projects like IPRAD-SN, such a way of life is surely within reach.

Read more about IFAD and China.