Mohamed enjoys welcoming visitors to his vegetables garden in Fria town, in Guinea, and is proud to show every crop he has been growing. This 32-year-old rural entrepreneur recalls how his business succeeded thanks to an unexpected opportunity while he was pursuing a civil servant career.

Since graduating in agricultural engineering in 2012, he tried many times to get a job at the government without success. In the meantime, he did small freelance work farming a small piece of land and selling agricultural products. "All I wanted was a decent income," he says.

One day in 2017, Mohamed heard about the Financial Services Associations (Associations de services financiers, ASF), a network of rural financial cooperatives supported by IFAD through the PNAAFA-LGF programme in Guinea. As the network provides low-interest credit to its members, Mohamed saw it as an opportunity to invest in his small plot, and soon decided to join the ASF agency in Fria.

Mohamed applied for a loan of GNF2 million (US$215), which he used to purchase seeds and fertilizers for his garden. His production increased and his revenues from post-harvest sales reached GNF6 million (US$645).

Excited for tripling the value of his initial investment, Mohamed paid off the first loan and applied for a second one, this time for GNF3 million (US$320). The returns hit an impressive GNF11.6 million (US$1,250).

As revenues increased, Mohamed was again able to pay off his loan and develop a good payer reputation with ASF. So when he requested a third loan, the agency gave him a larger credit. While Mohamed sells the latest harvest’s products, he expects to make an even higher income and looks forward to keep growing. 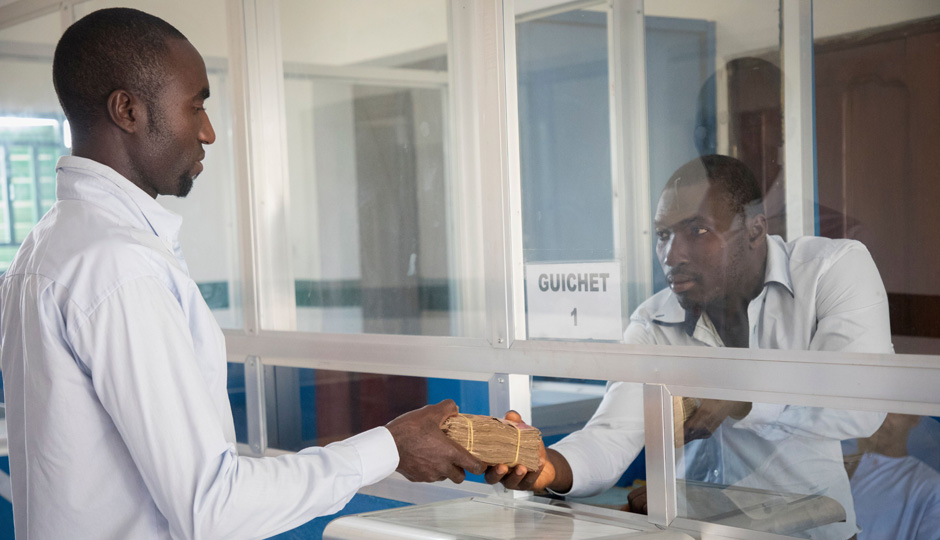 Reverberating benefits
The young farmer who once wished becoming a public employee has proven to be a canny entrepreneur, having doubled his farming area to two hectares and acquired another three hectares to expand his plantation over the upcoming seasons. As his business prospers, Mohamed has hired six temporary labourers for preparing the terrain, planting and harvesting, providing them with job opportunities and better livelihoods.

Mohamed cultivates peppers, aubergines, tomatoes and watermelons, and he plans to diversify his production. His fresh fruits and vegetables, as well as similarly nutritious crops from other local gardeners, contribute to widening the range of food options in the markets, hence strengthening local food and nutrition security.

The local ASF agency has received funds, training and infrastructure from the PNAAFA-LGF programme. It has 962 members, of which nearly half are women and 250 are young. In total, IFAD supports 26 ASF agencies across Guinea, benefitting 31,018 active members and 1,912 farmers associations.

Small crop growers, pastoralists and fishers are among those who joined ASF. Thanks to this federation of rural financial cooperatives, many of its members have not only opened a bank account for the first time in their lives, but also have the chance to invest in their dreams or, like Mohamed, discover new opportunities.