Along Indonesia’s coastal communities, home to nearly a third of the country’s poorest people, many small-scale fishers struggle to make a living. It isn’t for lack of effort: Indonesia is the world’s third largest producer of fish, yielding some 6 million tons per year. Yet many of these communities have historically lacked access to the technology and resources needed to preserve their catch until it reaches the markets, which are usually far from their rural coastal inlets. As a result, up to 35 per cent of all seafood in Indonesia is ultimately lost or wasted before consumption.

Starting in 2013, though, things have finally begun to change. With the help of the CCDP, a project supported by IFAD and co-financed by Indonesia’s Ministry of Marine Affairs and Fisheries, people in these communities have organized themselves into enterprise groups, improved the quality of their catch and accessed necessary technologies and broader markets – all while drastically reducing food waste.

Ice and enterprise: Building business, one cooler at a time

In an equatorial country like Indonesia, ice is a surprisingly valuable resource. A lack of access to ice – or more precisely, to the tools to keep ice from melting – was one of the crucial missing elements in rural Indonesians’ ability to preserve their catch.

Thanks to the CCDP’s support, many communities were finally able to benefit from refrigeration technology. The project invested in ice-making plants and cold rooms in carefully chosen districts and then paired this infrastructure with small insulated transport facilities. Workers all along the value chain, from fishers to marketers, soon began to benefit from the vastly improved preservation. The amount of each day’s catch lost to spoilage quickly declined – thereby increasing the proportion that remained viable for sale.

Having gained the ability to transport their catch over longer distances, project participants were able to access new markets as well. With the project’s help, many communities began forming themselves into enterprise groups and creating business plans that would make their products even more valuable.

As with many types of crops, fish can be processed into by-products that drastically increase their value. With this in mind, the CCDP began teaching various enterprise groups how to process some of their community’s catch, supporting them with tools and equipment where necessary. From simple, traditional smoked and sun-dried offerings, to fish paste, to fish-flavoured snacks like crackers and abon (shredded fish), enterprise groups up and down the coast now had a wealth of packaged products to offer.

These enterprise groups owe a great deal of their success to the women who staff and operate them. Previously, many of the women living in the project area had been entirely dependent on their husbands, waiting for them to return from sea with their catch while unable to access paid work of their own. But as the enterprise groups began to form, women eagerly joined, learning the processing techniques and taking on leadership roles. These women now have an extra source of income – and they’ve gained new skills and forged new connections. 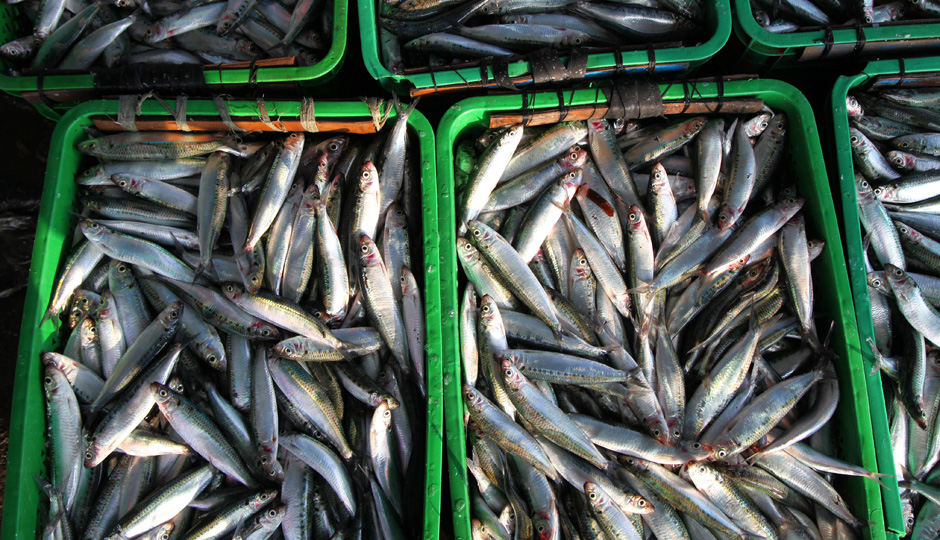 The packaged fish products have a number of advantages. They’re attractive to niche markets, meaning they can sell at a high mark-up. As they require no refrigeration, they’re easy to transport and they have an extensive shelf life. With the CCDP’s help, the enterprise groups were able to achieve international health and safety standard certification and develop effective branding and marketing strategies, making these products competitive not only in the country’s capital Jakarta, but in international markets as far away as Japan. The ability to divert some of each day’s fresh catch to processed by-products also frees up some of the cold-storage resources and helps reduce food waste.

Many of the other practices adopted by the project participants serve to further reduce food waste, too. The availability of refrigeration technology alone, for example, effectively stopped the overfishing that local fishers had deliberately practiced in anticipation of losing a significant portion of their catch. But the CCDP went even further: It trained participants on more sustainable fishing practices, reducing the incidence of by-catch and the number of discarded fish. It also taught them how to re-process fish parts that typically go unused, such as offal and bones, into a zero-waste animal feed.

In with the tide: New connections and lasting improvements

Between 2013 and 2017, the years in which the project was active, the CCDP involved nearly 10,000 households across 180 rural Indonesian villages. Thanks to the project activities, tens of thousands of people have been able to enjoy a lasting improvement in their incomes, health, environment, and community bonds.

During the implementation years, household incomes and assets rose by 132 per cent. The value of the products sold by each household increased by an average of 30 per cent, due largely to the introduction of the processed by-products. The women-led enterprise groups, in particular, earn as much as 5 million rupiah (about US$340) per month from packaged snacks alone. Thanks to the CCDP’s help with set-up, virtually all enterprise groups are now able to market their products with relative ease.

This increase in incomes has also contributed directly to an increase in food security and a decrease in malnutrition. With more cash available, fishers in these communities have been able to purchase more nutritious food – and thanks to the drop in food waste, there’s also more left over from each catch for them to keep for themselves. Fish consumption has increased among many coastal communities, and child malnutrition has decreased by 40 per cent.

But perhaps the biggest factor in the participants’ success has been the strong sense of community engagement with which they’ve approached the project. From the earliest days, when the CCDP was just beginning to install the refrigeration infrastructure in the first few villages, coastal communities demonstrated a strong commitment to the project – and to helping each other. The participants have adopted a demand-driven approach, implementing the various project activities according to their community’s strongest needs, and they’ve maintained close collaboration and communication amongst each other, helped in part by the use of mobile applications like WhatsApp, Facebook and Twitter. They report a strong sense of ownership and pride in their businesses and in the progress they’ve made.

Today, these small rural fishing communities are more connected than ever before. They’re a vital part of regional and international markets, contributing to their country’s rapidly growing economy. Their hard work now brings them the financial stability and quality of life it always should have earned them. And they’re able to do it all with far less waste – a model of economic and environmental success that can serve as an example for other, similar communities around the world.