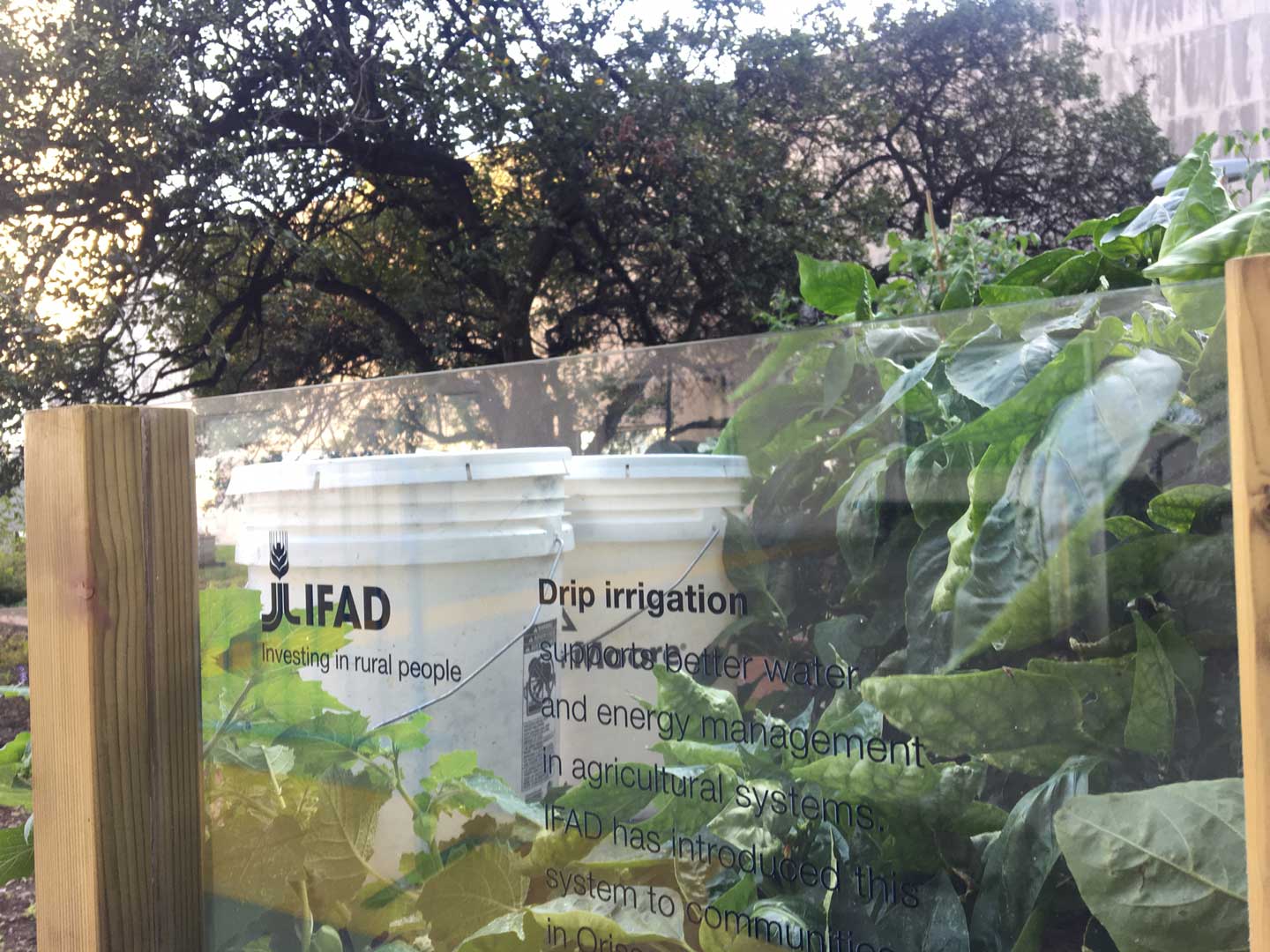 The International Fund for Agricultural Development (IFAD) is delighted to announce a new partnership with the UN Food Gardens initiative at the United Nations Headquarters in New York City.

Through the partnership IFAD is keen to showcase to UN visitors the innovative techniques IFAD is promoting in developing countries to help smallholder farmers adapt to climate change.

The UN Food Gardens initiative was established as the first ever food garden on international territory and was made possible by the UN Staff Recreation Council Gardening Club who partnered with local and global groups to achieve its mission - transforming unused land into sustainable food gardens. It also serves as a space for communicating the work of Member States and various parts of the UN system, such as IFAD, and their support of sustainable agriculture and food systems.

The first garden, officially opened by the Secretary-General in July 2015 at UNHQ in New York, consists of ten raised beds and two wildflower biodiversity beds. IFAD will be using three beds to showcase technologies that the agency employs in its adaptation projects around the world that help smallholder farmers cope with the effects of climate change.

The allotment garden will feature climate-resilient practices such as drip feed irrigation systems, mulching and insect protective netting, all sponsored by IFAD. Each of the featured garden beds is accompanied with a description of the technology and details of where IFAD is implementing it.

“We’re very proud for IFAD to be represented in the UN Food Gardens with innovations that will make the garden more climate resilient,” said Margarita Astralaga, Director of IFAD’s Environment and Climate Division.

“We are very enthusiastic about this partnership as it aligns well with our aim to translate global priorities related to food security and sustainable development into practical actions. We frequently utilize the Food Garden as a platform to highlight great methods and techniques from other parts of the globe and therefore it is very exciting to be able to showcase IFAD’s climate smart technologies used by smallholder farmers at UNHQ,” said Stina Nyström, President of the UN Food Gardens initiative.

Drip irrigation supports better water and energy management in agricultural systems. IFAD is introducing this system to communities in Azilal and Sefrou provinces in Central Morocco.

Netting is an effective method of protecting crops from birds, insects or weather damage. Netting can be manufactured in rural areas as an income-generating activity. IFAD has introduced netting systems to cocoa-growing communities in Nimba County, Liberia.

IFAD hopes the innovations displayed at the Food Garden will inspire diplomats and UN staff alike to make the connection between local small-scale agricultural production and the global commitment to take care of the planet we all share and acknowledge that small steps towards sustainable development also makes a difference.

Find out more about the UN Food Gardens initiative