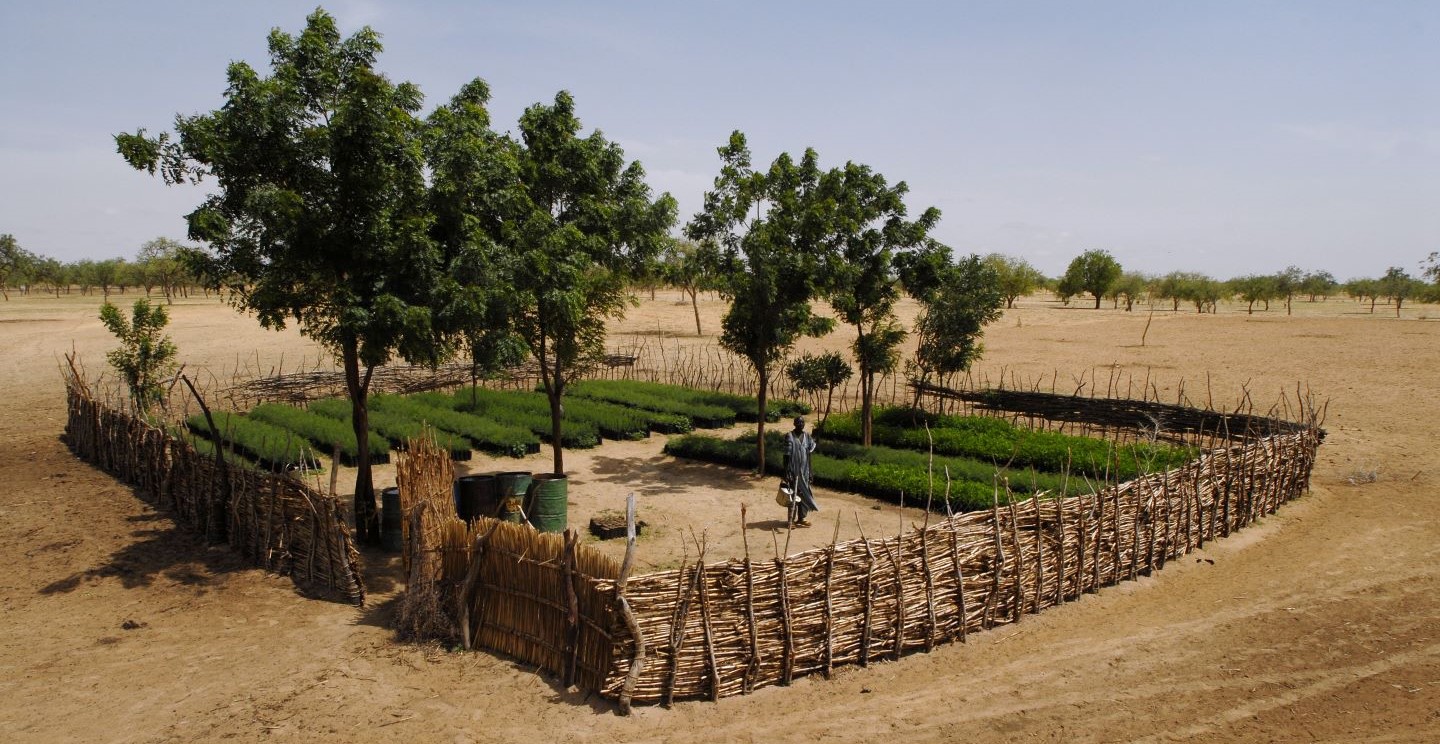 The first part of the IPCC’s Sixth Assessment Report was released earlier this year. It confirmed what many had been saying for a long time: human-induced climate change is happening now. Some impacts are already irreversible, and future impacts are inevitable. The world is expected to reach 1.5° C of warming within the next 20 years.

As world leaders gather for COP26, the global climate change summit, we’ve picked out some of the questions we get about why and how the world’s poorest rural dwellers should be helped to adapt to the changing climate.

Why do small-scale producers need to adapt to the impacts of climate change?

With climate change, the very terms on which agriculture operates are changing. Crop yields are falling, growing seasons are shifting, and less fresh water is available.

Extreme weather events like storms and drought devastate crops, kill livestock and destroy infrastructure. Climate change is expected to slash yields of staple crops by 50 – 90 per cent across southern Africa by 2050. Populations are growing, and desertification is causing arable land to shrink. In the Sahel, for example, millions of hectares of land are swallowed by the desert every year.

This is devastating for small-scale producers, as they don’t have the resources to compensate and adjust. The repercussions include hunger and poverty, civil unrest and conflict, and people migrating in search of better lives elsewhere.

Isn’t it better to mitigate climate change instead of adapting to its effects?

It’s essential to undertake mitigation measures and quickly reduce global greenhouse gas emissions. Otherwise the world risks runaway climate change, which will only increase the need for, and the cost of, adaptation down the line.

But for developing countries, we need a different strategy. In these countries – where most of the world’s small-scale producers are based – people are already suffering from the effects of climate change. In Bangladesh’s rice-producing Haor region, for example, devastating flash floods are occurring more often, sweeping away crops and livestock.

Investing in adaptation now is just as important as mitigation, so that the progress made globally in improving human health and well-being isn’t lost. It is also essential to the security of global food systems.

This is a matter of climate justice – of putting the most vulnerable, those at the mercy of climate change today, at the heart of climate action.

How can the world support efforts to adapt to climate change?

COP26 is the world’s chance to rethink how to help the most vulnerable people adapt.

Second, there has to be agreement on what adaptation means and how to measure progress.

Third, businesses must make their environment, social and governance investments – currently around US$40 trillion – more effective by linking them to actual impacts to reflect the true costs of production.

We must collect evidence on which solutions work and how, and who or what they leave out. Trial and error is essential for innovation, but it requires bold finance mechanisms, along with an acceptance that failure may precede success.

For example, through using organic fertilizers and agroforestry techniques, farmers can help sequester carbon. Water-saving irrigation practices can keep organic carbon in the soil. Nature-based solutions and agroecology can promote biodiversity while sequestering carbon and boosting resilience. For instance, in Niger, land restoration efforts have helped increase yields in irrigated areas by 40 per cent while mitigating an estimated 1.2 tonnes of carbon dioxide per hectare per year.

What does IFAD actually do to help small-scale producers adapt?

At IFAD, we help policymakers and agricultural institutions support small-scale producers and base their investments on high-quality climate risk information. We document lessons from climate-resilient agriculture so others can learn from them.

We invest in empowering women, and we ensure small-scale producers have a say in decision-making. We promote opportunities for rural youth and we work with indigenous peoples to bring them to the forefront of sustainable food system transformation.

Small-scale producers grow and make the food the rest of us eat, all while trying to make a living on the front lines of climate change. Our global hope for a sustainable, equitable, greener future, in which we achieve our development and climate goals, rests in helping them adapt. Through our unique mandate, IFAD has become a leader in the field of climate adaptation.