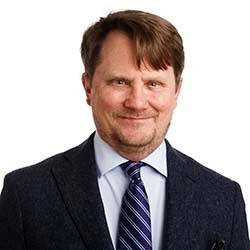 Did you know that annual global energy consumption equals only the amount of energy delivered by the Sun in a single hour? Yet over one billion people still lack access to electricity, and three billion rely on pollution-generating solid fuels and kerosene for their cooking and heating needs.

What’s wrong with this picture?

With fossil fuels contributing to climate change and environmental degradation - and likely to be exhausted by 2050 - the world needs to tap into clean, sustainable energy. That’s why Sustainable Development Goal 7 sets a number of important targets,  including increasing the share of renewable energy in human energy consumption and doubling the global rate of improvement in energy efficiency.

Rural areas are at a particular disadvantage in terms of energy. They are often not connected to grids, and their remoteness makes it expensive to extend infrastructure to serve them. Without energy, smallholder farmers and rural small enterprises face barriers in adopting new technology and linking to markets and modern value chains that would allow them to grow their businesses and improve their livelihoods.

Innovation takes more than technology. The second issue of the Journal of Law and Rural Development looks at the legal issues involved. New technologies can present a challenge to policies that were designed for a traditional energy sector. In rural areas in particular, obstacles to progress can be a lack of clear land policies, inadequate laws governing real estate, and gender issues such as barriers to women exercising property rights. Tax law and regulatory instruments may also need to be adjusted.

But it is not enough to simply eliminate legal barriers to using renewable energy. There must also be positive legal strategies. Establishing renewable portfolio standards, setting feed-in tariffs, and promoting access to national grids are needed to make renewable energy available to rural people. Articles in this issue of the Journal explain these key legal concepts and show how they are being applied in both developing and developed countries in different parts of the world.

Developing countries are making progress, especially in light of the enormous potential renewable resources enjoyed by countries of the South. In 2014, emerging economies devoted US$156 billion to renewable energy, 20 times more than ten years before. In one year, China and India almost doubled their installed solar power capacity.

India, for example, has prioritized the development of 60 “solar cities,” adopting a nationwide approach that overcomes the confusion created by multiple federal and state policies and facilitates investment. Egypt is working with development partners and the private sector to create the Benban Solar Park, which will the largest solar power installation in the world. Bolivia has made legal and policy changes to promote solar, wind and micro-hydro power which can give a major boost to development in a country where 30 per cent of the population is rural, and only 66 per cent of rural dwellers have electricity.

Achieving SDG 7 won’t be easy. To reach universal access to affordable, reliable and modern energy by 2030 means 135 million people will need to have access per year and 60 per cent of electrification will have to come from new off-grid rural power sources. This is where international financial institutions like IFAD have a major role to play.