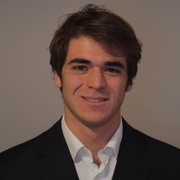 One of the greatest challenges facing humanity today is how to feed an ever growing population. Though hunger rarely makes the headlines anymore, it is still a burning issue in many countries, with an estimated 821 million undernourished people in the world. For decades, governments and donors have been increasing investment into food production to alleviate the problem. But what if the solution lies elsewhere?

Seven years have passed since FAO estimated that about one third of the food produced worldwide is either lost or wasted. As we know, much of this waste takes place in wealthy countries where a lot of food is thrown away or goes uneaten. More surprising still is that huge amounts of food are lost even in the poorest countries, the very same which have the highest numbers of hungry or malnourished people. Most of these countries are affected by high levels of post-harvest losses caused by inappropriate handling of the produce after harvest.

I last visited Rwanda in July 2018. Like many other sub-Saharan African countries, agriculture is the leading economic activity in this densely populated nation, with more than 70 per cent of the workforce employed in the agricultural sector. Most of the produce is handled by smallholder farmers in their own homes through rudimentary post-harvest practices, often leading to low quality produce and high post-harvest losses.

For the farmers I met, climate change is a big part of the problem. Due to shifting climatic patterns, maize harvesting currently happens during the peak of the rainy season. Most farmers do not have access to adequate drying facilities and cannot dry their produce to acceptable moisture levels before storing it, leading to pest infestation, moulding and contamination. The result: large quantities of their maize is either inedible or unsellable.

The problem is a real one and there is data to prove it. According to the Africa Post-Harvest Loss Information System (APHLIS), the leading source on post-harvest wastage in Africa, losses in the Rwanda maize supply chain could be as high as 22 per cent. The figure is also alarmingly high for other crops in other countries in sub-Saharan Africa, with an average grain loss estimated at 13.5 per cent continent-wide.

Reducing such losses could constitute a more cost-effective answer to hunger than increasing productivity. If the figures published in a 2011 World Bank report paint an accurate portrait, eliminating grain losses in sub-Saharan Africa alone could provide the annual calorie requirement for around 48 million people. And this increase would not be detrimental to the environment, as it would require no extra resources (water, land and energy) to grow the food that would otherwise go wasted.

The problem is that it is difficult to isolate post-harvest losses from the issue of rural underdevelopment in general. That is because they are largely due to the lack of infrastructure and appropriate equipment that affects many developing economies. What is really needed is a complete overhaul of the rural sector and its value chains, and one that leaves no loss behind.

A growing number of projects supported by IFAD follow a holistic approach that aims to improve the overall efficiency of the value chain by upgrading the capacities of all actors involved. An internal desk review found that between 2013 and 2016 IFAD earmarked about US$433 million to post-harvest operations through such projects. The infrastructure, equipment and capacity developed thanks to this investment is essential to enable producers to reduce their losses.

More focused interventions may still be needed to reduce losses at critical loss points, as we've done for example in East Timor by subsidizing 42,000 improved storage drums for household storage. Yet the comprehensive and durable development many of our projects have brought to rural communities is arguably more effective than piecemeal interventions, which may have a more immediate and measurable impact, but a more uncertain future.

Reducing food losses is just as important as improving yields, especially in the context of shifting climatic conditions. But the most effective way to stop the loss is to take a holistic approach that carefully integrates post-harvest loss reduction into every step of the targeted supply chains, from production to retail. If adequately funded and implemented, this approach could be the key to building more sustainable food systems, ensuring that everyone is adequately fed while our environment is protected.