Blockchain: a plus for smallholder farmers? 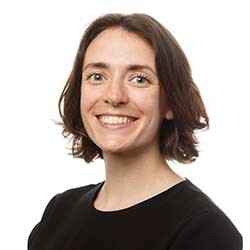 Imagine that instead of redistributing wealth through governments, we could instead change how wealth is distributed to begin with. This is precisely what blockchain was designed to do. It came out of a radical cypherpunk movement with the purpose of disrupting the role of governments, banking and big corporations after the financial crisis. Instead, it's now been adopted by the biggest market players, with tech giants Alibaba and IBM applying for the most blockchain-related patents. The technologies using blockchain, such as bitcoin, are interesting not just because of their market value but because of their alluring potential to change the social and economic fabric of society.

Blockchain works by creating a mechanism for trust between market actors without the need for a regulatory authority. In a nutshell, blockchain is an asset database that uses cryptography to create a record of transactions. In this way it is similar to a standard accounting ledger, only each transaction is permanently recorded, cannot be modified, and is stored simultaneously by everyone within a peer-to-peer network. This degree of transparency creates trust between intermediaries. Next generation blockchain technologies, such as Ethereum, build on this and enable 'smart contracts', which can set in motion a series of actions, such as releasing payments, at specific instances according to the contract rules. It is this disruption of traditional record keeping that underpins its capacity for transformation.

Whilst blockchain opens up a wave of possibilities to improve productivity, add value and share information securely, it is still in its infancy and there have been as many false leads as there have been success stories. Important issues include the environmental cost of the immense computing power required certain types of blockchain networks and the human error of inputs into the chain. But still, blockchain remains potentially interesting for rural communities, particularly  in developing economies and fragile states because of the trust dimensions. Banking and remittances, land rights and supply chain transparency are three areas where testing of blockchain's potential has begun.

In many developing countries, basic formal financial services still reach only 10 per cent of rural communities and the poorest customers are often unprofitable for commercial banks. Small rural businesses and international migrants can struggle to open accounts or send home remittances, and often face higher rates of interest on credit because of issues of identity verification, a lack of basic infrastructure, and currency risk.

Blockchain can help because it can be used to identify individuals by adding biometric data to the chain to securely identify customers or by using bitcoin to act a bridge to pair two different currencies. This can help transfer remittances securely and reduce transaction costs. Furthermore, connecting cooperatives to blockchain technology via mobile apps could enable smallholders to keep transparent records of transactions and facilitate collaboration. Embedded smart contracts could enable real-time payments to be made so that money can be released almost instantly to parties along the supply chain when an agreed action takes place, thereby creating an different way of banking. In turn, this could enable poor rural people to save money, lower credit scores, slim down supply chains and more effectively leverage collective bargaining power.

Smart contracts can speed up the insurance claims of smallholder farmers and reduce instances of fraud, which in turn can lower insurance premiums and speed up payments. In the event of a flood or drought, automated payments linked to smart contracts can be immediately and automatically dispersed to smallholder farmers, helping to mitigate the risks of natural disasters and stabilise precarious livelihoods.

Land rights are essential for smallholder farmers to make long-term investments in their businesses. By making land rights securely available online to the public using blockchain eliminates multiple title claims on the same piece of land as blockchain records cannot be altered after-the-fact, enabling farmers to purchase land securely, knowing the land title can't be discredited later on. In fragile context, this in turn could help to create more stable societies.

Currently, blockchain can work well for improving supply chain transparency for high value products such as diamonds, but may not be cost effective or practical for smallholder farmers. This is because it is difficult to physically tag physical items to guarantee their authenticity at different stages of the value chain. The high value of diamonds, for example, enables the supplier to accept the cost of lasering a unique identifier on the product. Attempts to get around this traceability issue for farming are being trialled, such as by attaching QR coded tags to tuna, but in reality once the fish or other produce is cut up and prepared, or is lower in value, it becomes much harder to verify and track. Furthermore, this tagging is prohibitively expensive and complex for smallholder producers and supply chains. Potentially, if this could be fixed, it could improve food safety and enable smart payments.

At IFAD, we are beginning to test how blockchain can be leveraged to support IFAD's role as an IFI and a UN agency. IFAD is piloting the use of blockchain technology in several finance applications with partner UN Agencies. They are experimenting with blockchain to share information on financial transactions between IFAD and several partners. Every transaction between partner agencies would be placed on a blockchain to allow remote, immediate viewing for instant validation and transparency, regardless of which resource system an agency uses. If successful, this can be expanded to all partner IFIs and UN Agencies to support collaboration, coherent and standardised reporting that would benefit rural people, entities and governments working with IFAD and its development partners.

There are exciting new developments in blockchain for making cross border payments recently announced by Ant Financial that we are also exploring as cashless payments could revolutionise how we transfer funds for development.

IFAD is also investigating potential uses of blockchain within IFAD operations, where it could support financial inclusion, market access and value chains. The challenge will be to examine, through pilot projects, whether blockchain can be leveraged in our project delivery.

IFAD, WFP and UNHCR together lead a working group on innovation in finance to further leverage blockchain to support efficiencies and transparency across the UN System and for our beneficiaries.