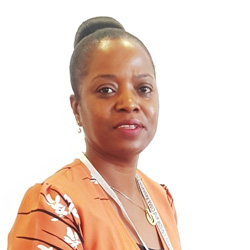 World Environment Day is a day set aside to raise awareness about environmental issues and encourage protective action. This year’s theme, “Time for Nature,” resonates especially well with our work here at IFAD on environmental and climate change issues.

Among all of the forces contributing to climate change and biodiversity loss, deforestation is one of the most significant. It destroys ecosystems and critical wildlife habitats, adversely affects livelihoods and reduces carbon sequestration. It also reduces the natural cycling of moisture from soils, through vegetation, and into the atmosphere, leading to reduced atmospheric humidity and potentially suppressing rainfall. Sufficient tree cover also reduces storm water run-off, and minimizing run-off reduces erosion and pollution in waterways and the effects of flooding.

This is especially true in Zambia, where deforestation results in 250,000–300,000 ha of forest cover lost per year. The country’s Luapula, Muchinga and Northern Provinces have seen extensive deforestation and forest degradation over the years, with wood extraction, charcoal production, agricultural expansion, infrastructure development and fires largely driving the destruction. These activities were a necessary survival strategy for poor villagers struggling to make ends meet. Nevertheless, charcoal production is one of the primary causes of carbon stock loss.

In Zambia, focusing on large landowners and industry alone is not sufficient to combat deforestation, as the nation’s smallholder farmers are responsible for 60 per cent of the forest loss per year. Therefore, to reach a solution, they must also be engaged.

In an effort to engage these smallholder farmers, the Government of the Republic of Zambia, through the Ministry of Agriculture and with joint support from IFAD, entered into a partnership agreement with Community Markets for Conservation (COMACO) and Total Land Care (TLC) to deliver agricultural and advisory services, including the promotion of sustainable livelihoods, as part of the implementation of the Smallholder Productivity Promotion Programme (S3P) in these three provinces. Among other interventions, smallholder communities were educated on how to protect forests and curb deforestation while achieving sustainable livelihoods.

Through various interventions, the smallholder sector successfully achieved a reduction in deforestation. With a focus on short-term, high-impact outcomes such as lowering rates of wood consumption, adopting less destructive methods of tree cutting, and promoting practices that encourage natural regeneration, the project emphasized:

The programme also undertook activities with a longer-term perspective:

Although the S3P efforts have largely been successful, it should be noted that reforestation programs generally face a host of challenges. They are expensive and prone to drought, disease, fire, damage from termites and animals, as well as poor management at various stages of the cycle. To yield the best possible outcomes, vital considerations such as careful species selection, nursery care, and time and method of planting must be carefully kept in mind. Additionally, communities such as those in northern Zambia, who often live at or near subsistence level and lack the material resources to rebuild the forest that has disappeared over time, require tailored support.

But capacity-building such as this empowers these communities to actively participate in the project’s success, from selecting appropriate trees suitable for their ecological region to identifying viable alternative income-generating activities. These inclusive efforts to restore the ecosystem are in the community’s best interest – and the results achieved to date confirm that smallholder farmers have a key role to play in reducing deforestation.

After all, in the words of the Goldman Environmental Prize Winner Wangari Maathai, “the future of the planet concerns all of us, and all of us should do what we can to protect it. As I told the foresters, and the women, you don’t need a diploma to plant a tree.”