First global meeting of the Indigenous Peoples' Forum at IFAD

The first global meeting of the Indigenous Peoples' Forum at IFAD was held in Rome on 11-12 February 2013, in conjunction with IFAD's Governing Council. The meeting was the culmination of two years of planning by indigenous peoples and their organizations.

The seeds of the event were planted at a workshop in Rome in February 2011, when indigenous peoples' representatives called for an institutionalized global dialogue about IFAD-supported operations in their territories, and about the implementation of IFAD's Policy on Engagement with Indigenous Peoples. After that workshop, IFAD and its partners in indigenous communities followed through with a series of further consultations, including regional workshops held in Kenya, Nicaragua and Thailand.

Reports on the regional consultations were a key part of the agenda at the Forum's first global meeting. Overall, they identified urgent priorities in at least two areas: first, ensuring full participation by indigenous peoples in the design and implementation of projects financed by IFAD; and second, building the capacity of indigenous peoples' institutions to fulfil their potential and protect their basic rights to own and manage land and resources.

By the end of the meeting, Forum participants had synthesized their deliberations into an action plan and declaration, which they subsequently presented before the IFAD Governing Council. The synthesis focused on strengthening the partnership between IFAD, governments and indigenous peoples. It highlighted concrete steps that IFAD and governments could take to ensure indigenous peoples' effective participation in the design, implementation and monitoring of rural development initiatives. 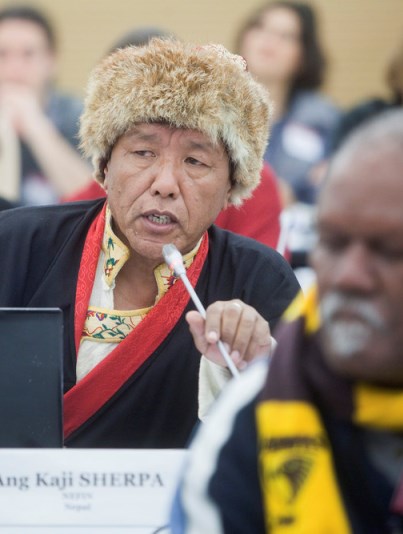 Among many other recommendations, Forum participants sought recognition of indigenous peoples' traditional knowledge and the sustainable practices they have used for thousands of years to protect and manage the land. "We come here for a dialogue, putting our knowledge on the table," said Mirna Cunningham, a member of both the Indigenous Peoples' Forum Steering Committee and the United Nations Permanent Forum on Indigenous Issues. "We offer our knowledge so we can work together."

Check out photos from the event