Guatemala City, 27 April 2016 –A study conducted by the Central American Institute for Fiscal Studies (Icefi) with support from the International Fund for Agricultural Development (IFAD), recommends fiscal policy changes in El Salvador, Guatemala, Honduras and Nicaragua that would enable greater investment in rural development and move thousands out of poverty.

The population of Latin America and the Caribbean is more than 600 million and approximately 52% of the entire population is under 29 years old. The 15-29 years old constitute 25% of the population. (ECLAC, 2015) 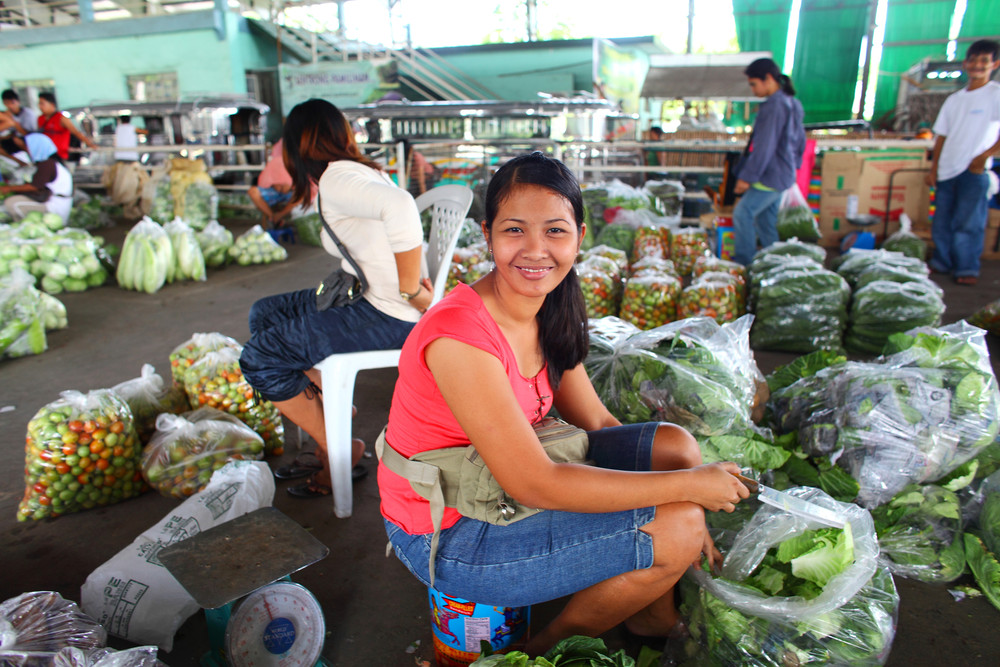 Today's generation of young people – defined by the United Nations as those aged 15 to 24 – is the largest in history. An estimated 87 per cent of the world's young people live in developing countries, and the majority live in rural areas. However, in the world's poorest countries, opportunities for youth are often limited or non-existent, leaving them marginalized politically, economically and socially. 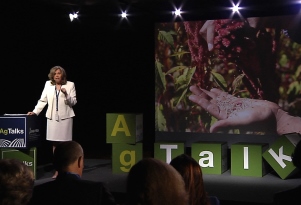 Date: 19 April 2016 Once a sacred grain for the Aztecs, amaranth and its incredible nutritional properties have long been forgotten in Mexico. 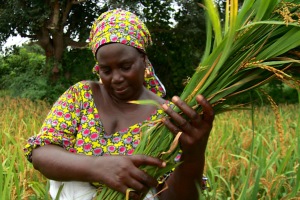 Until a few years ago Awa Ndiaye and her women's farming cooperative were struggling to grow anything due to soil degradation and lack of water. But the adoption of a solar-powered water pump sparked a series of innovations which are helping Ndiaye and other farmers in South East Senegal adapt to the challenges posed by the changing climate. 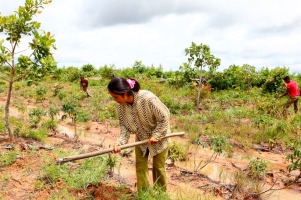 Date: 6 April 2016 Incense sticks are ever-present at Buddhist shrines across South East Asia. They are mostly made from the bark of the endangered bong tree, which is endemic to the region. Bong trees were once abundant in countries like Laos but, in 2008, overexploitation led the Lao government to declare that they were on the verge of extinction. 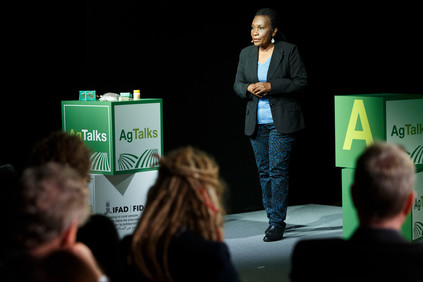 On the island of Zanzibar, the sea had always been a man's domain. But researcher Flower Ezekiel Msuya says things started to change when local women unleashed the commercial potential of seaweed.

Global Forum on Remittances and Development

International Day of Family Remittances When: 16-19 June 2015  Where: Centro Congressi Stella Polare, Rho, Milan, next to the EXPO2015 site. The fifth  is 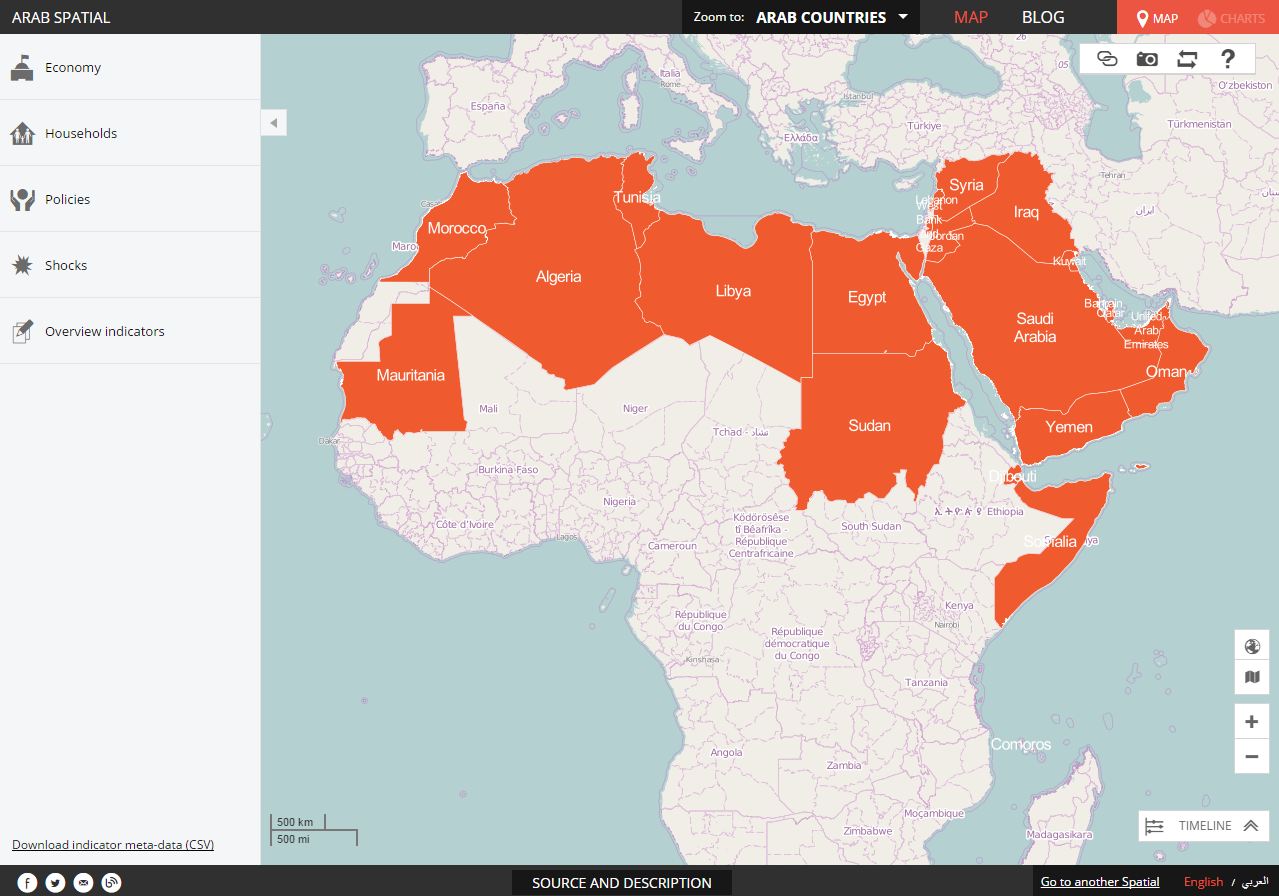 The Power of Knowledge: how access to information could reduce conflict and increase food security in the Arab world

The Arabspatial knowledge platform emerged as part of the IFAD-IFPRI partnership to promote open-access data and M&E tools for the Arab World. Not a day

Smallholder farmers and the Paris Agreement

20 April, 2016 - As 60 million people around the world face severe hunger because of El Niño and millions more because of climate change, world leaders will meet in New York this week to sign the Paris Agreement on Earth Day.

For World Environment Day, IFAD partners with Italian chef Carlo Cracco to shed light on the devastating impact that climate change is having on rice production in Cambodia.

Financing for Development: bringing the vision to life

1 July 2015 - The year 2015 is critical for the future of human development because the world's leaders have prepared themselves for a major push to solve the problems of hunger, poverty and climate change.

Burkina Faso Farmers Working Together for a Better Future

Smallholder farmers from the Sahelian part of Burkina Faso are becoming increasingly vulnerable to climate change. Rising temperatures are accelerating

Despite being “the biggest threat facing humanity” climate change and its impacts fail to make headlines, says IFAD study

Rome, 6 April 2016 – Even as 60 million people around the world face severe hunger because of El Niño and millions more because of climate change, top European and American media outlets are neglecting to cover the issues as a top news item, says a new research report funded by the International Fund for Agricultural Development (IFAD) today.

Rome, 12 April 2016 – The UN’s International Fund for Agricultural Development (IFAD) and the government of Sri Lanka signed a financial agreement recently that will improve food security and increase incomes for 32,000 rural households in the country’s central and southern region.

Development projects supported by the International Fund for Agricultural Development (IFAD) in Nigeria have been effective in improving the livelihoods of rural poor people and strengthening their food production systems in a number of impoverished, remote communities, according to findings presented today in Abuja by the Independent Office of Evaluation of IFAD. 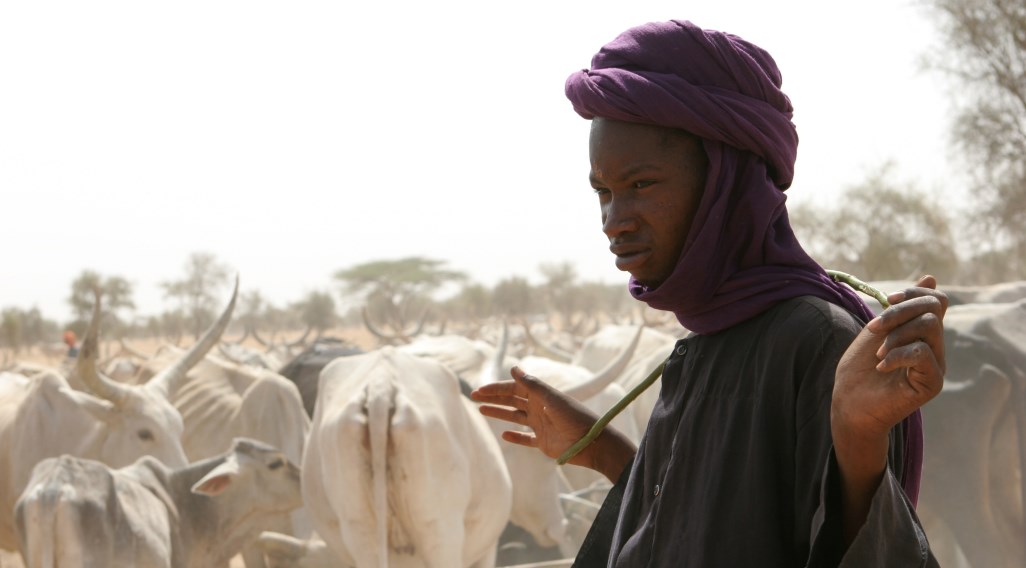 Why are rural youth leaving farming?

Unemployment for youth is a growing concern in Africa. Youth account for 60 per cent of all unemployed, according to the World Bank. 6 April, Rome – Rural 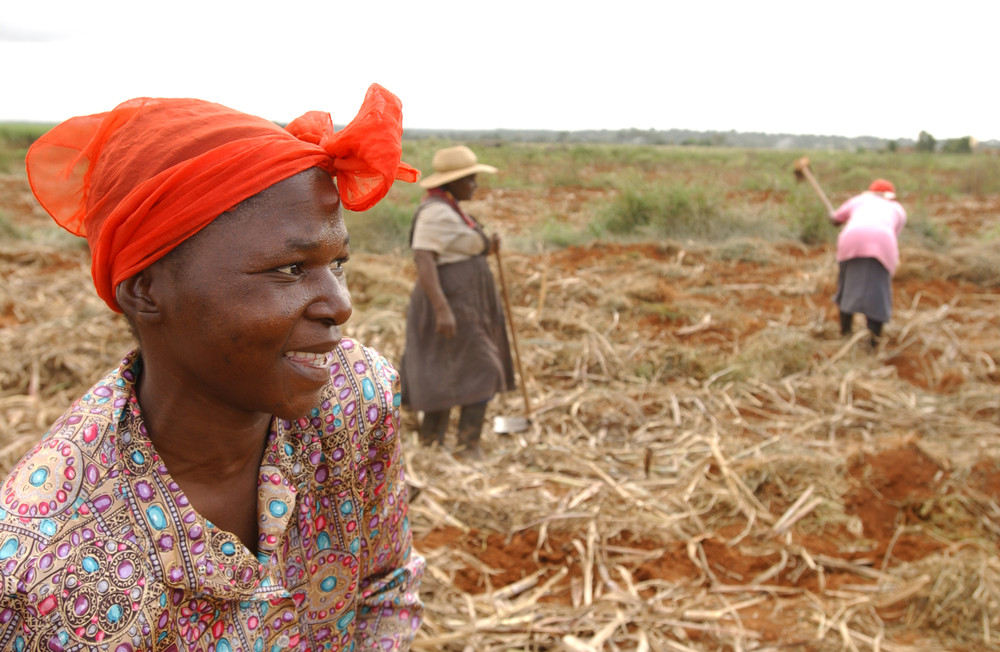 Top news media are failing to identify climate change as a contributor to some of the world’s biggest crises, including migration, food insecurity and 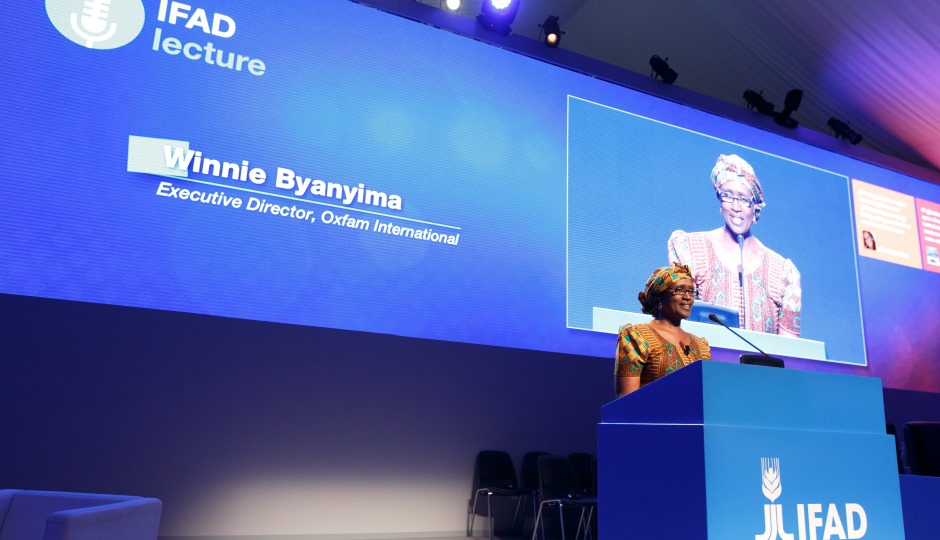 IFAD Lecture: Winnie Byanyima on the future of aid

Winnie Byanyima, Executive Director of Oxfam International, delivered the inaugural IFAD Lecture at the 38th session of the Governing Council, IFAD's annual meeting of Member States. Her lecture – entitled 'The Future of Aid' – took place on 17 February 2015. It was the first in a planned series that IFAD has launched to advance thinking on rural transformation as a key to sustainable development in the post-2015 world.

IFAD invests in rural communities vulnerable to climate change, limited access to fresh and clean water, and malnutrition Samoa, 3 September 2014 – A US$7

Rome, 4 April 2016 – The Vice President of the International Fund for Agricultural Development (IFAD), Michel Mordasini, will visit the People’s Democratic 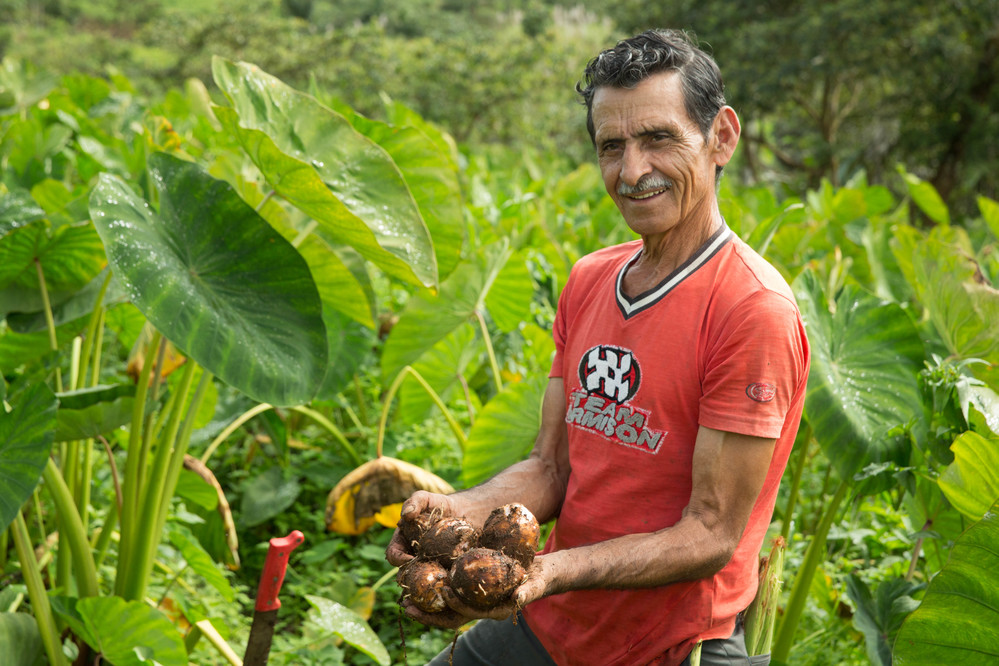 Francisco Don Pacho Garcés is a farmer from Ecuador and the president of the local small farmers’ association for Fray Mariano Benitez. He has seen first-hand

Rome, 29 March 2016 – IFAD has been recognized for its contributions to agricultural innovation and the date palm sector during the launch of the Khalifa International Award for Date Palm and Agricultural Innovation in Abu Dhabi. 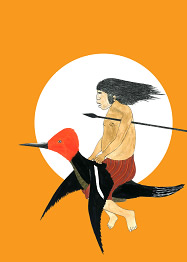 Rome, 18 February 2011 – The International Fund for Agricultural Development (IFAD) has announced the under the Fund's auspices, following a two-day workshop 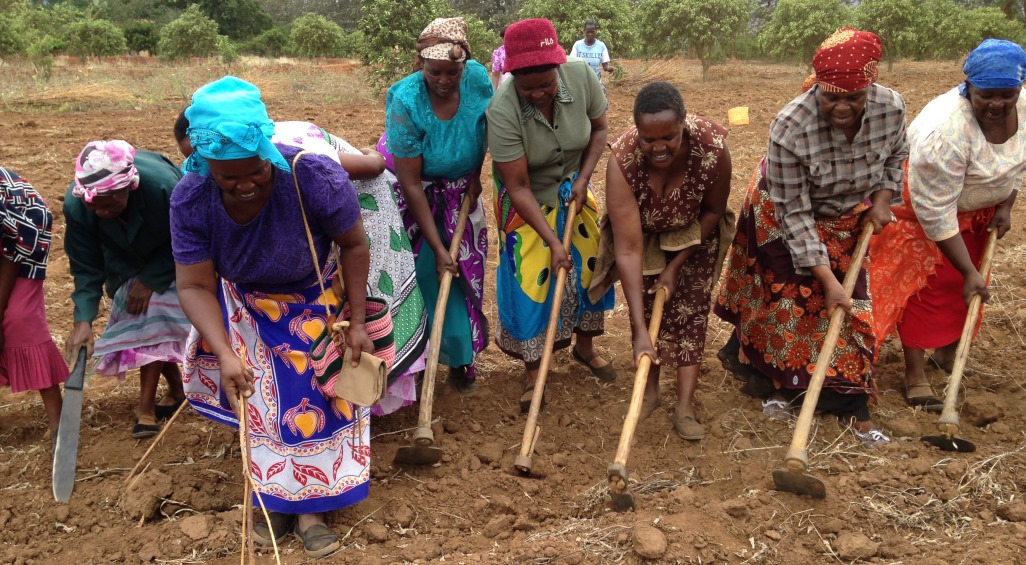 Date: 16 March 2016 In eastern Kenya, the dry season is getting longer, and rainfall is less predictable. Only two per cent of people have enough food throughout the year, and almost half the children under five are malnourished. Maize is the predominant crop – but three out of four maize harvests fail.

In the sub-regions of Maaroodi-Jeex and Awdal, in the arid and semi-arid region of Somaliland, an innovative water management solution is helping small farmers stay in business despite the changing weather patterns.

23 March 2016, Rome – The United Nations has called for a stronger response by governments, aid organizations and the private sector to address the devastating impact the El Niño climate event is having on the food security, livelihoods, nutrition and health of some 60 million people around the world.

Rome,26 March 2013 - The International Fund for Agricultural Development (IFAD) and the government of the Plurinational State of Bolivia signed a financing 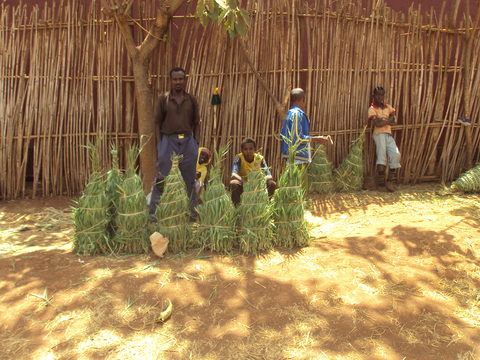 The benefits of bamboo: support for livelihoods, the environment and women’s empowerment

The road to dignity after 2015

30 DECEMBER 2014 – A new United Nations report previews the broad outlines of the post-2015 sustainable development agenda, which will take effect after the Millennium Development Goals run their course in 2015. Among a range of other global priorities, the report highlights the need to reach vulnerable populations in remote rural areas and to ensure adequate financing for development projects that fight extreme poverty. 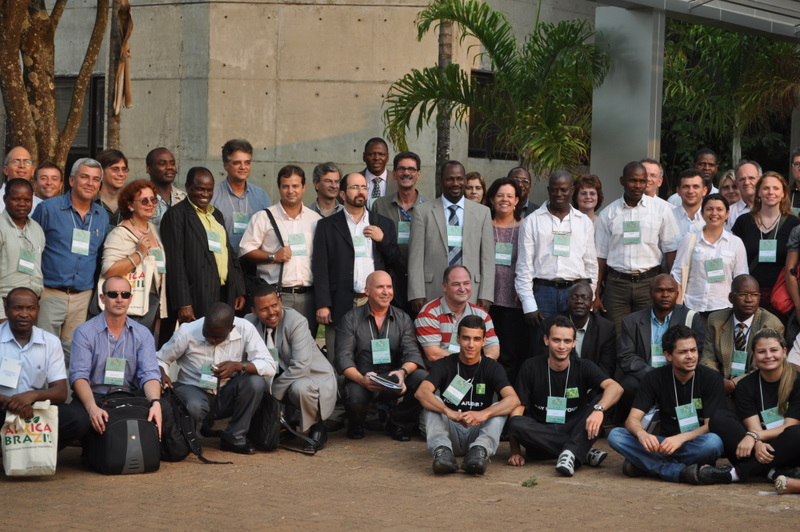 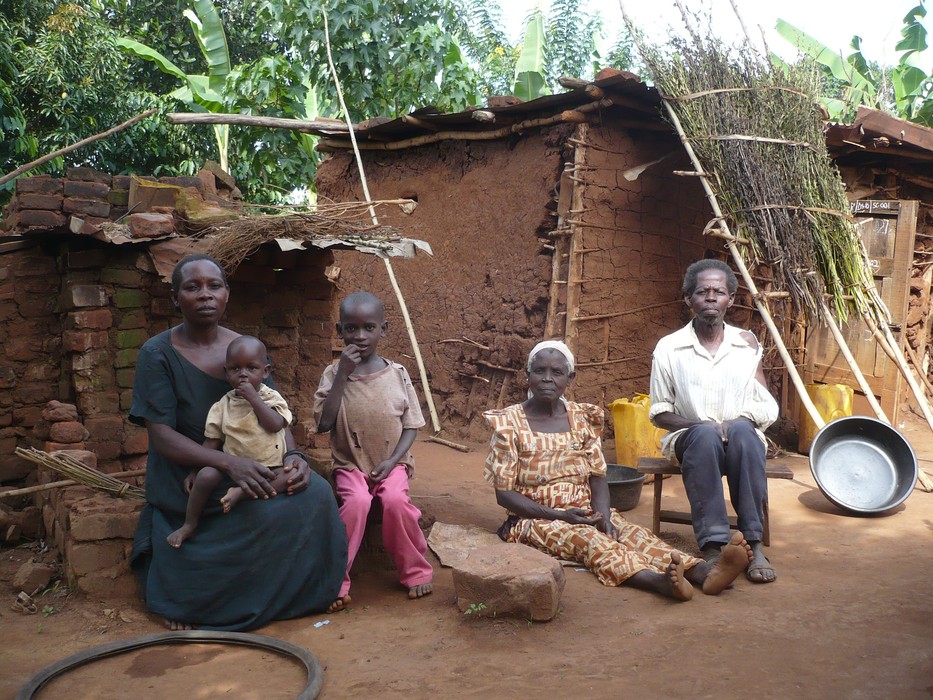 A family that works together can overcome poverty

As the Lead Technical Specialist of the IFAD Gender Team, Clare Bishop-Sambrook explained "IFAD has been developing HHMs for several years as an effective

Standing in the shadow of the sun, in a marquee tent, Yoel Pérez, president of the Eduardo René Chivas y Rivas cooperative, explains the features of his agricultural cooperative to the IFAD delegation and President Kanayo F. Nwanze, during their official visit to the Republic of Cuba on 12-16 May 2015.

The theme of this year's World Environment Day, which falls on 5 June, is sustainable lifestyles. So, to celebrate the occasion, the International Fund for Agricultural Development (IFAD) partnered with Italian celebrity chef, Carlo Cracco, to bring attention to the impact that climate change is having on many of the world's traditional foods. 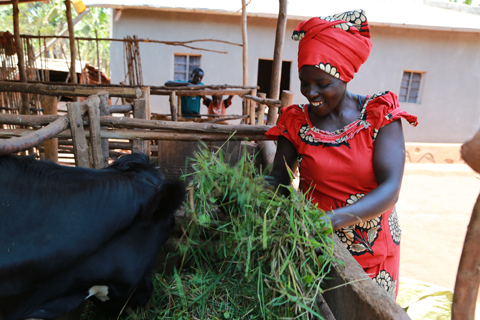 Annonciata Nsekugabanye is a cattle farmer in Eastern Rwanda. She received her first cow and gender training with her husband through the IFAD-supported