Investing in the resilience of small farmers ensures food security and strengthens nations, IFAD President to tell leaders of Mozambique and Malawi 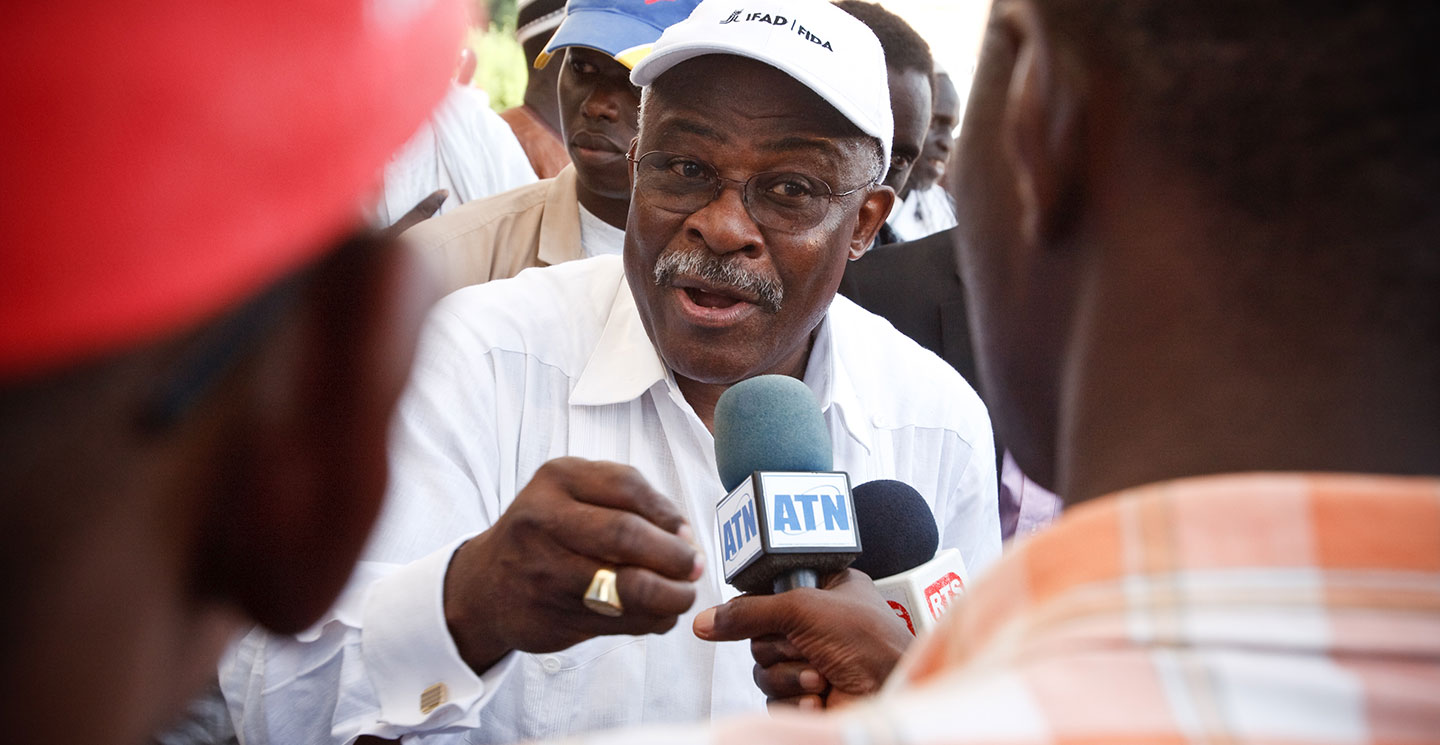 Rome, 27 January 2017 – Investing in the resilience of smallholder farmers is more important than ever if we are to maintain the food security gains now being threatened by the after effects of El Niño and La Niña. That’s the message, Kanayo F. Nwanze, President of the International Fund for Agricultural Development (IFAD), will bring to the Presidents of Mozambique and Malawi on his visit to the two countries, from 30 January to 1 February and from 1 to 3 February, respectively.

Climate change is eroding the gains that the countries of east and southern Africa, including Mozambique and Malawi, had made in poverty reduction and food security. Rural populations, particularly smallholder farmers, women and young people are the most affected.

“In this era of climate change, the shocks that poor rural people face are multiplying. At IFAD, we work to improve the ability of poor rural people to manage a growing set of risks in a rapidly changing world,” said Nwanze.

“If we do not channel our investments to the rural areas of the countries affected by El Niño and La Niña now, smallholder farmers, particularly young people, may leave their communities and migrate to urban areas or abroad in search of elusive work opportunities, thus compromising food security,” Nwanze said.

In Mozambique, Nwanze will meet with President Filipe Jacinto Nyusi and key officials, including the Ministers of Foreign Affairs and Cooperation; Economy and Finance; Agriculture and Food Security; as well as the Governor of the Central Bank of Mozambique and representatives of development partners working in Mozambique.  He will undertake a field trip to the area affected by the latest El Niño where IFAD is supporting the Pro-poor Value Chain Development Project in the Maputo and Limpopo Corridors (PROSUL). He will meet with smallholder farmers and discuss the impact of the project on their livelihoods. He will also officially open the IFAD Country Office in Maputo.

During his visit to Malawi, Nwanze will meet with President Arthur Peter Mutharika and key officials, including the Ministers of Foreign Affairs and International Cooperation; Finance, Economic Planning and Development; Agriculture, Irrigation and Water Development; Local Government and Rural Development; as well as with representatives of development partners working in Malawi. He will visit two IFAD- supported projects: the Rural Livelihoods and Economic Enhancement Programmes and the Sustainable Agricultural Production Programme in the areas affected by the latest El Niño. There, he will meet with smallholder farmers to discuss the impact of the programmes on their livelihoods and how they are coping with climate change.

In both capitals, discussions will focus on investment in agriculture, climate change, rural development, including access to rural finance services, food and nutrition security and youth employment in rural areas.

In Mozambique, IFAD started operations in 1983 and has financed 12 programmes and projects in the country for a total value of US$400.2 million, of which IFAD has contributed $243.9 million, directly benefiting more than 2.1 million rural households.

In Malawi, since 1981, IFAD has financed 12 programmes and projects in the country for a total value of $441.4 million, of which IFAD has contributed $224.9 million, directly benefiting more than 1.4 million rural households.