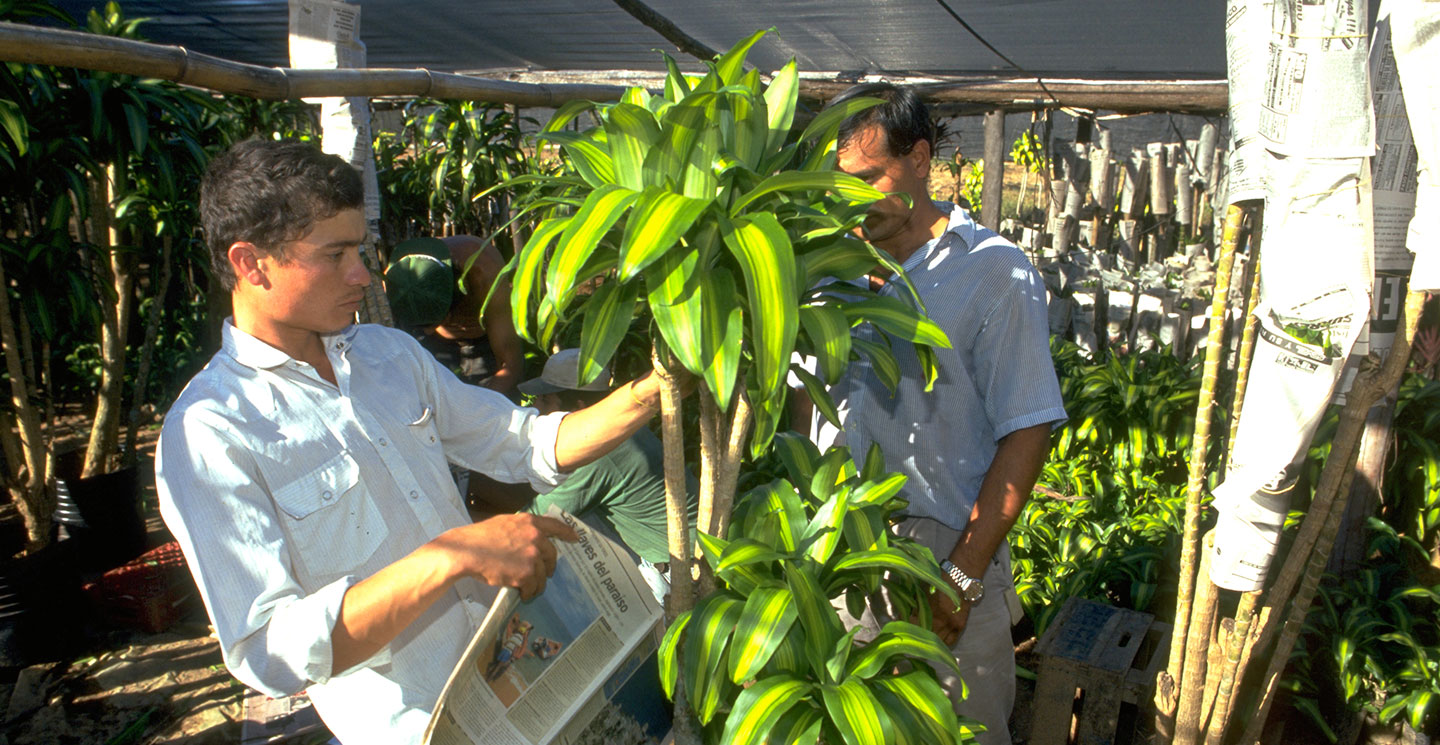 Rome, 13 March 2017 – Improving sustainable integration of small-scale producers into emerging value chains is the aim of a financial agreement signed here today between the International Fund for Agricultural Development (IFAD) and the Government of Argentina.

Some 8,000 rural families (around 37,600 people) will benefit from the programme, that will focus particularly on vulnerable groups, especially indigenous peoples, women and youth.

The total cost of the programme, on the economic integration of family producers of northern Argentina, known as PROCANOR, is US$38.9 million, including a $24 million IFAD loan and a $330,000 grant for research and knowledge management. The project is co-financed by the Government of Argentina ($11.4 million) and by the beneficiaries themselves ($3.2 million).

The agreement was signed by IFAD President Kanayo F. Nwanze and Claudio Javier Rozencwaig, Permanent Representative of Argentina to the Rome-based UN agencies.

Argentina is one of the largest economies in Latin America and one of the world's major producers of agricultural commodities, especially soybeans and maize. There are some 251,000 family farms in the country, many of which are run by poor families, most of them living in the Greater North region where the programme will be implemented. In 2010, 18 per cent of the rural population and 22 per cent of rural households in the country had unmet basic needs. Poverty is especially severe in farming families, indigenous communities, rural working families and large families without fixed incomes.

PROCANOR aims to reverse this situation by engaging family farmers in emerging and dynamic value chains, such as quinoa, Andean potatoes, chia or llama meat and wool, among others. It will also create opportunities for building partnerships among agribusinesses, commercial enterprises and farmers' organizations.

Since 1988, IFAD has financed eight rural development programmes and projects in Argentina for a total amount of $372.3 million with an IFAD investment of $128.4 million.