Indigenous communities, family farmers, rural women and youth among those invited to take a seat at the table during Independent Dialogues to help transform global food systems. 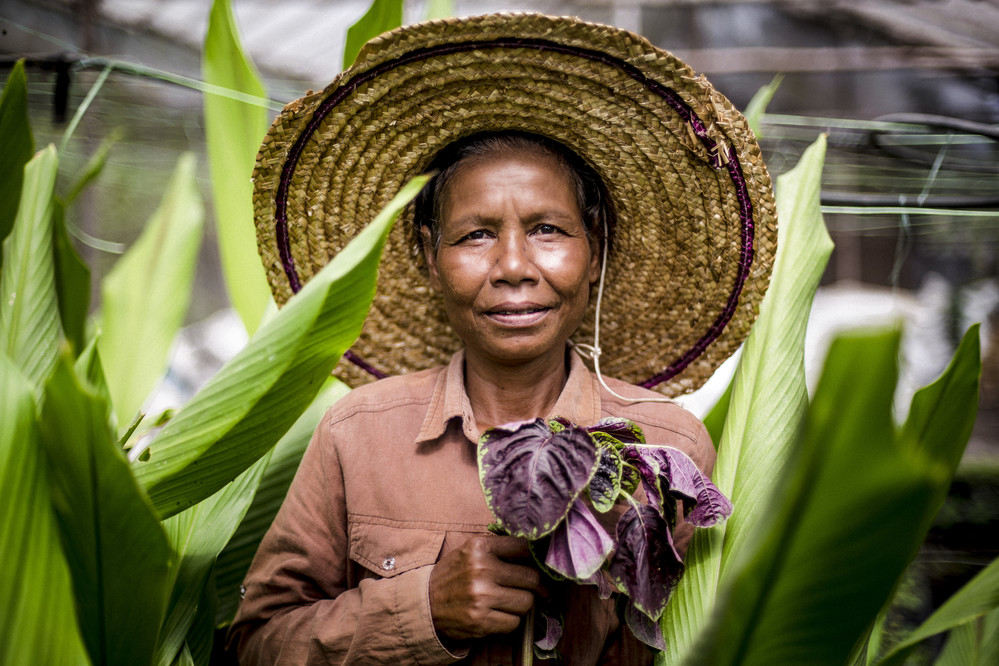 February 18, Rome – An unprecedented commitment to ensure that the voices and opinions of millions of the world’s most remote rural people are at the heart of the United Nations Food Systems Summit was announced today by the UN Secretary-General’s Special Envoy, Agnes Kalibata and the President of the International Fund for Agricultural Development (IFAD), Gilbert F. Houngbo.

This will be achieved through the Independent Summit Dialogues, a public platform that gives everyone around the world a chance to contribute towards national strategies for more sustainable food systems.

IFAD works in the world’s poorest rural areas and has pledged to mobilise its network of country offices and partners to reach millions of family farmers, indigenous communities, producers, rural women and youth to ensure they have the chance to share their experiences and insights.

An estimated 63 per cent of the world’s poor people work in agriculture, the overwhelming majority on rural small farms. While they produce much of the world’s food, they remain vulnerable to hunger and often struggle to make a decent living.

“No one is more qualified to contribute to this discussion on how to transform our food systems than the rural people who produce so much of our food. Yet they seldom have a seat at the table,” said Houngbo.

“I urge rural people to seize this opportunity and feed into this important discussion with their own ideas and solutions.”

As a part of its commitment to be a “People’s and Solutions Summit”, a 10-step guide has been unveiled for anyone wanting to host a dialogue, including tips to encourage the broadest possible variety of voices and perspectives, and training sessions for convening a session.

The results will be shared with those leading the five priority areas, or Action Tracks, of the Summit to help inform strategies for food systems that provide for all without exhausting natural resources.

“If you have ever wanted to share your views with heads of state at the UN, this is your chance,” said Kalibata, the UN Secretary-General’s Special Envoy for the Food Systems Summit.

“The success of the Summit hinges on the actions of people all over the world, which is why IFAD’s commitment to involve as many rural people as possible is so important. We need all of your stories, ideas and solutions to transform food systems for the better and feed the world without starving the planet. Now is your chance to take a seat at the table.”

Independent Dialogues, which can take any form from online webinars to town hall meetings, will take place alongside official Dialogues hosted by governments, and others that track international talks and events. In addition to IFAD’s leadership, the Summit is working closely with more than 30 other UN institutions through a UN Task Force, more than 75 networks in all parts of the world through its Champions Network, and several other constituency groups to ensure as many actors engage in independent dialogues as possible.

Anyone interested in hosting a dialogue can register on the Dialogue Gateway, where convenors can commit to the principles of the Summit, announce their dialogue and submit their feedback.

All reports from Independent Dialogues will be publicly available. In addition, the Food Systems Summit Secretariat has formed a strategic partnership with the Blue Marble Evaluation global network to professionally synthesize and analyse all reports submitted by conveners of the Independent Dialogues. The synthesis will identify common themes, important insights, proposed actions, and potential solutions that cut across the Dialogues. Synthesis findings will be public and periodically shared to inform deliberations in all aspects of the Summit process, as well as informing locally-owned actions after the Summit is over.

The Food Systems Summit Community, a platform for sharing and discussions, is also open to everyone with an interest in following developments and contributing to the Summit.

The Food Systems Summit was announced by the UN Secretary-General, António Guterres, in 2019 to identify innovative solutions that will transform food systems to be more inclusive, equitable and sustainable.

About the 2021 UN Food Systems Summit

The UN Food Systems Summit was announced by the UN Secretary-General, Antonio Guterres, on World Food Day last October as a part of the Decade of Action for delivery on the SDGs by 2030. The aim of the Summit is to deliver progress on all 17 of the SDGs through a food systems approach, leveraging the interconnectedness of food systems to global challenges such as hunger, climate change, poverty and inequality. More information about the 2021 UN Food Systems Summit and list of Advisory Committee and Scientific Group members can be found online: https://www.un.org/foodsystemssummit

The step-by-step guide for convenors of Independent Dialogues and more information can be found at: https://www.un.org/en/food-systems-summit/dialogues/independent