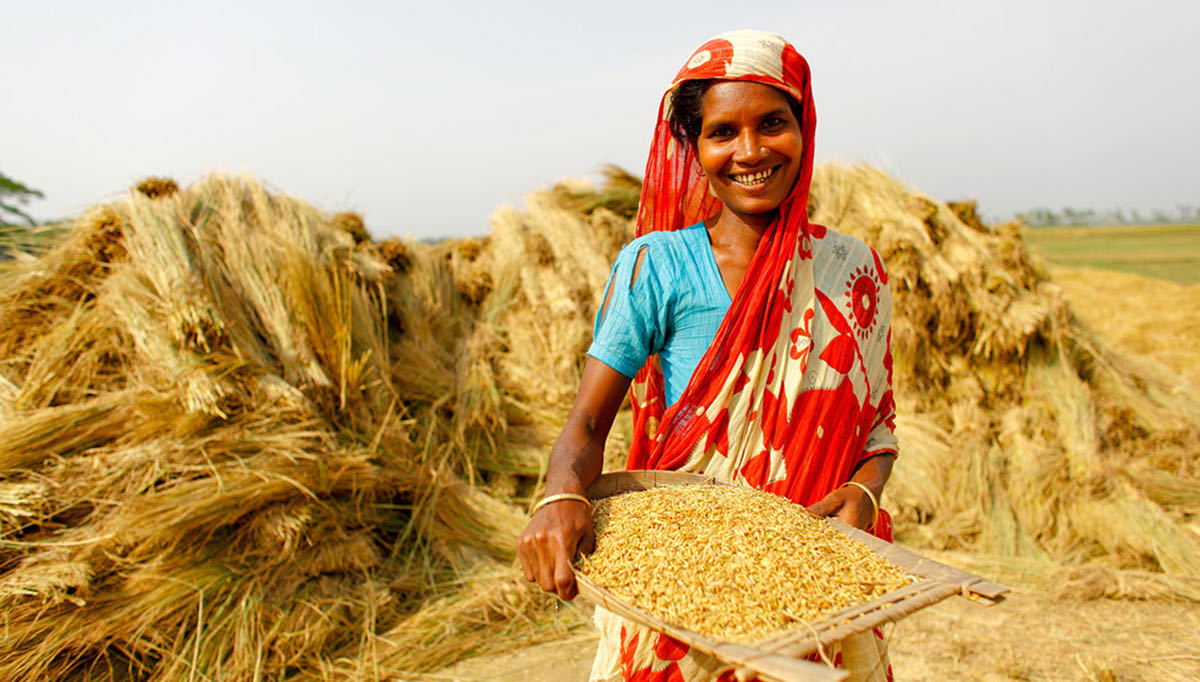 In this month’s episode, we’re focusing on youth and indigenous peoples as agents of change in the developing world.

First, we kick off the new year with IFAD’s Associate Vice-President Meike Van Ginneken as she sums up last year’s response to the COVID-19 crisis and looks ahead to IFAD’s first-ever virtual Governing Council.

Liu Nianhua, from China, has the latest on some new ideas that Chinese youth are bringing to sustainable agriculture.

We’re also introducing our new miniseries on women leaders in the ACUA Foundation. For our first segment, we speak with Lina Medina about some of the challenges facing Afro-descendant youth.

Finally, Guilherme Brady from FAO tells us about the UN Decade of Family Farming, and our reporter Freddie Harvey Williams has the latest on IFAD’s new report on nature-based solutions.

A look back and a look ahead with Meike Van Ginneken

The past year has been full of uncertainty and change, but also adaptation and innovation. IFAD’s response to the COVID-19 pandemic has sought to embrace both of these realities.

We caught up with IFAD’s Associate Vice President Meike Van Ginneken to sum up IFAD’s response to the pandemic during 2020. She also gave us a sneak preview of this year’s upcoming Governing Council – which, for the first time ever, will be held virtually. Stay tuned for some potential big announcements.

Every second year, IFAD hosts the Indigenous Peoples Forum, an ongoing series of dialogues and consultations among indigenous peoples’ organizations, IFAD representatives, and government officials. It has proven to be an effective instrument for policy and partnership development.

This year marks the Forum’s 10th anniversary. To celebrate the occasion, we sat down with Mattia Prayer Galletti, our specialist on indigenous peoples’ concerns. We also discussed some of the difficulties indigenous peoples around the world are facing – especially in terms of the pandemic – that events like the Forum can help us work toward solving.

Espiritu Santo, the largest island in the tropical archipelago of Vanuatu, is famous for its idyllic beaches and crystal-blue waters. But in recent decades, the local environment has begun to suffer – adding to the challenges faced by the indigenous peoples who live on the island.

The Eden Hope Foundation, a local organization, has partnered with IFAD’s Indigenous Peoples Assistance Facility on a project that seeks to empower indigenous women and youth living on Espiritu Santo’s west coast. Recently, the project was nominated for this year’s Indigenous Peoples Forum Awards.

We spoke with Dr. Christopher Bartlett and Maria Manwo, two representatives of the Eden Hope project. Christopher, an expert in climate justice and environmental rights, updated us on the current conditions in Vanuatu and spoke about the importance of the indigenous communities’ active involvement in the project. Maria, a research officer who specializes in fieldwork, spoke about her own experience as an indigenous woman and the changes she’s seen in the communities she works with.

Liu Nianhua works with the Sustainable Agriculture Group at the Summer Institute for China’s Green Innovators, an event co-hosted by China’s Tsinghua University and Apple, Inc. with support from the Chinese Ministry of Ecology and Environment. They study digital agriculture – the use of digital technologies to enhance agricultural practices – and they’re aiming to develop tools for sustainable farming that are customized for Chinese farmers.

We caught up with him to hear about his work with the project earlier this summer, along with his visit to the IFAD-supported Innovative Poverty Reduction Programme in China’s Sichuan province.

This month, we begin a new mini-series on women leaders from the ACUA Foundation, an organization supporting Afro-descendant communities throughout Latin America. Each month, we’ll be talking to women leading the Foundation’s work on topics such as gender equality, nutrition, and climate change.

For our first segment, we spoke with Lina Medina, a young entrepreneur and expert on youth engagement. From her farm in Colombia, she runs her own business in which tradition, agriculture and innovation come together as one.

We asked Lina about the keys to helping young people get interested in agriculture and choose careers in this field.

The United Nations has designated the years from 2019 through 2028 as the Decade of Family Farming – a time to highlight the important role these families play in feeding the world and shaping the future of our food systems. Last November, IFAD and FAO held a meeting with parliamentarians from around the world to discuss potential public policies and legislation to support family farmers.

We caught up with FAO’s Guilherme Brady to discuss the outcomes of the meeting. He also spoke with us about the importance of investing in family farming for achieving the Sustainable Development Goals – and for the benefits to the farming families themselves.

Earlier this year, the International Union for the Conservation of Nature released a set of global standards for nature-based solutions.

Our reporter Freddie Harvey Williams spoke with us about the new series.

Thanks to our producer Francesco Manetti, our reporter Freddie Harvey Williams, and everyone else who’s worked on this programme – but most of all, thanks to you for listening to this episode of Farms Food Future brought to you by the International Fund for Agricultural Development.

You can find out more about any of these stories at www.ifad.org/podcasts.

Remember, we want to hear from you – what you think about our stories and issues discussed, and who you want us to be talking to – so please get in touch with us at podcasts@ifad.org.

Also, don’t forget to subscribe to this podcast via your favorite platform – and please rate us!

Brian Thomson will be back in the presenter’s chair at the end of February, ready to celebrate International Women’s Day – and with more news fresh from the farm.

Until then from me, Rosa Gonzalez Goring, your guest presenter for this month, and the team here at IFAD – thanks for listening.