How savings groups are empowering women in Guatemala

Guatemala has the largest economy in Central America but it also has the worst rates of poverty and malnutrition. This is especially the case in rural areas and for indigenous communities - where eight out of ten people of indigenous descent live in poverty.

The Polochic River Valley in Guatemala is a fertile and beautiful land, known in particular for African palm and sugar cane exports. Ninety per cent of its 250,000 inhabitants belong to the Queqchi and Pocomchí indigenous peoples.

Lack of access to markets limit small producers and micro-entrepreneurs to create and expand businesses or increase their production and incomes.

Another major problem is limited access to rural financial services, which can be impossible to use without collateral or guarantees – in particular for rural indigenous women. To respond to these challenges, the IFAD-supported PRODENORTE project established savings and credit groups. 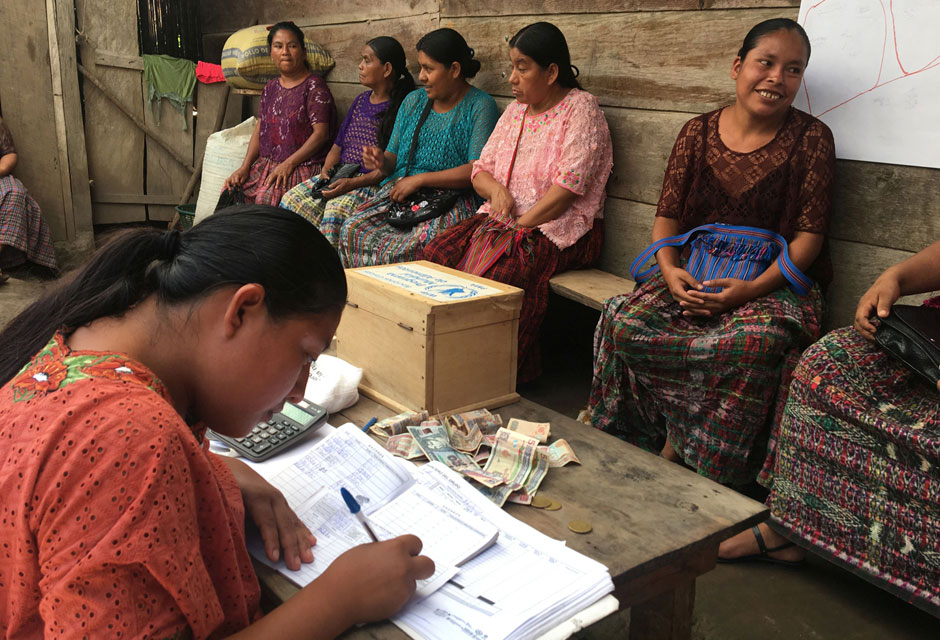 Each group typically follows the same model. Members meet every 15 days to provide their cash saving fees, which can vary between 20 and 200 quetzals (around UN$2.50 to US$25). Through a participatory, transparent and very rigorous process, the group’s administrator collects cash contributions of each member and records them methodically in individual accounting books. Three women elected by the group record and guard the savings following a strict differentiation of tasks under the group's careful social audit.

Starting with an initial investment of US$2,200 in 2016, one group’s six-monthly savings cycles have now increased to US$12,000 - a significant amount in this rural economy. Based on their own capital, members can access loans of around US$100, which they must repay in two or three months at five per cent interest. Depending on the time of year and the family situation of each member, the loans are used for economic activities, such as growing fruits and vegetables, breeding birds, making textiles, or to cover medical, school or household expenses.

Although almost half of the women who participate do not know how to read and write, the model works well and all loans are repaid. The project has so far supported 153 groups involving over 3,000 indigenous women.