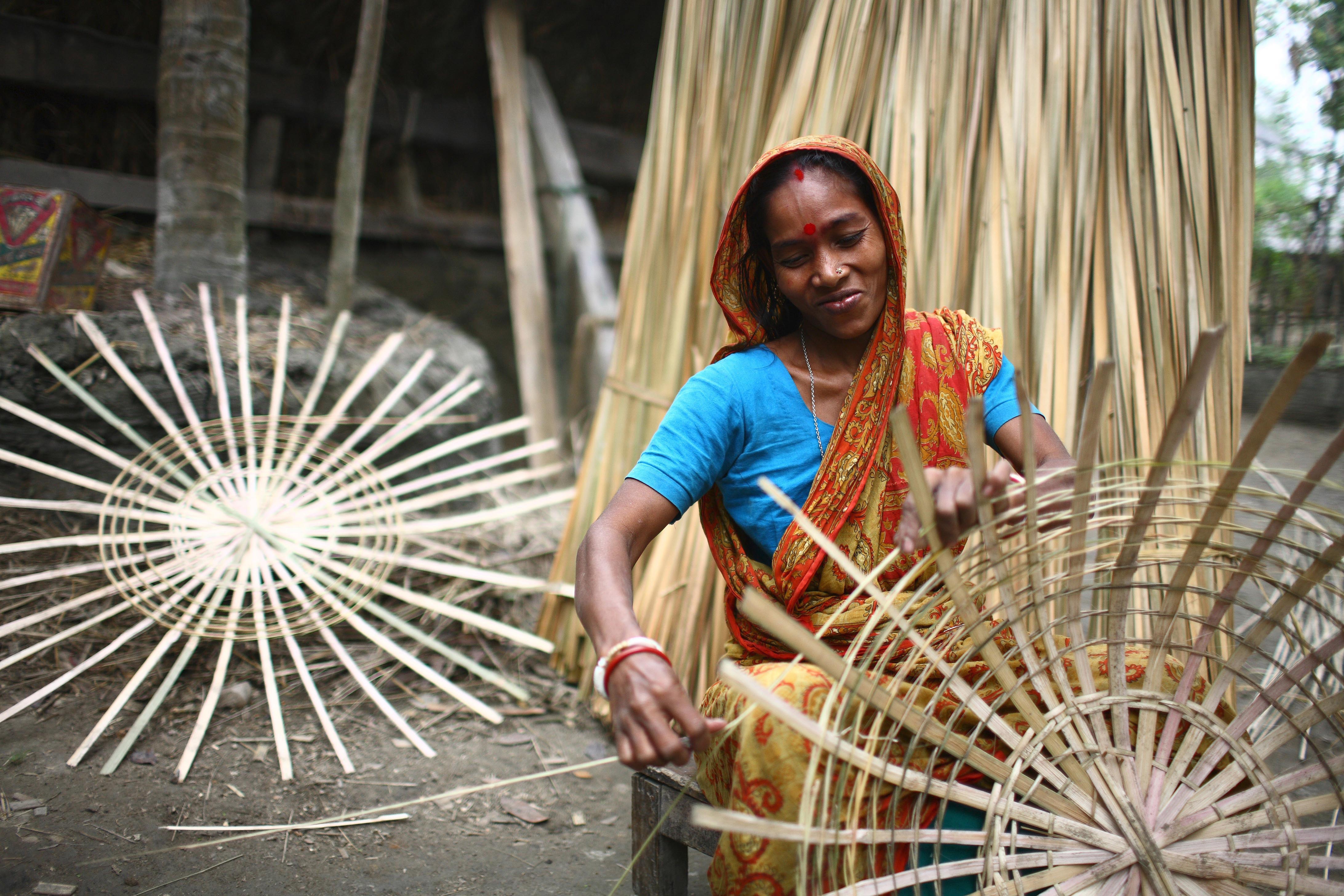 With an estimated 30 million hectares throughout the tropics in Africa, Asia and the Americas, bamboo can provide a significant contribution to combatting climate change in the developing world, particularly in rural communities.

Below, the International Bamboo and Rattan Organisation (INBAR) demonstrates five key ways that bamboo can help countries mitigate and adapt to the impacts of climate change:

Bamboo’s fast-growing and renewable stands sequester carbon in their biomass – at rates comparable, or even superior to, a number of tree species. The many durable products made from bamboo can also be potentially carbon-negative, because they act as locked-in carbon sinks in themselves and encourage the expansion and improved management of bamboo forests. A 2015 report by TU Delft, INBAR and Moso BV International found that bamboo could also be a favourable substitute for hardwoods, even FSC-certified ones, given its lower carbon footprint and lower eco-costs.

Bamboo can provide a sustainable source of bioenergy for the many people who rely on solid biomass for cooking, such as charcoal or briquettes. It can also be converted into gas or pellets, to provide a source of electricity and heating.

Because it regrows quickly and matures faster than most types of tree, bamboo can take pressure off other forest resources, reducing deforestation. Bamboo charcoal and gas boast a similar calorific value to commonly used forms of bioenergy: a community of 250 households require only 180 kilograms of dry bamboo to generate sufficient electricity in six hours.

In places such as the European Union, bamboo can be converted into pellets for electricity generation and heating, as a sustainable form of biomass and contribution to renewable energy targets. Because bamboo can be grown on marginal land, it does not need to compete with agriculturally productive areas.

Bamboo’s rapid establishment and growth allow for frequent harvesting. This allows farmers to flexibly adapt their management and harvesting practices to new growing conditions as they emerge under climate change. Bamboo provides a year-round source of income, and can be converted into an increasingly wide variety of value-added products for sale.

Bamboo is integral to many natural and agricultural ecosystems in and near the tropics. It is useful for restoring degraded lands for several reasons: it thrives on problem soils and steep slopes that are unsuitable for other crops, it is an effective windbreak, and its sturdy rhizomes and roots regulate water flows and prevent erosion.

A recently documented case in Allahabad, India, tells of the rebuilding of rural livelihoods where 80,000 hectares of degraded land were brought back into productivity using bamboo as a pioneer species. In 2018, INBAR released a report about the benefits of bamboo for land restoration in eight countries: China, Colombia, Ghana, India, Nepal, South Africa, Tanzania and Thailand.

Bamboo is a versatile and rapidly renewable resource with a wide range of livelihood applications. Its economic role is likely to expand at an accelerating pace – both locally and in international trade – as other forest resources become increasingly strained under climate change, as the imperative to mitigate climate change enforces less dependence on fossil fuels and endangered forest resources, and as research discovers new applications.

Bamboo lends itself to an estimated 10,000 documented uses – everything from furniture and paper to fabrics, processed flooring, and climate-smart housing. Bamboo alone will not solve the world’s climate change problems. But, if this strategic resource is properly harnessed, it offers practical solutions to climate change mitigation and adaptation – and a proven tool to fight rural poverty and restore the natural resource base that is the foundation for economic sustainability.