This was the first IFAD project in Botswana, funded by a loan of US$ 5.9 million and implemented over a ten-year period from 1983 to 1993. The Programme distributed about 55 000 on-farm investment packages to support 39 446 resource-poor farmers including female headed households who constituted about  45% of the beneficiaries. Additional farmers were encouraged to adopt improved farming practices such as row planting, water harvesting and other soil and water conservation techniques.

ALDEP established 170 demonstration farms to promote the adoption of improved technologies. After completion of the Programme, the Government of Botswana (GoB) financed a follow-up phase which continued along the same lines. 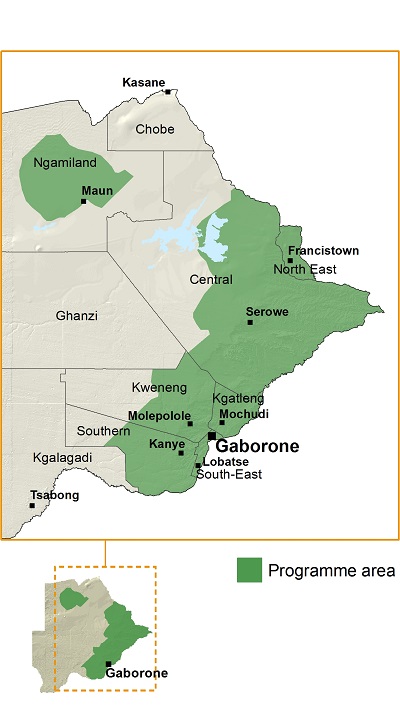