In the hilly areas that have been neglected – and/or affected by the devastating July 2006 war – the project addresses opportunities for farmers to increase their output and income through:

The project tackles the major constraint on development of the Lebanese agriculture sector: lack of water. The overall goal of the project is to reduce rural poverty by substantially increasing the agricultural productivity and income of the targeted households in the project area through:

The project will directly benefit poor, small-farm households that were directly or indirectly affected by the war. It will focus on the following zones: Akkar-Danniyeh, North Baalbeck and Hermel, South/Lower Litani, Mount Lebanon and other areas inhabited by the target population. Project beneficiaries will be selected from the estimated 24,000 poor and very poor households in these areas. 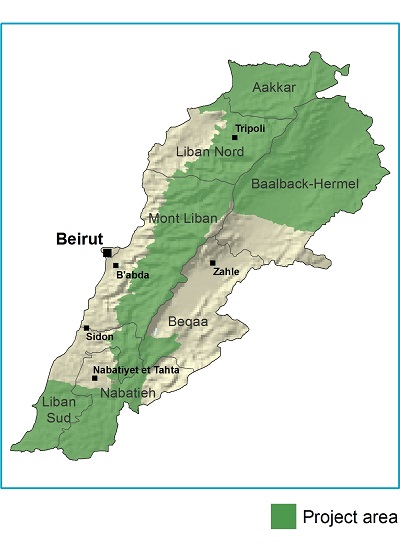