Mali remains one of the poorest countries in sub-Saharan Africa with high national poverty rates especially in rural areas, where 57.6 per cent of the population is poor. Food insecurity and malnutrition are high and aggravated by the recent food crisisand the constant threat of drought and climate change.

The Fostering Agricultural Productivity Project seeks to increase the agricultural productivity of smallholder agricultural and agribusiness producers in the targeted production systems and production areas by improving agricultural technologies, increasing arable land and providing capacity-building for stakeholders at all levels, with a special focus on women and youth.

The key project objective is to increase the productivity of smallholder agricultural and agribusiness producers in the targeted production systems (irrigated rice and vegetables, rainfed cereals, cowpea, fodder, livestock) within the targeted project areas.

The project has three components:

(i) technology transfer and service provision to agricultural producers;

(ii) investments in small- and large-scale irrigation; and

FAPP is a World Bank-initiated project and is cofinanced by the European Union, the Global Environment Fund and UNDP. The project will also call upon other development partners such as the Danish, Dutch, French and German development cooperation agencies. 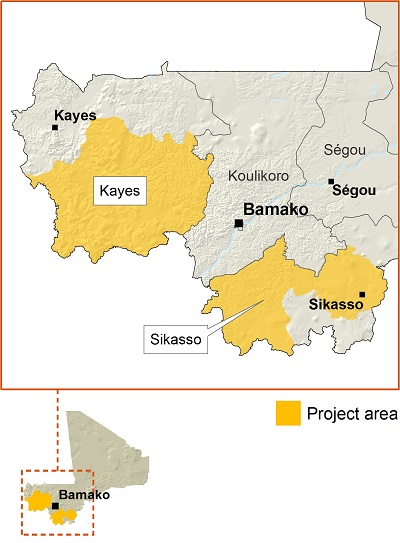