The Value Chain Development Programme's through greater professionalization and organization among smallholder agricultural producers within viable agricultural value chains, will help reduce the country's grain and dairy deficit. The project's goal are to:

The programme will directly reach 77,500 rural family farm households, or approximately 387,000 people. Around 262,000 people as well as hundreds of grass-roots associations, economic interest groups and services providers will also benefit indirectly from the programme.

Funding from the European Union

Its specific objective is to improve in a sustainable way the availability, quality and access to food products as well as the nutritional situation in the Imbo and Moso regions.

At the design stage, PROPA-O planned to reach 134,000 people from 20,000 households and 80,000 children under five years of age, for a total of 214,000 people. The concept paper included that women should benefit from the project activities equally and constitute at least 40 per cent of the members of the bodies of producer organisations. 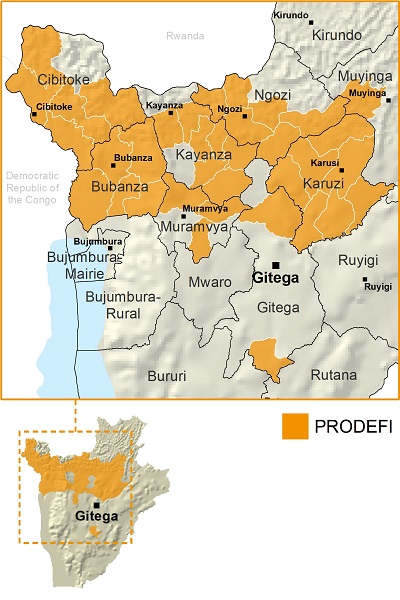