The overall goal of this project – also known as the Dom Helder Câmara Project, Phase II – is to reduce rural poverty and inequality in the semi-arid north-east of Brazil. To reach this goal, it works to improve policy dialogue, territorial planning and coordination of public policies and programmes.

The project's other development objectives include efforts to:

The project aims to reach the population in the core project area and beyond. The core area comprises 129 municipalities in nine Territories of Citizenship in seven states. Participants in state-level projects co-funded by IFAD in Bahia, Ceará, Paraíba, Piaui and Sergipe will also benefit from innovations and successful experiences tested by the project. In addition, the poor rural population of the whole semi-arid north-east will benefit from enhanced public rural development policies. 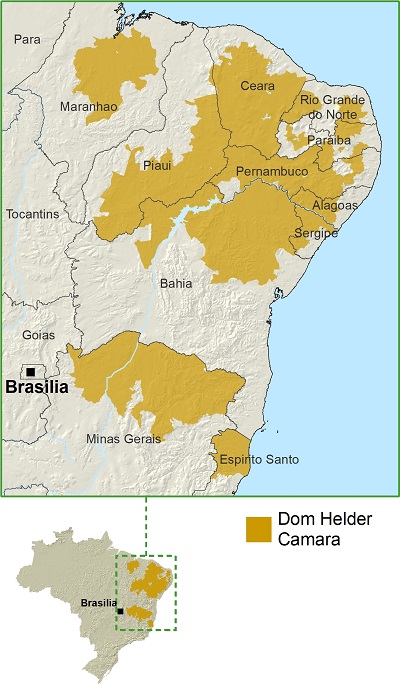