The Support to National Priority Programme 2 (SNaPP2) constitutes the first phase of IFAD support. It will be implemented in three selected pilot provinces, namely Balkh, Herat and Nangarhar, with planned geographical expansion to additional provinces over the second and third phases.

In the three pilot provinces, the programme will primarily focus on six districts: Nahri Shahi and Dih Dadai in Balkh; Karukh and Zendhajan in Herat; Darah e Noor and Khewa/Kuzkunar in Nangarhar. However, it will also invest in other districts to the extent required by relevant agricultural backward and forward linkages, value chain linkages, relevance of activities, synergy with other development operations, and security considerations 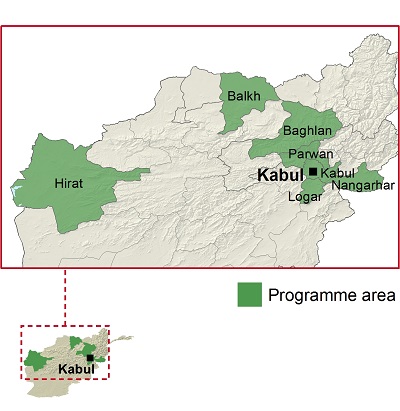