Papua New Guinea is a relatively young state, having gained its independence in 1975. About 40 per cent of the population lives under the poverty line. Agriculture employs 80 per cent of the economically active population, but it is still predominantly subsistence-level rather than commercial agriculture.

The MVF aims to improve the livelihoods of farming households by facilitating their transition to market-oriented production and farming as a business. It will support the development of sustainable business partnerships, in which farmers will have secure and remunerative market options and buyers will obtain a reliable and consistent supply of vegetables and other fresh produce. The project will target six provinces of Papua New Guinea: Eastern Highlands, Western Highlands, East New Britain, Jowaka, Morobe and Simbu. Around 25,000 farming households (approximately 125,000 people) will directly benefit from the project's work. 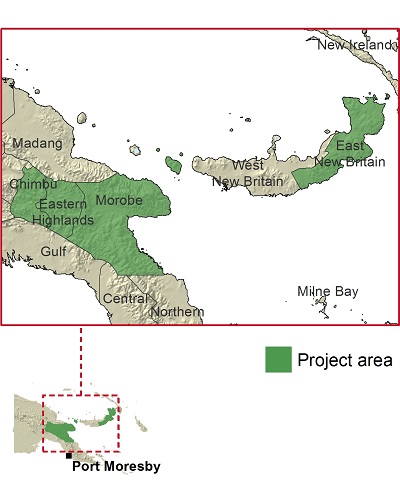