Chad is both a least-developed country and a low-income food-deficit country. It faces recurring droughts combined with poor (rainfed) farming practices that are highly vulnerable to climate change. Falling oil prices have also contributed to the decline of economic growth. However, the country’s agricultural sector, although underperforming, offers real development opportunities for smallholder farmers, the principal agricultural producers.

The Strengthening Productivity and Resilience of Agropastoral Family Farms Project (known as RePER) supports the Government of Chad’s National Development Plan in its efforts to modernize the agricultural sector, diversify the country's economy and improve the quality of life. It seeks to tap into the country's agricultural potential by promoting improvements in productivity that support food security, nutrition and resilience, while also fostering the development of emerging agropastoral value chains.

RePER will be implemented in Chad's Sahel region, mainly in the Batha, Chari Baguirmi, Guéra, Hadjer Lamis, and Salamat regions. It will complement the activities of the ongoing Project to Improve the Resilience of Agricultural Systems in Chad as well as extend activities to four new administrative areas. It is estimated that 146,000 households will benefit from RePER. 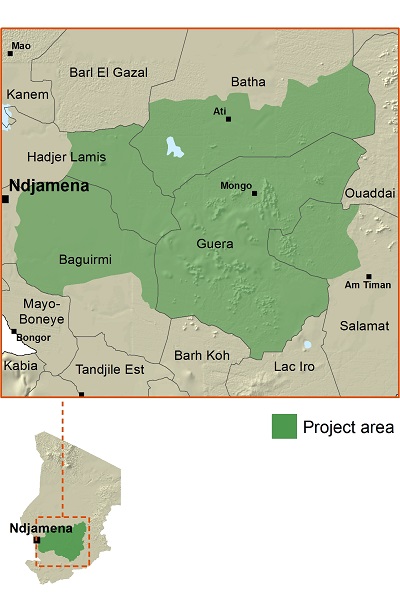