In Indonesia, agriculture remains the main source of income for one third of the total population and for 64 per cent of the poor. Although well-commercialized in some parts of the country, smallholder agriculture is less developed in the more geographically remote areas such as Sulawesi and the border districts in West Kalimantan and East Nusa Tenggara.

READ SI builds on and scales up the successful Rural Empowerment and Agricultural Development project. It aims to deliver sustainable improvements in the livelihoods of the rural poor by further increasing smallholder household assets and incomes, reducing chronic malnutrition in children, improving access to markets and services, and decreasing food insecurity. The project will directly benefit at least 342,000 small farmers, 50 per cent of whom will be women. 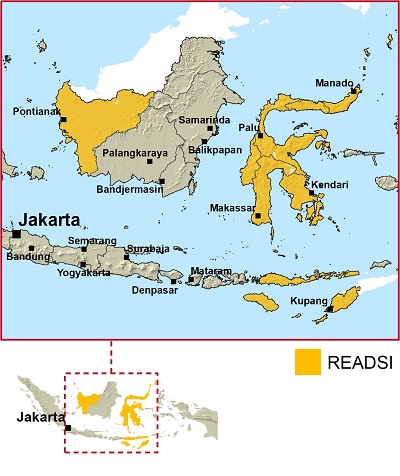