Since 2011, the southern part of Angola has experienced recurring droughts that have led to a lack of adequate pasture, reduced availability of water and increased vulnerability of livestock to disease. As most agriculture in Angola is rainfed and thus highly vulnerable to climatic events, the food production sector – and therefore livelihoods and food security – have suffered greatly. Local authorities lack the resources to fully implement the drought response, and there is a risk that many farmers will abandon their land and migrate to urban areas.

In response to this crisis, IFAD has initiated a number of projects in Angola focused on addressing negative climate-related events, and the Agricultural Recovery Project (ARP) is one of them. The project will focus on supporting smallholder farmers who have lost their agricultural production capacity by promoting sustainable farming practices and climate-smart agricultural technologies adapted to local conditions. It will also improve information systems for food security and animal health surveillance, introduce proper rangeland management systems and promote livestock-based livelihood diversification activities as part of a "building back better" strategy. ARP will intervene in three southwestern provinces: Benguela, Cunene and Huila. About 8,000 households, 30 per cent headed by women, and 30 per cent including youth, will be reached. 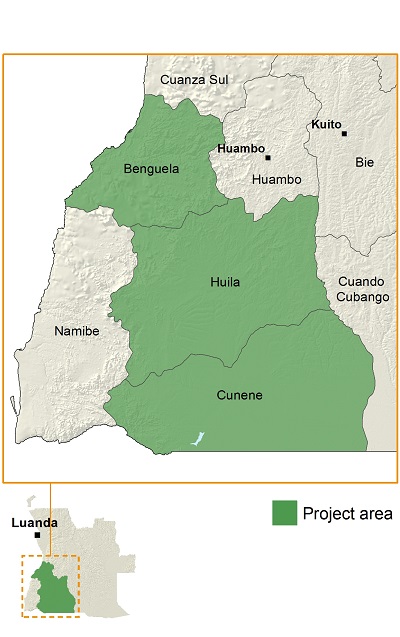