The project will be implemented in seven counties in the municipalities/prefectures of Zhaotong, Dali, Lijiang and Nujiang in the North-Eastern and Western part of Yunnan province, selected according to poverty incidence, presence of industries with a market potential, and commitment of the local government to the objectives and proposed approach of the project. 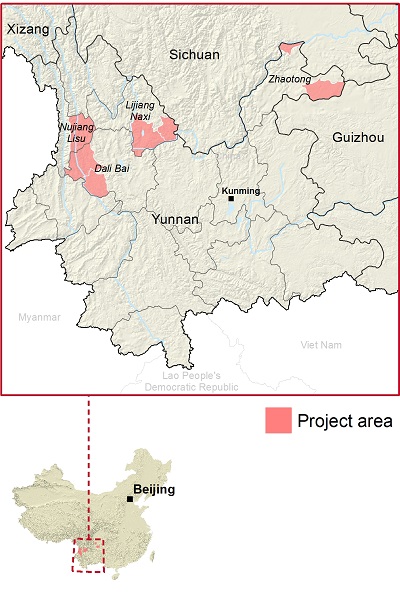