Joint Programme for the Sahel in Response to the Challenges of COVID-19, Conflict and Climate Change

The programme initiatives will be targeted at (i) family farms, small-scale producers and herders with low incomes, vulnerable and exposed to the risks of decapitalisation and crises (climatic, economic, health and conflict); (ii) producers', agro-pastoralists' and pastoralists' organisations, as well as their regional networks; (iii) socio-professional groups that are poorly represented in the production systems and often marginalised (in particular women, young people and people with disabilities).

The objective is to "strengthen the livelihoods of small-scale producers, particularly women and youth living in cross-border areas" through the adoption of sustainable production practices and social cohesion and gender transformation approaches. The programme in Senegal will reach a total of 18,000 agro-pastoral households over the six years for a total of approximately 180,000 people, 50 per cent of whom will be adult women and 40 per cent youth of both sexes, who will participate in various initiatives to increase their resilience. The first three-year phase will involve 10,000 households for a total of 100,000 people. 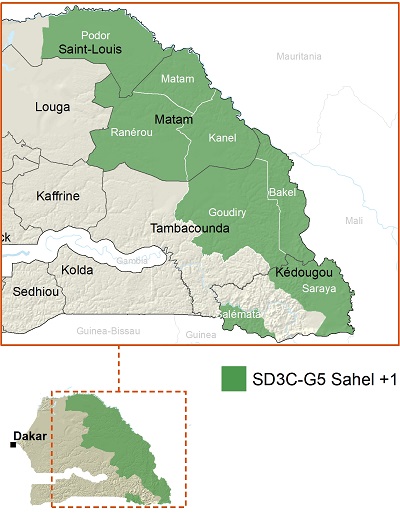