Brazil is a major agricultural and industrial power, and the strongest economy in Latin America and the Caribbean. It is the fourth largest agricultural producing country in the world, the main producer of coffee, sugarcane and citrus, and the second-largest soybean, beef and poultry producer.

In 2014, Brazil was hit by the second worst economic recession in its history. While there are slow signs of recovery, the crisis is not expected to recede before 2021 and has put the efforts to reduce the poverty and inequality reduction across the country under strain. Recent data shows that, between 2016 and 2017, the poor population increased from 25.7 per cent to 26.5 per cent, which means that about 2 million people have regressed to the condition of poverty. Brazil is a country with accentuated regional disparities and the northeast region is characterized by a high concentration of poverty, with 44.8 per cent of its 57 million inhabitants living below the poverty line, and 14.7 per cent in extreme poverty. These numbers differ considerably from the other regions of the country that express the following percentages of extremely poor: 2.9 per cent in the South, 3.6 per cent in the Midwest, and 3.8 in the Southeast. The only region that has similar values is the North, with 11.8 per cent of extremely poor population. Nevertheless, the North only has proximately one third of the Northeast population. Therefore, the Northeast region stands out with the largest concentration of highly vulnerable people in the country.

However, the agricultural sector shows a strong dichotomy. Most of its dynamism is created by corporate agriculture and driven by the production of export commodities, mostly harvested in the South, Southeast and Centre-west regions. Family farming is still characterized by low economic dynamism and a high incidence of poverty, especially in the Northeast and North regions.

In Brazil, IFAD investments focus on rural development activities in the Northeast semi-arid region of the country, known as Sertão. IFAD started collaborating with Brazil’s federal and state governments in the 1980s.

All IFAD-supported projects in the country focus on supporting and promoting family farming. The goal is to increase family farmers’ production and income by facilitating their access to essential services, strengthening their organizations and connecting them to markets.

Activities also target the most marginalized groups, such as indigenous and quilombola (afro-descendant) communities, agrarian reform settlers, women and youth.

Over the years, the lessons learned from IFAD-funded operations in Brazil have been shared with government officials, development partners, civil society, the private sector and family farmers via policy dialogue forums and the knowledge-sharing programme, Semear International.

Networking for scaling up is a key feature of IFAD’s country programme, which is now expanding its web of international cooperation among strategic partners, United Nations agencies and both Brazilian and international financial institutions.

Between 1992 and 2015, the proportion of the population living in poverty decreased from 35.8 per cent to 7.6 per cent, but started to rise again in 2016 due to the effects of economic recession.

Eighty-five per cent of the 5 million agricultural production units are exploited by family farmers. Family farming accounts for up to 70 per cent of some of the country’s staple food production, employs three quarters of the farm labour force and is responsible for one third of agricultural income. 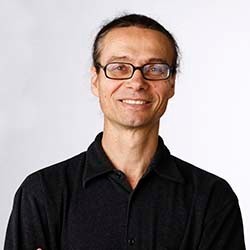 Planting climate resilience in rural communities of the Northeast Project

November 2017 - NEWS
Gilbert F. Houngbo, President of the International Fund for Agricultural Development of the United Nations (IFAD), will highlight the importance of innovation in reducing rural poverty during his keynote speech at this year’s Brazil Africa Forum, 23-24 November in Sao Paulo.

July 2020 - STORY
For all the chaos they bring, crises also have a way of giving birth to unexpected opportunities. One way they do this is by urging people to develop new tools to help them resist disaster.

May 2020 - STORY
In north-eastern Brazil, as in so many other places, rural women's work is often invisible. But a revolution is taking place – and IFAD is a part of it.

April 2020 - STORY
An organization of artisan women, facing a slowdown in their work due to the economic effects of the COVID-19 pandemic, has begun to make protective gear for local health care workers.
View More

The strong partnership between IFAD and Brazil is based on a shared commitment to reducing poverty and pursuing innovative ways to assist rural communities.

May 2020
The Rural Communities Development in the Poorest Areas of the State of Bahia (Project Gente de Valor) was designed to strengthen the capacity of rural communities to thrive in the drought-prone environment of Brazil's north-east region through improved access to water, increased productive capacity, and empowerment of participating communities.