Colombia has a diverse culture that reflects the indigenous, Spanish and African origins of its people. Although the country is well endowed with abundant natural resources and is making progress in reducing violence, it still has one of the greatest levels of economic inequality in the world.

In 2018, monetary povert affected 27 per cent of the total population but 35.1 per cent of rural people. Poverty indicators are significantly higher among rural, indigenous and Afro-descendant populations. Today, in rural Colombia, 7.2 per cent of the population -3.5 million of citizens- live in extreme poverty.

In addition to poverty, there are other challenges such as the migrant flux coming from Venezuela – currently, more than 1.4 million of Venezuelans live in Colombia-, rising food insecurity –affecting 11% of children nationwide but 29% of indigenous children-, lack of opportunities for rural youth –that reaches 39%, and where youth unemployment is 18%-, the implementation to the Peace Agreements and the recurring violence from armed groups. This context affects Colombians, in particular, to those living in rural areas, where opportunities are limited.

This year, the Colombian government approved their National Development Plan 2018-2022, called "the Pact for Colombia, pact for equity", which aims at boosting equality, entrepreneurship and legality. It also promotes rural development through the acceleration of economic growth and the generation of equal opportunities for all. This pact is aligned with IFAD objectives as it includes opportunities for social and productive inclusion. In this regard, the plan focuses on access to labour markets and decent income, with special emphasis the poor and vulnerable populations (rural youth, women and indigenous people).

Moreover, currently the government is elaborating a National Strategy for International Cooperation, that will identify national priorities and be aligned with the Agenda 2030, in areas including peace building, migration, rural development and the orange economy.

Sustainable agriculture remains a key issue for the country, as one fifth of its population live in rural areas. Its contribution to the economy can be seen in the generation of

6.3 per cent of total GDP and 16.4 per cent of employment. Climate change continues to affect small-scale rural producers. Temperature increases and changes in precipitation patterns are likely to be the most significant climate changes in Colombia. Coastal areas are vulnerable to flooding events (which can increase infections such as dengue, malaria). Water shortages are likely to become more significant. This could impact irrigated agriculture, human health, and other sectors that rely on a consistent water supply.

In Colombia, IFAD loans and grants support two main objectives: i)  support small-scale farmers and rural entrepreneurs to increase their productivity and income, through the improvement of their assets, their association capacity, their access to markets and to inclusive financial services; and ii) strengthen the institutional and legal framework at the territorial level, to foster the implementation of the agenda for rural development and peace agreements. IFAD interventions take place in prioritized territories within the government post-conflict strategy.

In this sense, IFAD country strategy is aligned with the NDP and the 2030 Agenda. 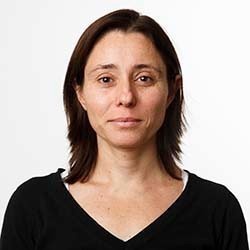 Post-conflict Colombia should be a land of opportunities for small farmers, says UN agency

August 2016 - NEWS
Rome, 29 August 2016 – A lasting peace in Colombia will only be possible if small farmers have the right opportunities to develop and prosper, said the
View More

No ordinary solution: Afro-Colombian ingenuity in the fight against COVID-19

May 2020 - STORY
The story of the Afro-Colombian community has always been one of resilience. Historically, this group has faced the country’s highest rates of poverty and food insecurity, and has lacked access to many basic services.

Afro-descendants are among the most vulnerable populations in Latin America, facing the region’s worst rates of inequality, violence and rural poverty. A recent IFAD-supported grant worked to challenge these trends, empowering Afro-descendants to exercise their rights, increase their incomes and achieve greater social inclusion.

September 2015
Since the 1990s, Colombia has experienced sustained, strong economic growth. However, it is one of the most unequal countries in the world. The gap between urban and rural areas is particularly wide. While the incidence of poverty is 27.8 per cent of the population at the national level, 40.3 per cent of rural people live in poverty. The percentage is even higher among indigenous peoples and communities of African descent. The agricultural sector represents 6.1 per cent of Colombia’s GDP and 16.3 per cent of employment. However, these figures could be even higher because the country has huge agricultural potential.

June 2011
This paper reports on the major findings of a study on innovations in training and capacity building developed within the Rural Opportunities Programme of Colombia’s Ministry of Agriculture and Rural Development.
View More