Despite recent economic growth from the mining sector, Eritrea remains one of the least developed countries in the world. The economy has yet to fully recover from the effects of 30 years of war, leading to high unemployment, few income-generating opportunities and high levels of poverty. Eritrea and Ethiopia signed a peace agreement on 9 July 2018, which has put an end to a longstanding conflict. In addition, the United Nations Security Council lifted sanctions in November 2018, widening the space for international cooperation. The peace dividend offers Eritrea new opportunities to reallocate public resources, create opportunities for youth and demobilized soldiers, and update its development strategies.

The country is highly dependent on rainfed agriculture, making it vulnerable to food and nutrition insecurity. Periodic droughts have worsened the situation.

Agriculture is the mainstay of the economy, accounting for about 24 per cent of GDP and almost all rural employment. Mining (copper, gold, iron ore, nickel, silica, sulphur, marble, granite and potash) is becoming increasingly important and a major attraction for foreign investors. Over the medium term, further prospects exist in improved trade with Middle-Eastern and Asian countries, growth of the food sector and the development of the tourist industry.

Eritrea has 26 per cent arable land, but only four per cent is under cultivation. Farming, animal herding and fishing are the mainstay of livelihoods for more than 75 per cent of the population. These sectors also account for about 20 to 30 per cent of commodity exports.

About 65 per cent of Eritrea’s rural population is poor, and 37 per cent faces high food insecurity. In good rainfall years, the country is only 60 per cent food-secure, and this figure falls to 25 per cent when rainfall is low.

Overcoming these constraints will require adoption of proven and affordable technologies; production and distribution of improved seeds; expanded and improved irrigation; innovative approaches to soil and water management; and promotion of sustainable natural resource management.

In Eritrea, recurrent droughts and climate shocks have made the management of natural resources a priority.

IFAD loans build the resilience of rural people and the ecosystems from which they secure their livelihoods. Activities target areas of the country where rural poverty is most severe and where social and economic infrastructure has been seriously disrupted by conflict.

Our programmes and projects integrate climate change adaptation and climate-resilient conservation to improve crop and livestock production, and thus nutrition. Our strategy is aimed at supporting rural communities to transition from reconstruction and rehabilitation to structured development. 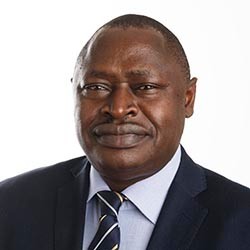 September 2009
The project will reverse the decline in productivity of Eritrea’s soil resources;
restore vegetative cover and habitat diversity in areas of degraded rangelands,
forests and woodlands; and increase biodiversity within crop, livestock and
forest production landscapes.

Enabling the rural poor people to overcome poverty in Eritrea

IFAD’s experience in Eritrea underscores the difficulty of operating in an acutely poor country affected by armed conflict. There are severe constraints on institutional capacity and human resources. Few skilled local staff are available and the capacity of public service
providers to intervene in new projects is limited.
IFAD began operations in the country in 1995, just two years after independence, and its first project had the aim of rehabilitating the crucially important irrigation system in the eastern lowlands. A second project was approved in 2002 to increase farmers’ incomes
from crop and livestock production in the western lowlands. IFAD’s loans to Eritrea total US$22.7 million.

In Eritrea IFAD’s strategy focuses on the reconstruction of communities and their development needs. Improving the management of natural resources is also a priority.
Assistance is directed at the eastern and western lowlands, where rural poverty is most severe and where social and economic infrastructures have been seriously disrupted by the conflict. These are also the areas with the best immediate prospects for expanding the production of small-scale farmers.