With 105 million inhabitants, Ethiopia is one of the most populous countries in the world. It is also one of the top performing economies in sub-Saharan Africa.

Agriculture is the mainstay of the economy. Exports rely almost entirely on agricultural commodities such as coffee, seeds, pulses and livestock. The country has experienced strong economic growth in recent years, and substantial progress has also been made in social and human development over the last decade. Yet poverty remains a major challenge.

Around 85 per cent of Ethiopia’s inhabitants live in rural areas. The 2015/16 El Niño induced drought had severe impact on agricultural production (crop and livestock), which left nearly 10 million people in need of food assistance. However, improved weather conditions and measures taken by the government to mitigate the effects of the preceding year’s drought have improved livestock production and productivity during 2016/17.

Ethiopia is also one of the largest refugee-hosting countries in the world. It has over 905,831 registered refugees (as of August 2018), most of them from Eritrea, Somalia, South Sudan and Sudan.

Ethiopia is one of the fastest growing countries in the world, with a population growth rate of 2.6 per cent annually. This is putting great pressure on land resources, worsening environmental degradation and raising the risk of food shortages.

Agricultural productivity is being hampered by land degradation, poor water management, low technology usage and an underdeveloped marketing system, among other factors. The country loses about 2 billion tons of fertile soils annually to land degradation, and the siltation of water bodies is already a major threat to irrigation development.

Ethiopia is also facing a youth bulge. More than 40 per cent of the population is below the age of 15, and 71 per cent is under 30.

In both rural and urban areas, many young people, particularly young women, are unemployed or working in the informal sector. Most young people live in rural areas, where livelihood opportunities are increasingly scarce.

In Ethiopia, IFAD supports rural people in raising their incomes and improving food security, as well as increasing their contribution to the country’s economic development.

IFAD’s loans support programmes that provide smallholder farmers, pastoralists and agro-pastoralists with the assets needed to enhance their productivity and resilience. They help them gain access to natural resources, technology, finance, institutional capacity and markets.

IFAD’s investments target food insecure areas of the country, focussing on the poorest communities. They are intended to benefit particularly women and young people.

Key areas of investment include: 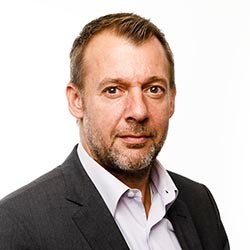 October 2020 - NEWS
Against the backdrop of the global impacts of the COVID-19 pandemic and climate change, the Government of Ethiopia and IFAD have launched a new US$305.7 million programme to help the most vulnerable farmers increase their resilience.

January 2020 - NEWS
A new US$305.7 million programme will help more than 13 million of Ethiopia’s most vulnerable farmers to increase and diversify their incomes, access financial services and build their resilience in rural areas threatened by climate change.

November 2019 - NEWS
Half a million of Ethiopia’s most vulnerable families are set to benefit from a new US$451 million project to increase their resilience to climate shocks in the country’s poorest regions.
View More

The value of indigenous tree species in Ethiopia

April 2019 - PHOTO
In the Chencha region of southern Ethiopia, erosion continues to be a pressing concern for the Gamo people, one of the main indigenous tribes of Ethiopia. The Gamo people live in the highland area and primarily practice mixed agriculture and weaving.

Gendo Gembela Tsire is a women’s group in Chencha district, Ethiopia who are demonstrating the process of making kocho (to make traditional flatbread) and bula (a flour blend prepared as a porridge) from the enset crop.

September 2017 - STORY
In September, the Heads of the UN’s three Rome-based food agencies visited drought-affect parts of Ethiopia where at least 8.5 million people were in need of food aid.
View More

Investing in rural people in Ethiopia

Since 1980, IFAD has invested US$751.6 million in 20 programmes and projects in Ethiopia, with an overall cost of US$2,157.6 million and benefiting more than 11 million households.

July 2019
For millions of poor people in East and Southern Africa, bamboo has huge potential to alleviate poverty, protect the environment and help achieve the SDGs.
View More

August 2020 - VIDEO
Water is a vital ingredient for growing many crops around the globe, but while the world has enough water, it’s often not in the right places, at the right time.

Joint visit of Heads of UN Rome-Based Agencies to Ethiopia

In September 2017, the heads of the UN food agencies - FAO, IFAD and WFP - travelled together to Ethiopia to assess how to work closer together to eradicate hunger and poverty. With visits to the drought-hit Somali region and the more developed Tigray region, they examined how to narrow the gap between humanitarian and development investments to ensure people are more resilient to droughts and other climate shocks.