Over 75 per cent of Kenya’s estimated 43 million people inhabit rural areas, where around half of the population lives in poverty (as of 2009). Arid and semi-arid lands make up more than 80 per cent of the country’s land mass and are home to approximately 36 per cent of its population. These areas have the highest incidence of poverty.

The agriculture sector remains the backbone of the Kenyan economy, employing 80 per cent of the rural population and accounting for about 65 per cent of exports. Kenya also has one of the largest and most developed dairy sectors in sub-Saharan Africa. It accounts for about 4 per cent of GDP and grows 4 per cent annually.

Kenya became a low-middle-income country in 2014. Its economic growth is expected to continue at an annual average rate of 5.9 per cent over the next five years. However, poverty and income inequality remain persistent challenges. Approximately 10 million Kenyans suffer from chronic food insecurity and poor nutrition.

Rural poverty remains high due to population growth – the national population has more than tripled over the past 30 years – and dependence on rapidly depleting natural resources. The degradation of natural resources hits women the hardest, as they assume greater responsibility for providing their families with food, water and fuelwood.

The agriculture sector, which contributes over 25 per cent of annual GDP, is also threatened by the changing climate. If this is not addressed, its economic costs are estimated at 3 per cent of GDP per year by 2030, and could reach 5 per cent by 2050.

Nearly all the country’s crop production is rainfed, and almost half of animal production occurs in arid and semi-arid lands. The growing impact of drought and unreliable rainfall are expected to significantly constrain the sector.

Kenya’s long-term development blueprint, Vision 2030, was launched in 2008. It was designed to guide the nation’s transformation into an industrialized, middle-income country.

The country’s agricultural development strategy for 2010-2020 aims to achieve agricultural growth of 7 per cent annually and reduce food insecurity by 30 per cent. The Government and IFAD believe that improving people’s access to key staple cereals can help to reduce poverty and food insecurity.

The country strategic opportunities programme for 2013-2018 has three strategic objectives:

In the past, IFAD activities concentrated on rural areas with medium to high productive potential, where most of Kenya's poor people live.

Under our new strategy, we are extending support to the country's arid and semi-arid lands. This shift supports the government's commitment to improve small-scale irrigation, extension services, marketing and access to financial services in areas with high poverty rates. The emphasis is on a market-oriented approach in the sectors of horticulture, dairy production, cereal commodities and rural finance.

The agriculture sector remains the backbone of the Kenyan economy, employing 80 per cent of the rural population and accounting for about 65 per cent of export earnings.

Kenya has one of the largest and most developed dairy sectors in sub-Saharan Africa, accounting for about 4 per cent of GDP and growing 4 per cent annually. Over 1 million smallholder farmers depend on dairying for their livelihoods.

Since 1979, IFAD has invested a total of US$336.3 million in 18 programmes and projects in Kenya, with a total cost of US$676.0 million, benefiting about 4.3 million poor rural households. 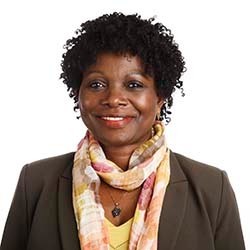 December 2018 - NEWS
Rural development projects financed by the International Fund for Agricultural Development (IFAD) have contributed to increase productivity, incomes and food security in Kenya, according to a new report presented today in the capital city of Nairobi.

November 2018 - NEWS
The Independent Office of Evaluation of the International Fund for Agricultural Development (IFAD) and the Government of Kenya are holding a one-day workshop to present the results of an independent evaluation of IFAD's country strategy and programme in Kenya.

November 2015 - NEWS
A week before world leaders gather to hammer out an international climate agreement, the President of the International Fund for Agricultural Development
View More

Before and during COVID-19, an e-voucher initiative makes a difference for Kenyan farmers

A future for students with water, vegetables and roses

In Kenya’s Nyeri county, sustainable water system technologies have substantially improved the lives of students, staff and surrounding communities and have opened up a brighter future for many.

Could avocados save Nairobi's water?

Esther Wandia is an avocado convert. Two years ago, the single mother of four decided to set up a tree nursery on her farm in Makomboki, in a hilly area north of Nairobi known for its tea production.

This study reviews evidence on initiatives that invest in climate-resilient infrastructure to support smallholder farmer organizations and agribusinesses in the micro, small and medium-sized enterprises (MSME) category and, ultimately, to foster inclusive and sustainable agricultural value chains. Case studies from the BRACED and ASAP programmes across sub-Saharan Africa are presented.

July 2016
This module provides guidance and a comprehensive menu of practical tools for integrating gender in the planning, design, implementation, and evaluation of projects and investments in climate-smart agriculture (CSA). The module emphasizes the importance and ultimate goal of integrating gender in CSA practices, which is to reduce gender inequalities and ensure that men and women can equally benefit from any intervention in the agricultural sector to reduce risks linked to climate change. Climate change has an impact on food and nutrition security and agriculture, and the agriculture sector is one of the largest emitters of greenhouse gases. It is crucial to recognize that climate change affects men and women differently. The initial assumption is that social differences, particularly gender inequality, must be taken into account to strengthen the effectiveness and sustainability of CSA interventions. Women are key players in the agricultural sector, yet compared to men, they own fewer assets and have access to less land, fewer inputs, and fewer financial and extension services.
View More

From low to high: Increasing productivity and purchasing power in Kenya

May 2019 - VIDEO
There are more than 7.5 million smallholder farmers in Kenya, accounting for about 75 per cent of the country's total agricultural output.

This episode of Recipes for Change is about cooking with sorghum - a crop that has been neglected in Kenya in favour of the more popular maize. Now, with low rainfall causing maize harvests to fail, drought-tolerant sorghum is making a resurgence and celebrity chef Ali Artiste sees how sorghum recipes are being rediscovered in rural areas.